Here are some of the most entertaining and/or inspirational 2018 holiday campaign videos we’ve come across so far.

As far as ads go, holiday-themed short films, especially during the Christmas period, tend to gain more traction than the usual commercials. Whether they pull on your heart strings, put a smile on your face or solve your Secret Santa gift shopping woes, they all add to the jolly festive spirit of the season.

That said, some films can be borderline cringy when not well conceptualised or executed. On the other hand, when an original idea and creative videography skills come together, magic is made in the form of a holiday campaign that impresses well upon an audience.

With regards to the latter, here are some of the most entertaining and/or inspirational 2018 holiday campaign films we’ve come across so far. Watch these with a loved one to share the ‘feels’!

If there’s a holiday film that will leave you with a song stuck in your head, it’s Amazon’s. How can it not when they remake a song from Jackson Five (hint: see video title)? That’s right, the Amazon Singing Boxes are back and they’re taking over Christmas with a hit song that’s sure to get everyone – young and old, human and pets – in the mood for celebration. Yes, we can definitely feel it.

Burberry – “Close Your Eyes and Think of Christmas”

Ever watched a Christmas campaign video with somewhat eerie vibes? That’s Burberry’s 2018 take for you. Not that we’re saying this to put you off; on the contrary, it’s rather enlightening to witness a depiction of Christmas through the eyes of artist and photographer Juno Calypso, who’s all too familiar with the unpredictable British weather and delayed trains of the season. It’s not all solemn though, as the video still ends with festive feasts and family togetherness starring Matt Smith, M.I.A, Naomi Campbell and her mum, Valerie Morris-Campbell. Perhaps this may hit home for some (especially the British) to look on the bright side when faced with inconveniences this holiday?

Pop sensation and global face of Coach Selena Gomez stars yet again in another brand campaign video, this time alongside a cast of animated animals. They are portrayed in a comical audition for the ‘gig of the season’ – the Coach holiday windows. Shot in a playful and irreverent style, the short film highlights the tradition of holiday windows and gift giving at this time of the year.

Tiffany & Co’s campaign film opens at its flagship at Fifth Avenue where actress, musician and style icon Zoe Kravitz plays a sales professional working late into the evening. She gets distracted by the holiday windows displaying a Tiffany workshop and gets magically transported from reality into the gift manufacturing wonderland. There, model Xiao Wen Ju sits at the helm while models Karen Elson and Maye Musk cameo as craftsmen at work creating exquisite Tiffany jewellery pieces. The video culminates in a “madcap tea party” hosted by Naomi Campbell, featuring pastries from The Blue Box Cafe™ and houseware from the Home & Accessories collection. At the end of it, Zoe wakes up to discover it was a dream – but the title of the campaign says it all.

Anyone who’s ever had an inch of self-doubt will be moved by Apple’s animated short film this holiday. Accompanied with an original song by Billie Eilish, “come out and play”, it’s no wonder the film has hit over 8 million views on Youtube in two weeks. Focusing on the other meaning of ‘gifts’ (not the one instigating mass consumerism), the tech behemoth presents an all-too-relatable tale of a girl who’s too afraid to share her talent with others. She goes out her way (literally) to prevent anyone from finding out her ‘hidden gift’ only to have it accidentally exposed all the more. But what happens next is something we’ll leave the film to show for itself. 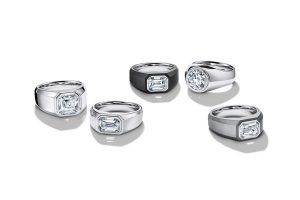 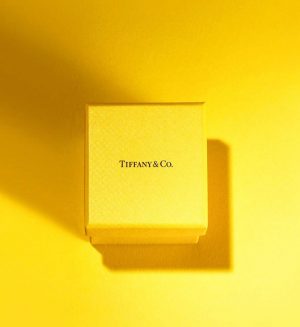 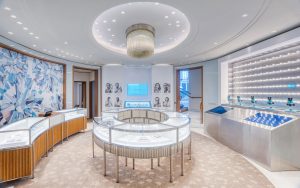