There may not have been elephant polo, nor a royal parade, and certainly no 21-gun salute, but there were figurative fireworks – the kind that excites your palate, quickens the blood flow, and if not enjoyed in moderation, elevates the senses beyond sensibility – as Royal Salute unveiled 2 new expressions at an event hosted by His Grace Torquhil Campbell, the 13th Duke of Argyll.

For the uninitiated, the self-styled “King of Whiskies” didn’t gain its name just from the Chivas Brothers’ marketing team. Rather, it got it from its special connection to British royalty, having been created to mark the coronation of Queen Elizabeth II, and the tradition of firing canons to honour sovereigns – the namesake 21-gun Royal Salute. With that, it was fitting that a Duke himself would introduce the new 21-year old Malts Blend and 21-year old Lost Blend, alongside a new look for the 21-year old Signature Blend, to the Malaysian market.

The Malts Blend is the first blended malt whisky from the brand, crafted with more than 21 single malts, aged no fewer than 21-years from across the five whisky regions in Scotland. The end result of Master Blender Sandy Hyslop’s work is a fruity and spicy whisky that while we were shown can be paired well with a smoked duck among other things, I learned is best enjoyed with a little bit of water, if not on the rocks.

The Lost Blends will require a little bit more searching from the average whisky connoisseur to procure as it’s only available in travel retail. While you won’t have to traverse secret trap-laden dungeons to get your hands on a bottle, you will have to travel to the mystical realm of Duty Free stores. 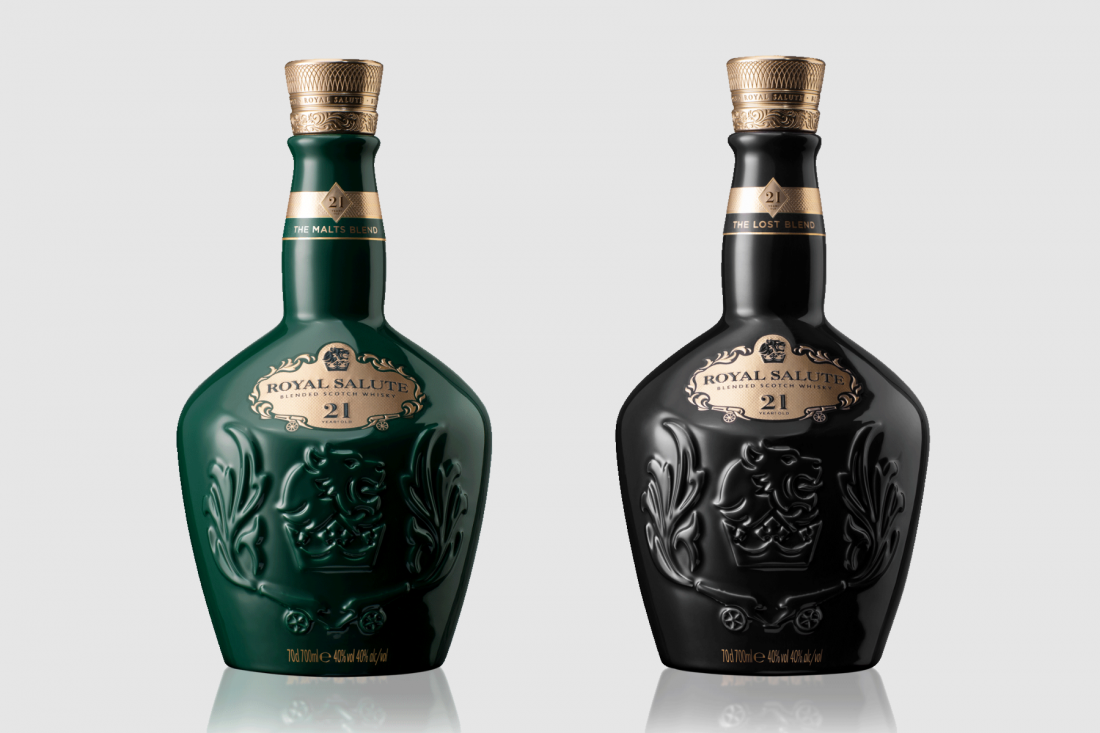 The first peated whisky from Royal Salute, the Lost Blends is crafted from rare and scarce aged whiskies from distilleries that are now lost to time, having ceased operations. The Lost Blends brings a new flavour profile to Royal Salute complementing the sweet and peaty notes with an obvious smoky finish. While the blends that make this whisky are no longer produced, we were assured that Royal Salute was able to procure enough to produce steadily for the coming years. 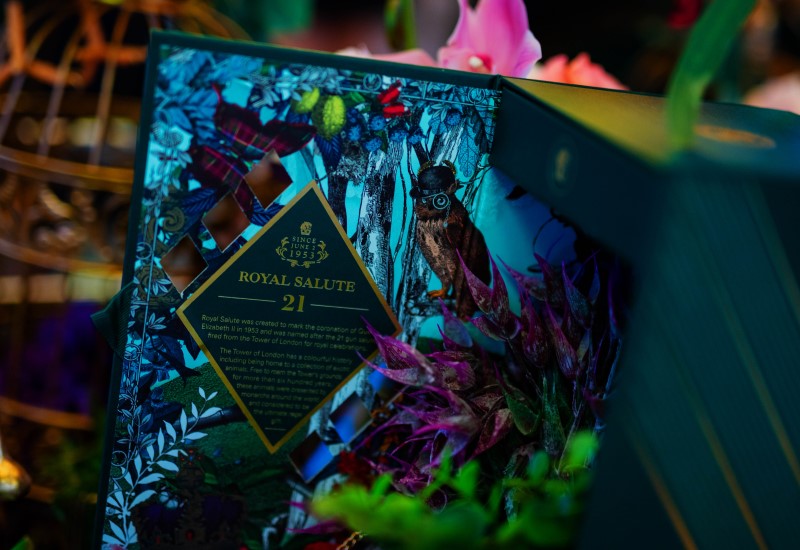 The updated packaging for Royal Salute is heavily inspired by their rich heritage: artist Kirstjana S. Williams’ depiction of the British Royal Menagerie at the Tower of London gives the whisky flagon a housing that perfectly balances history and the contemporary. The flagons themselves, for the now three core whiskies, are inspired by the precious stones set in the Imperial State Crown: a sapphire flagon for The Signature Blend, an emerald flagon for The Malts Blend and an obsidian flagon for The Lost Blend.

While His Grace himself refused to comment, I have it on good authority that if you collect all three and drink them to the last drop, you can snap your fingers and turn all other whiskies to dust, creating a perfectly balanced whisky universe.

Now excuse me while I go pour myself another glass and move closer to this utopia.

Learn more about the new expressions at the official website here.