Call it daring or garish, but you can’t deny the strange appeal of these sapphire watches, which are some of the rarest in the market.

Sapphire is extremely difficult to machine. Watchmakers must mill them from solid gemstone blocks, which is why the method is reserved for customised, ultra-private collections.

Richard Mille, founder of the first sapphire watch, describes working with sapphire as walking on thin ice, saying, “Sapphire is incredibly tough to cut, grind and polish. But it is also brittle. The watch’s curved front and bezels, together with the case band, need to match each other within microns and with no irregularities. If they don’t, you must throw it all away, as you cannot adjust anything.”

Yes it might be harsh, but we suspect that’s because the payoff is grand: experts MB&F, Hublot and more have created their own versions of extraordinary transparent timepieces, mostly highly limited and costly, but also tough as nails. After all, sapphire is almost as scratch-resistant as diamond.

Take a look at some popular see-through sapphire watches, ranging from country-club sporty to sophisticated and smart: 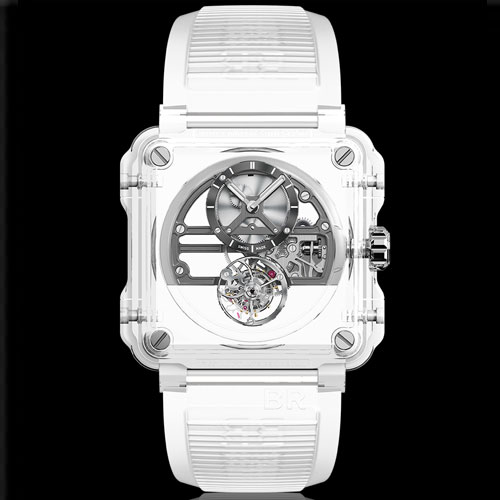 At $495,000, this all-sapphire watch is the most expensive Bell & Ross has put out. The watch case comprises nine parts made of pure Corindon (physical name for sapphire): the case middle, back, bezel, crystal and four bumpers at the sides, assembled with screws that makes it seem like its floating above the movement. BR-X1's ruthenium-finished main plate and bridges are designed in the X-Shape, with a flying tourbillon cage emerging from the movement on the same level as the dial. Thanks to the see-through material, the cage is uniquely visible from all angles, reflecting light like a true multifaceted gemstone. W bellross.com 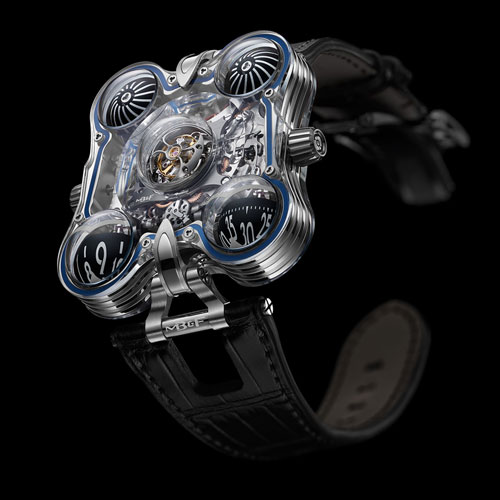 In case you haven't figured it out, SV stands for 'sapphire vision' - because this is the transparent sibling of MB&F's 2014 HM Space Pirate, cased with sapphire plates on top and bottom. Nine domes emerge from these plates, four indicating rotating hours and minutes, and two on the opposite side with spinning spherical turbines. These turbines slow the spinning of the rotor to reduce wear. The central dome houses the fascinating flying tourbillion (with its very own retractable shield), while its back provides a closer glimpse at 475-part movement (which took 3 years to make!). Only 10 rose gold pieces and 10 platinum ones exist, each costing $368,000 and $398,000 respectively. W mbandf..com 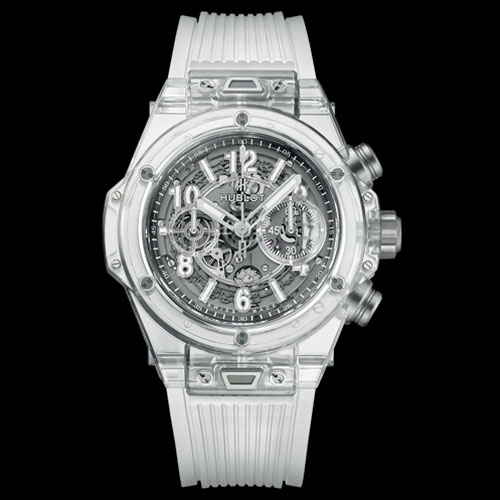 Last year, Hublot made 500 pieces of this transparent timepiece, making it the largest scale production of sapphire watches. Hublot developed the material for watch case middle, bezel and back with a Swiss partner, which also includes bare slivers of titanium at the screws, crown, and buckle, complemented by a transparent resin skeleton dial. Big Bang Unico Sapphire's minimalist design is echoed by the transparent strap, pulling together a silhouette so airy and light, you can't help but admire how plain cool it looks. W hublot.com 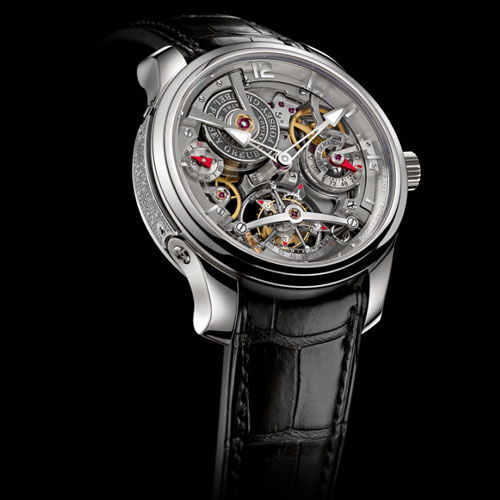 Pops of colour on the complex, multi-level dial makes the see-through dial a fun tone, but the double tourbillon spells serious business. With a case crafted of a single, large sapphire crystal, the movement catches the playful dance of light on the synchronised rotations and micro-mechanisms. This case is just a bit larger than those of its rose gold, white gold, platinum, and titanium predecessors, with a GF logo adorning its sapphire crown. Released exclusively to the American market, this Greubel Forsey set eight owners back just over a $1 million. W greubelforsey 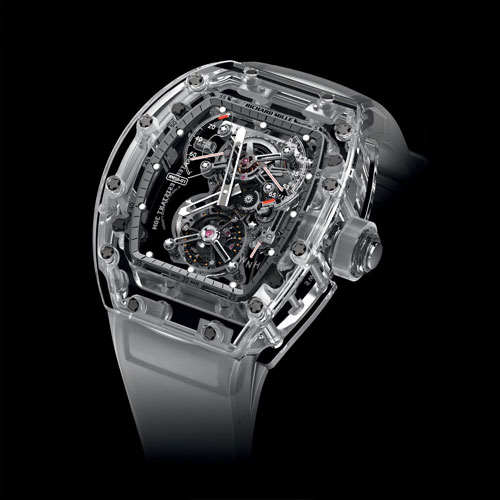 Richard Mille was first to marry complex design with intricate movement in a house of pure sapphire in RM056 Sapphire Tourbillon Split Seconds Chronograph - this is the follow-up. RM designed it to evokes transparency and weightlessness, featuring 56-02 Sapphire Tourbillion and a new, cabled, and also sapphire movement. Each precious case takes 1,000 hours to machine and polish, which is why only five were made each year. The transparent aesthetic is taken all the way with an almost-translucent strap, made of silky-smooth Aerospace Nano material. Naturally, its $2,020,000 price tag reflects its exclusive line limited to 10 pieces. W richardmille..com 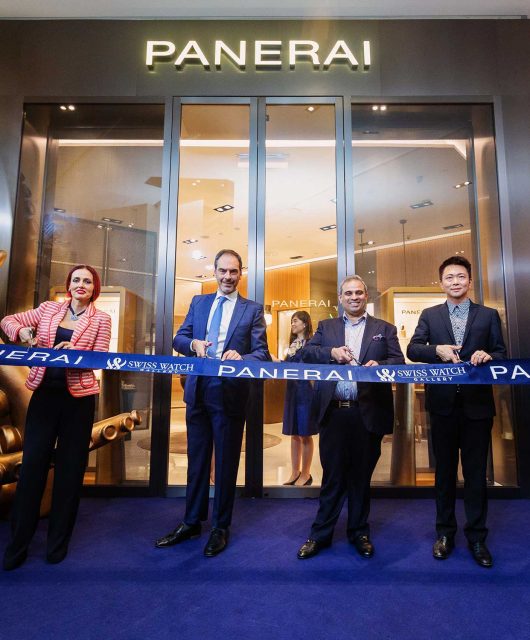 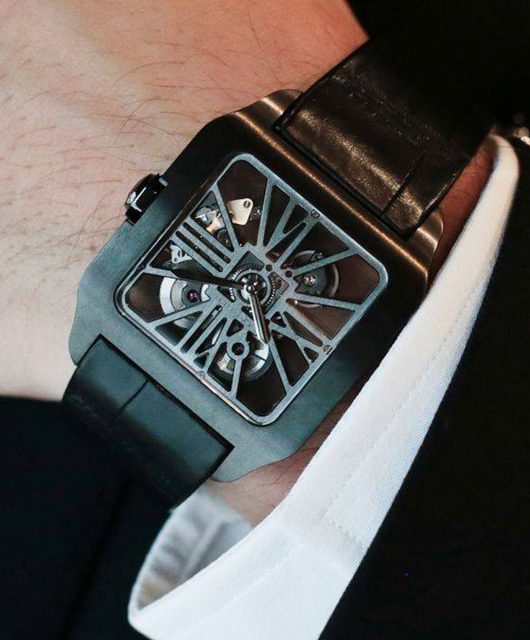 7 skeleton watches that stand out by baring all 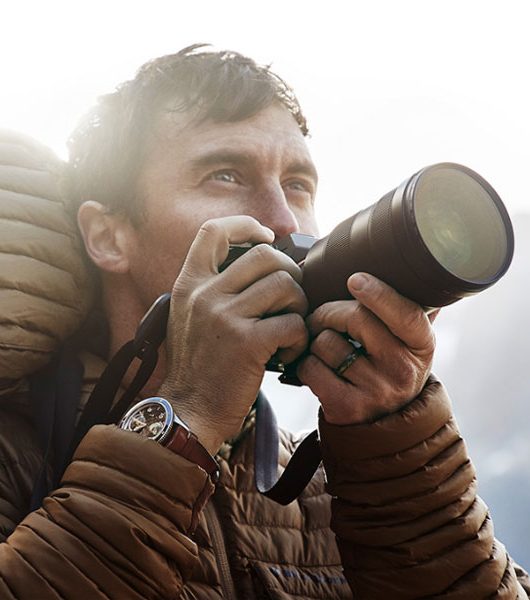 Fear no mountain with the 2018 Montblanc 1858 collection 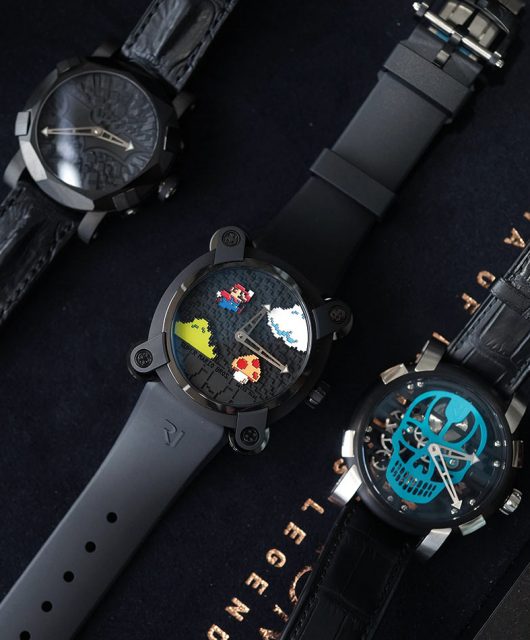