Dubbed the ‘Tecnomar for Lamborghini 63’ – a nod to 1963, the year Lamborghini was established – the one-of-a-kind vessel debuts as Lambo’s first ever superyacht. 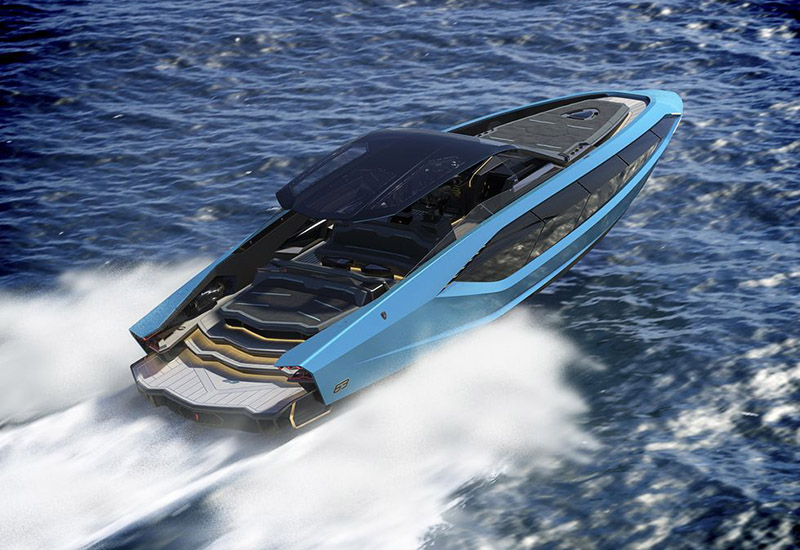 When it comes to power and speed on the roads, Lamborghini stands among the best in the automaking industry. The Lamborghini Sian FKP 37 lays testament to that, boasting 819 horsepower to perform the century sprint in just 2.8 seconds. Now the Italian marque wants to rule the seas too with the unveiling of a new superyacht developed in collaboration with the Italian Sea Group.

Dubbed the ‘Tecnomar for Lamborghini 63’ – a nod to 1963, the year Lamborghini was established – the one-of-a-kind vessel debuts as Lambo’s first ever superyacht. It’s also deliberately made to be 63-feet-long (a size resembling a speedboat more than yacht), with 63 units in production – you get the point. 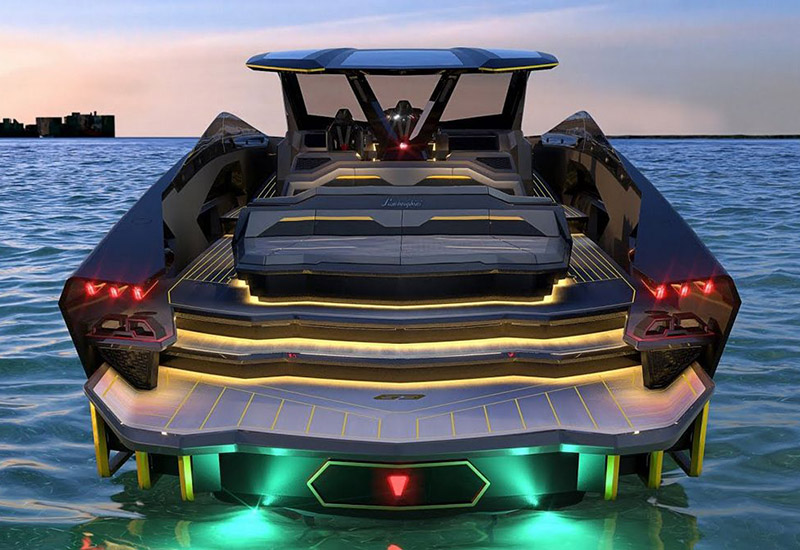 A true Lambo fan will recognise that its design takes cue from the Sian, given by the Y-shaped bow lights at the front and its sharp angles that stand out from other superyachts. It’s built from lightweight carbon fibre that displaces only 24 tons. Inside, the helm mirrors the hybrid hypercar’s cockpit, complemented by sports seats in Lamborghini’s signature ‘carbon skin’.

Like the Sian, power is king in this superyacht which boasts a monstrous 4,000 horsepower. This is achieved with twin 24.2-liter MAN V-12 engines that each outputs 2000 horsepower, reaching a top speed of 60 knots.

You may also like: This Lamborghini Sian FKP 37 model is the most expensive LEGO set ever 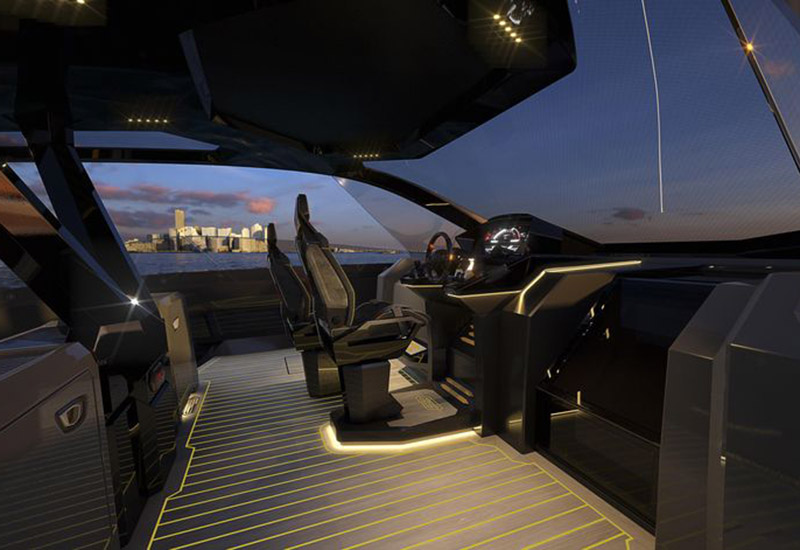 “If I had to imagine a Lamborghini on water, this would be my vision,” said Lamborghini CEO Stefano Domenicali. “I’m delighted to celebrate this successful collaboration. We present Tecnomar for Lamborghini 63, a motor yacht which will become as futuristic an icon as the car she is inspired by.”

The Tecnomar for Lamborghini 63 will be available for sale in 2021, priced as you’d expect of a Lambo – US$3.4 million.

Watch the video presentation of the superyacht below. 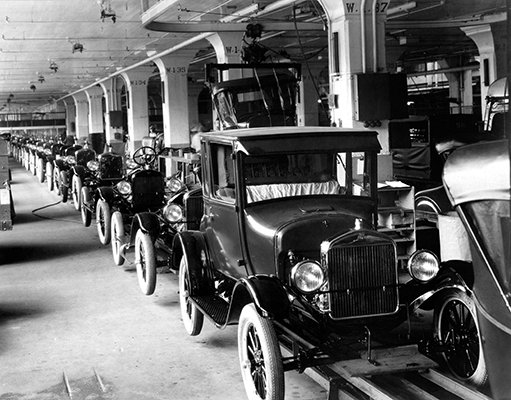 7 cars that changed the world 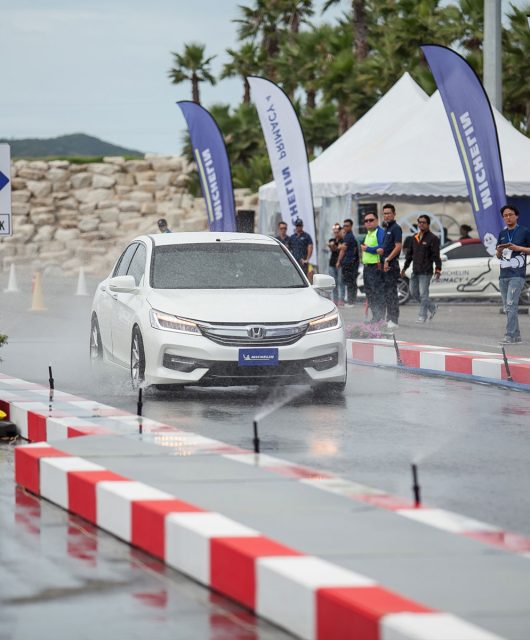 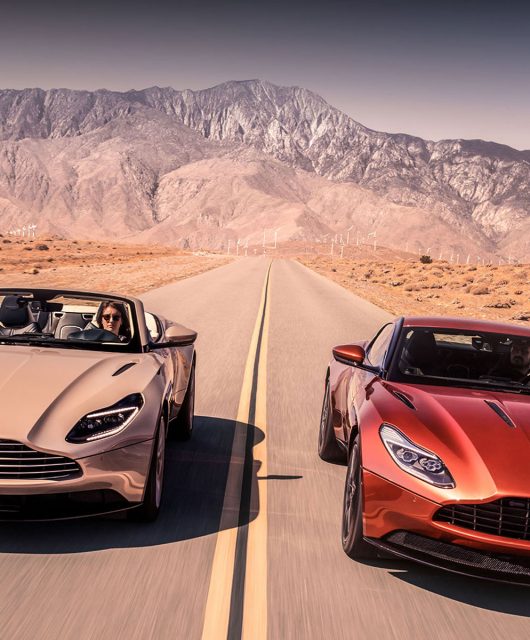 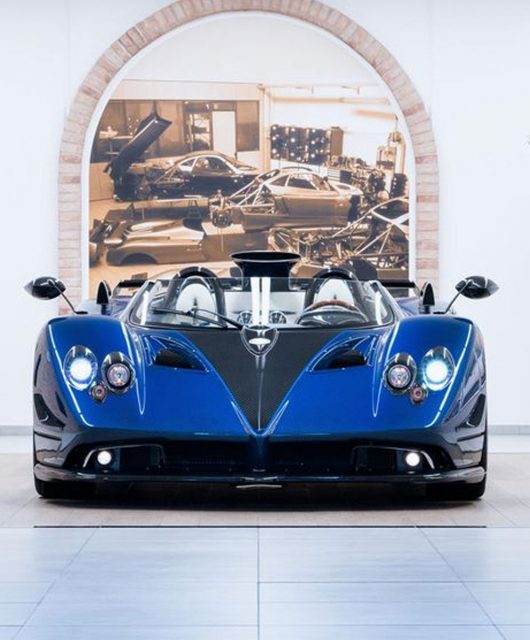 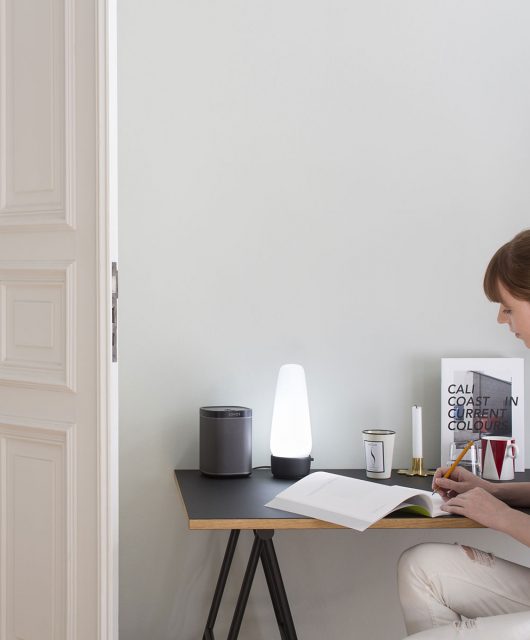