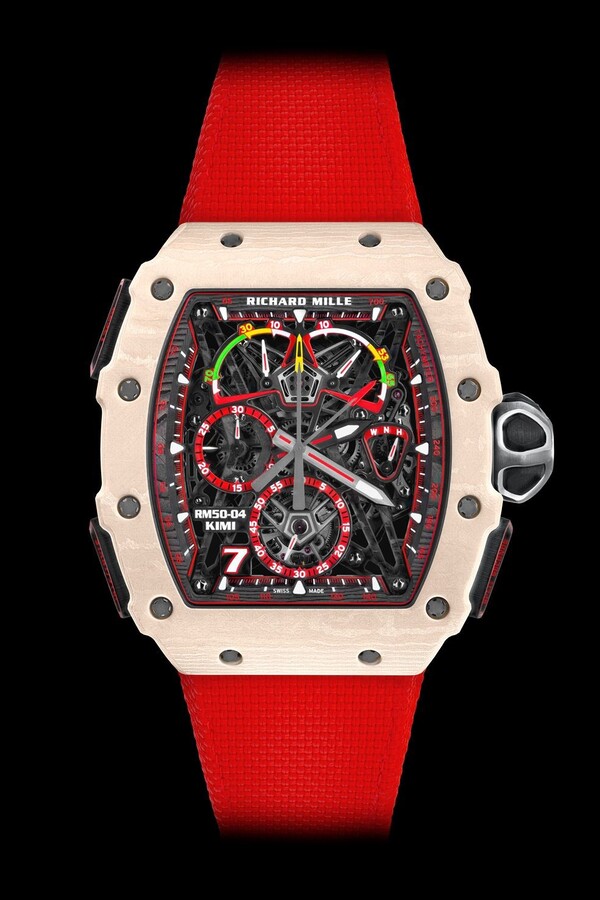 Richard Mille has been a supporting partner of the Alfa Romeo Racing Team since 2018, which is when  Räikkönen also signed on with the Swiss manufacturer.

The RM50-04 Tourbillon Chronograph Kimi Räikkönen is powered by the manual winding tourbillon movement Calibre RM50-03, with hours, minutes, split-seconds chronograph, 30-minute totaliser, and power-reserve, torque and function indicators. The watch has a power reserve of about 70 hours.

The Calibre RM50-03 weighs just 7 grams, thus earning its status as ‘ultralight’. The use of grade 5 Titanium and Carbon TPT, and the extreme skeletonisation of components is the secret behind its extreme lightweight quality, according to Richard Mille. The baseplate and a portion of the bridges are also crafted in grade 5 titanium which is a biocompatible, highly corrosion-resistant and rigid alloy which allows effortless functioning of the gear train. 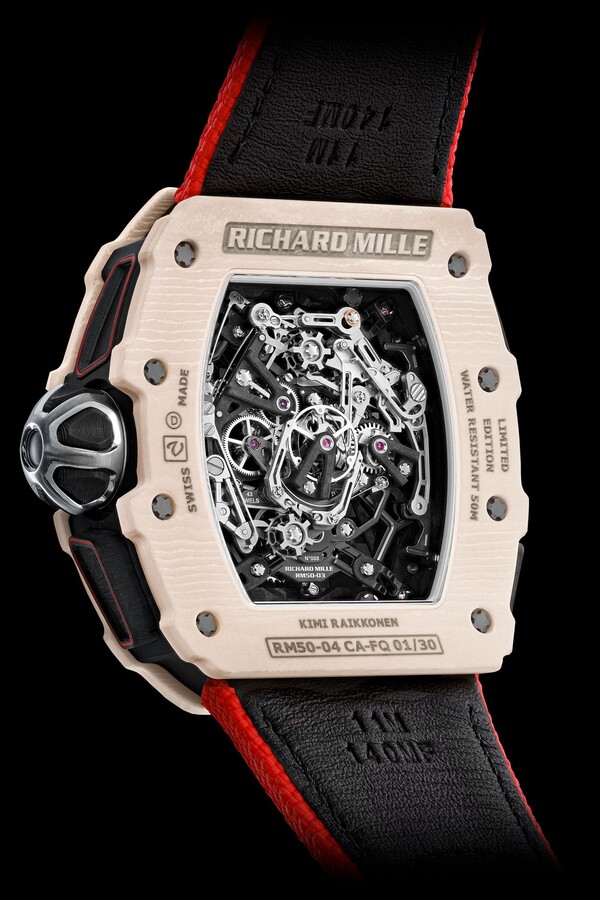 The technical solutions of this watch lend themselves to ensuring an impressive resistance capacity – able to withstand up to 5,000 grams of shock. The watch’s case is also water-resistant up to 50 metres.

Developed by Richard Mille engineers, the Calibre RM50-03 introduces a latest-generation split-seconds mechanism. The 6-column wheel that controls the various rockers for the split-seconds function was designed to guarantee flawlessly simultaneous movement.

The watchmaker has said that the RM50-04 Tourbillon has been constructed according to specific and rigorous specifications, the same kind of analytical engineering methods used in the design of Formula 1 racing cars.