Launching on October 23rd together with the men’s line for Spring/Summer 2021, this will be the first womenswear range by his namesake brand.

Ahead of his first collection for Prada to be unveiled later this month, Raf Simons has revealed that he will be debuting a womenswear line under his eponymous label.

Launching on October 23rd together with the men’s line for Spring/Summer 2021, this will be the first womenswear range by his namesake brand since it was founded in 1995 – although some of the Belgian designer’s pieces could easily pass off as unisex.

Announced on the brand’s Instagram page via a series of posts, the message was accompanied by illustrated patches to serve as clues of what to expect, with one reading “Teenage Dream” and another, “Question Everything”. Another black and white striped patch offered five keywords: lush, influx, dandelion, solitary, hum. We’ll leave those up to your interpretation.

While he has been actively revolutionizing menswear with his fusion of classic tailoring, youth movements and modern subcultures, Simons has significant bearing in womenswear too. In 2005, he became the artistic director of Jil Sander, which came to be known for its sophisticated modernism under his helm. His initial success led to his appointment at Dior, where he served as women’s creative director until 2015 and dropped his first couture collection.

Though it may seem counterintuitive to be introducing a womenswear range at a time when gender fluid movements have given rise to genderless fashion, it will be interesting to see how Simons will approach this collection while staying true to his house codes. 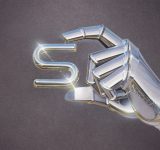 Introducing the A to Z manifesto of the new Stella McCartney 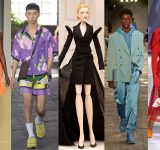