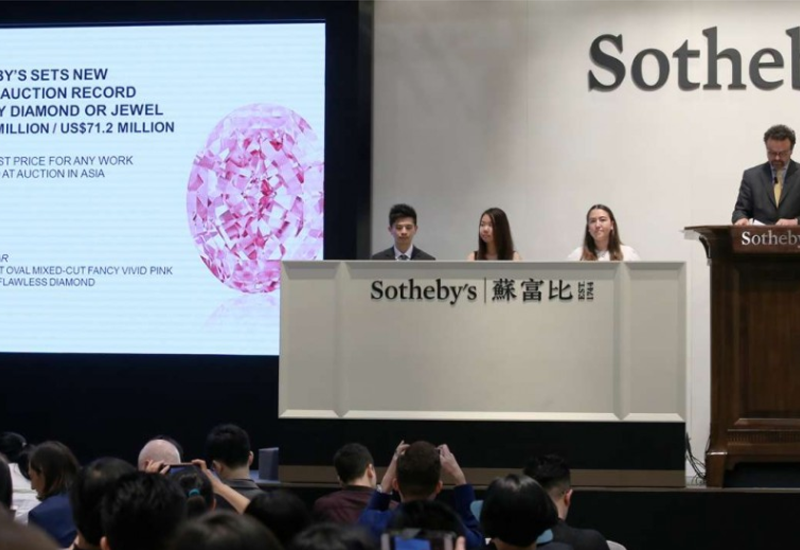 If you need any more convincing that Asia is the next market to look at in terms of emerging luxury economy, prominent Hong Kong jewellery company Chow Tai Fook has forked out an illustrious US$71million (approx MYR314.9million) to buy what is being called the most expensive precious stone sold at auction – the Pink Diamond – in a recent Sotheby’s auction.

Measuring a total of 59.6 karats, the diamond astounds with a size of 2.69 cm by 2.06 cm and is the largest “internally flawless fancy vivid pink diamond” ever graded by the Gemological Institure of America. For an idea, that is double the size of the Graff Pink that was once the record holder for the most expensive pink diamond, fetching US$46.2 million (approx MYR204.9million) in Geneva in 2010. It only measures a 24.8 karats. 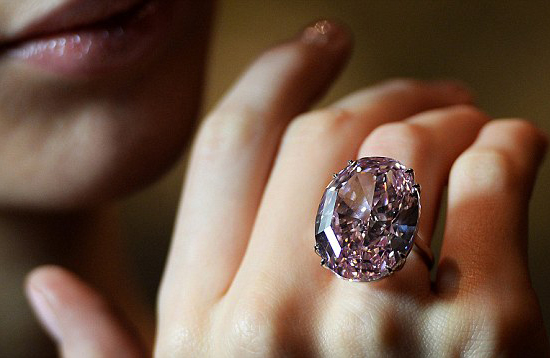 The previous record holder for any diamond was the 14.6 karat “vivid blue” Oppenheimer Blue that demanded all of US$56.65million (approx MYR251.3 million) in Geneva last year.

Chow Tai Fook is a family owned business of late local tycoon Cheng Yu-tung, who was himself an avid gem buyer and collector. Other superstar gems under its ownership now includes the 5.03-karat Aurora green diamond (which it bought for US$16.73 million last year) and the 507-karat Cullinan Heritage rough diamond (which it acquired in 2010 for US$35.39 million).

The Pink Star first surfaced in 2013 after New York cutter Isaac Wolf, on behalf of Ukranian investors, made a record bid for it. The sale fell through when the backers failed to come with the money and Sotheby’s, due to its pre-sale guarantee to the seller of the diamond, had to buy it. It was estimated to be worth a US$72 million (approx MYR319 million) last year and had stakes sold to New York dealer Mellen Inc and Diacore, the original cutter of the diamond, formerly known as Steinmetz Diamonds.

Its sale this year took place in the first week of Sotheby’s major auction in Asia. 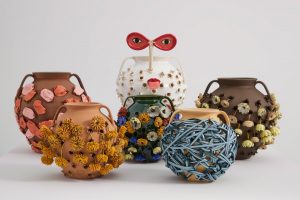