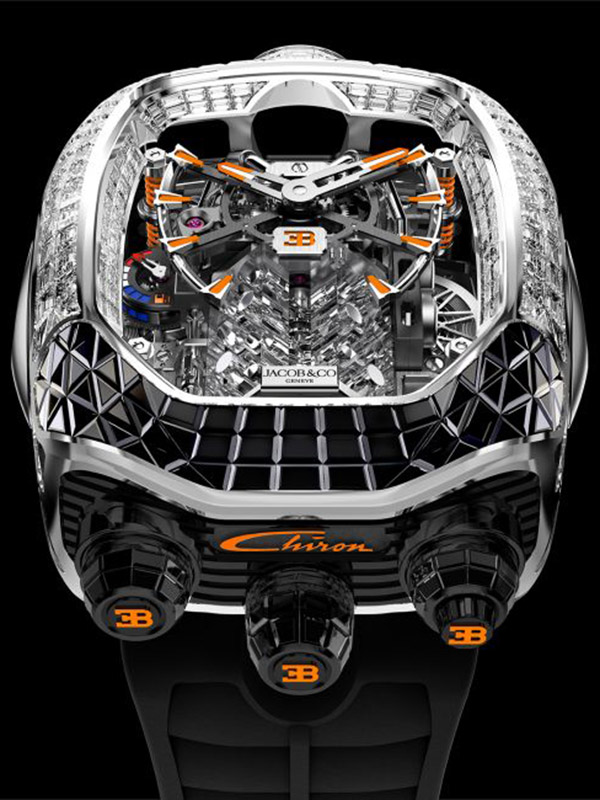 Every horological creation born from the partnership between Jacob & Co and Bugatti has never failed to impress so far. Living up to that reputation, the revolutionary jeweller and watchmaker has released yet another high complication timepiece inspired by the beasty Bugatti Chiron.

Like its predecessors, this latest model houses a functional miniature reproduction of the hypercar’s W16-cylinder engine – but with extra bling framing its beating heart. The 18k white gold tonneau case reflects the flowing lines of the Chiron, whilst honouring the brand’s jewellery expertise with 190 baguette white diamonds, 109 baguette black sapphires and 42 baguette orange sapphires “invisibly” set into the case.

According to Jacob & Co, its gem-setters used proprietary techniques and advanced technologies to set the rare stones into the curvature and finishes of the 55mm by 44mm case. 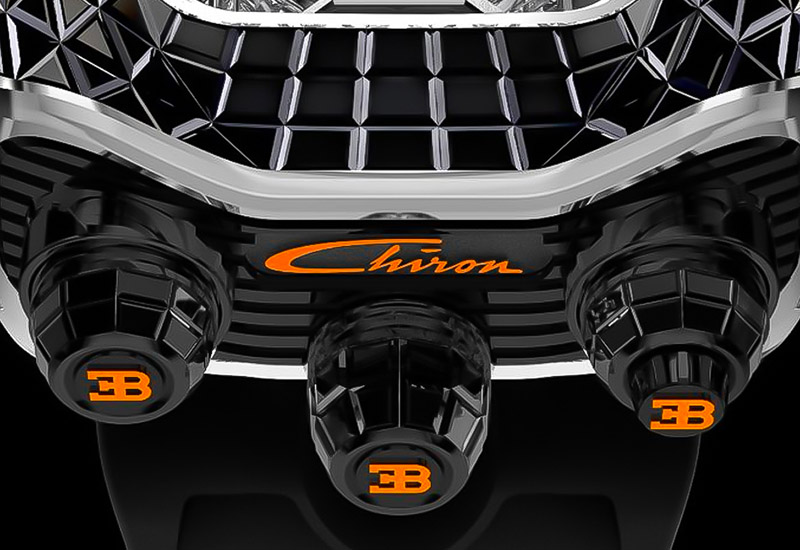 There are three crowns at the bottom of the case, featuring the Bugatti logo in bright orange – echoing the hour markers on the dial. The left crown is used to set the time, the middle crown serves to wind the movement and animation, and the right crown features a button you can push to start the animation.

Powering the timepiece is the manual winding JCAM3 movement that is comprised of 578 components, including a 30-degree inclined flying tourbillon, a “fuel” power reserve indicator, and a 60-hour power reserve. The movement is suspended on a shock absorption system that’s clearly visible through the sapphire crystal window.

How much does it cost to have this horological engine on your wrist? Thanks to the additional gems and embellishments, a buyer can expect to fork out a lot more than last year’s US$280,000 sum. It’ll set you back by US$560,000, to be exact. 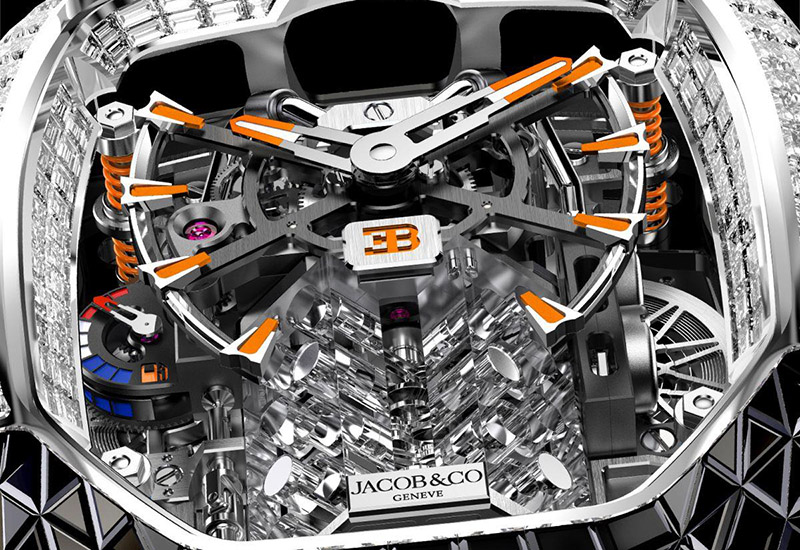 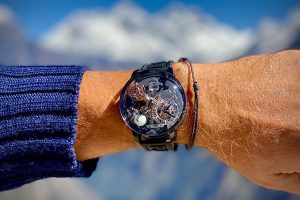 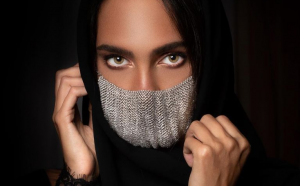 This Jacob & Co mask is adorned with 3,040 diamonds for the new norm 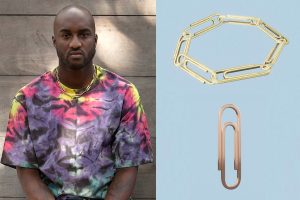 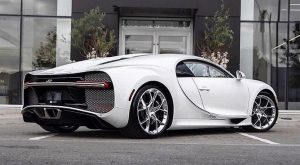