Unveiled at the inaugural “Time to Move” event in Switzerland last month, the Harry Winston Histoire de Tourbillon 10 is the first watch with four tourbillons in a single movement.

In the world of haute horlogerie, Harry Winston’s Histoire de Tourbillon, which translates to “the story of the tourbillon”, has made quite the mark where extravagance and mechanical convolutions are concerned. The marque’s latest and final chapter of the series, however, may be its most ground-breaking yet – you could say it has saved the best for last.

Unveiled at the inaugural “Time to Move” event in Switzerland last month, the Histoire de Tourbillon 10 – named in conjunction with the 10th anniversary of the series – is the first watch with four tourbillons in a single movement.

Although one tourbillon would be enough to do the job of compensating for errors in timekeeping caused by gravity, some brands offer watches with multiple tourbillons (like the Roger Dubuis Excalibur One-Off) to compensate for errors in multiple positions.

But none have fitted a watch with four independent tourbillon escapements until now, because, well, it’s simply not necessary. Then again, Harry Winston is not one to offer only what’s necessary, given by its history of timepieces defining their own raison d’etre.

With this particular timepiece, the raison d’etre would come to be improved, if not perfected chronometry. To achieve its remarkable balance and symmetry, each of its four tourbillon cages are designed to rotate every 36 seconds – faster than the one-minute standard. This is done with the help of three differentials that tie them together for unparalleled precision. 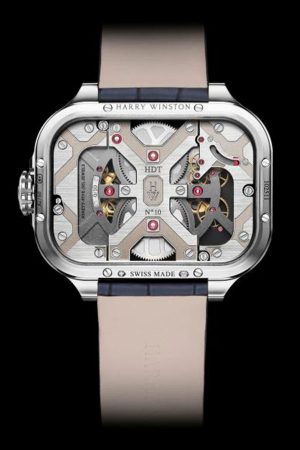 As expected, four tourbillons would mean the watch consumes a lot of energy, hence the relatively short 55 hours of power reserve. It also goes without saying that this rectangular watch sits rather bulky on the wrist at 53.3mm wide and 39.1 mm tall. But if you’re going to make a statement, might as well make it big, right?

You may also like: Could Louis Vuitton’s Voyager be its most complicated timepiece?

For more information about the Histoire de Tourbillon 10, log on to harrywinston.com. 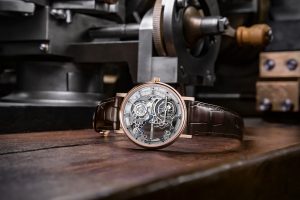 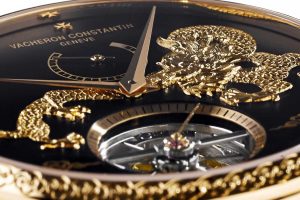 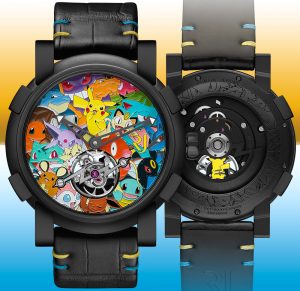 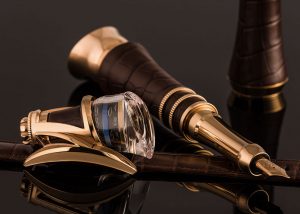