The new line is deeply rooted in Ferrari’s DNA – combining strength, performance and agility – while being produced and perfected by the Hublot manufacture. 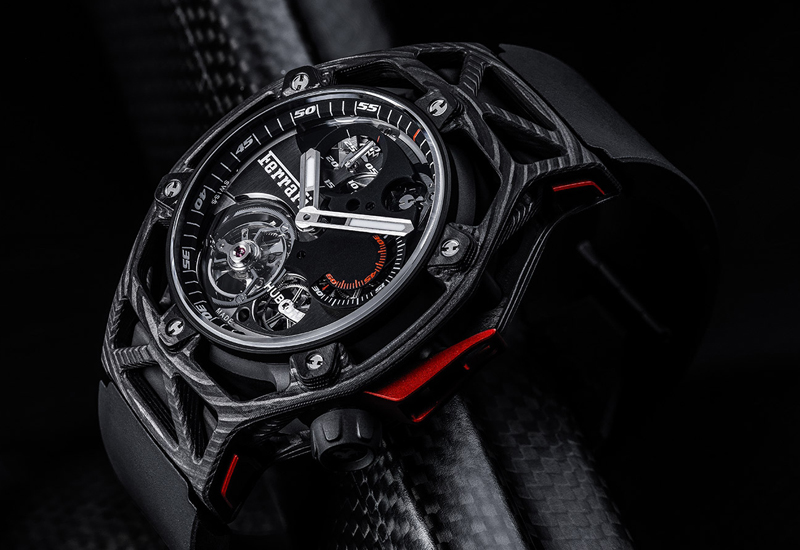 Just as Bremont has its ties with Jaguar, Hublot has long been team Ferrari, so much so that the watchmaker premiered a very special piece at Baselworld in collaboration with the Italian marque.

The new line is deeply rooted in Ferrari’s DNA – combining strength, performance and agility – while being produced and perfected by the Hublot manufacture.

Like Ferrari’s supercars, it is designed starting first with the movement – the ‘engine’ of the watch’ – around which they then designed a high performance chassis. It comes with a special lattice structure that is unique in the world of watchmaking to offer maximum strength for minimal weight , just like Ferrari’s fastest and lightest cars. 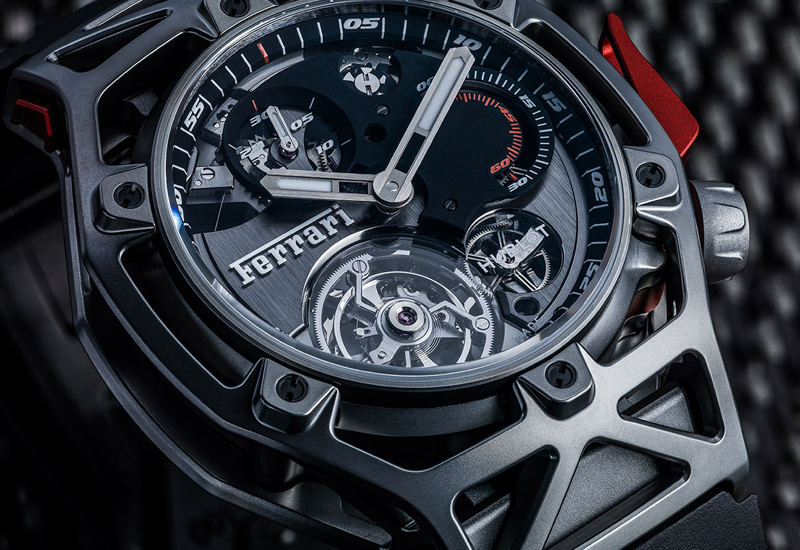 Powering this thoroughbred is a tourbillon chronograph driven by a movement that was designed and developed by Hublot: the new HUB6311 calibre with manual winding. Its 253 components promise 5 days of power reserve and it comes with a single-button chronograph that can start, stop and reset the entire watch at a single push of a button.

Treated with ruthenium anthracite, this finely tuned ‘engine’ also stands out with a tourbillon that is visible on the dial. This innovative mechanism offers both the aesthetics of a flying tourbillon and the operational stability of a tourbillon with two pivot points, made possible by a sapphire crystal placed above the cage that rotates once a minute and holds the upper part of the tourbillon using a bridge. 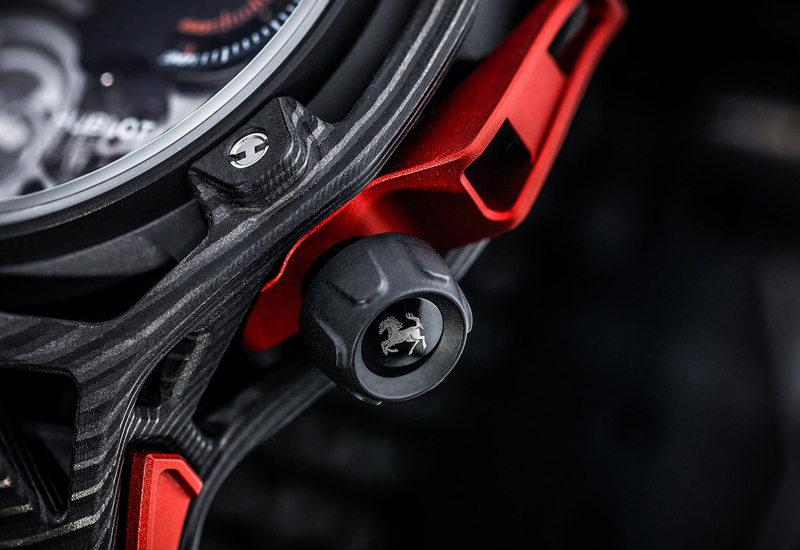 Outside, it is just as sleek and sexy as the next supercar. The Ferrari logo is clearly visible at the 9 o’clock position whilst the Hublot logo sits regally at 5 o’clock. The sapphire dial reveals the cutting edge mechanics that it shelters, and an external raised section holds the timer. A matt black block designed by Ferrari, affixed to the sapphire holds a race-inspired twin half-second counter at 3 o’clock, the minutes counter at 11 o’clock and the column wheel at 1 o’clock—the brain controlling this sleek chronograph with tangential coupling. 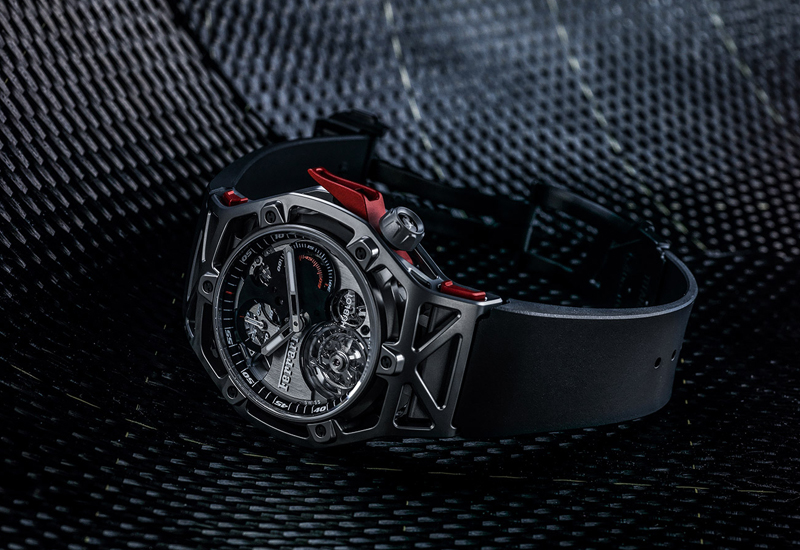 Here is a team effort between masters of speed and timekeeping that began with Ferrari in Maranello and ended in Nyon with Hublot, a collector’s item if there ever was one. The Techframe Ferrari 70 Years is available in 3 versions – King Gold, PEEK Carbon and Titanium – and is limited to only 70 pieces each. 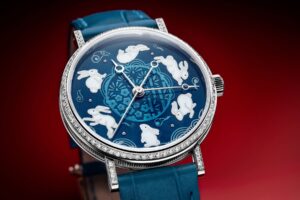 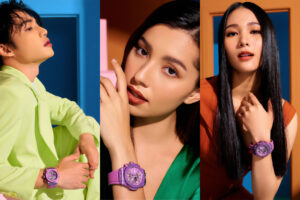 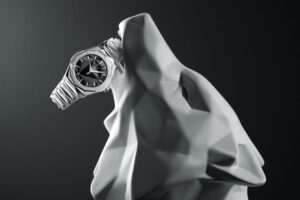