Announced: The World’s 50 Best Restaurants in 2018

Europe wins the most spots, but a Southeast Asian establishment also historically made it into top five.

Yesterday, culinary experts and restauranteurs from five continents of the globe gathered together in an auditorium at the Palacio Euskalduna in Bilbao, Spain for the unveiling of this year’s 50 best restaurants in the world. Dubbed the Oscars of the global fine dining scene, the award is back for the 17th time with results accumulated from an independent voting panel of 1,000 judges.

Here are the top ten on the list in pictures. 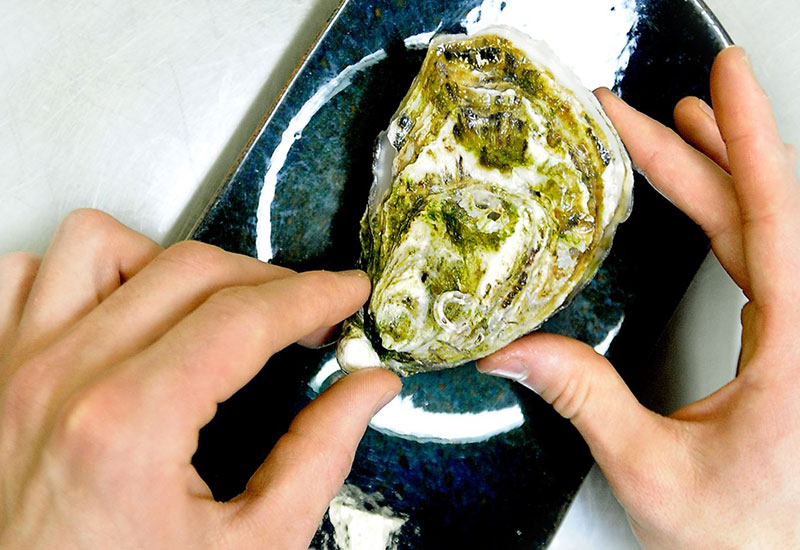 Born and raised in the farming town of Axpe, Chef Victor Arguinzoniz grew up self-learning techniques in his own kitchen. There, he designed and built his well-known adjustable-heat grills, which he uses to draw out explosive flavours from local ingredients, whether vegetables or meat. Every ingredient he comes across is explored to its fullest potential: goat’s milk is churned into delicate butter; green peas are amplified into their own juice – all served in an unpretentious stone-adorned dining room. W asadorextabarri.com 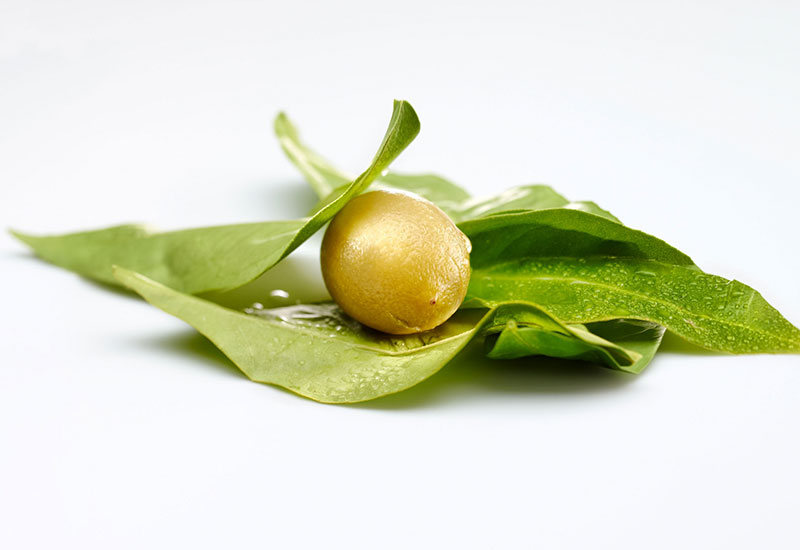 Ever heard of techno-emotional Spanish cuisine? It’s as mysterious as it sounds – and that’s what you get from Chef Andoni Luis Aduriz’s likening of Mugaritz to a research lab. What to expect of the menu is a meal stretched across 20 courses merging ingredients from mountain and sea, from lettuce hearts with chorizo and house-cured salmon bonbon to to tigernut ice cream with fresh fried rice. What to expect of the experience is the unexpected. W mugaritz.com 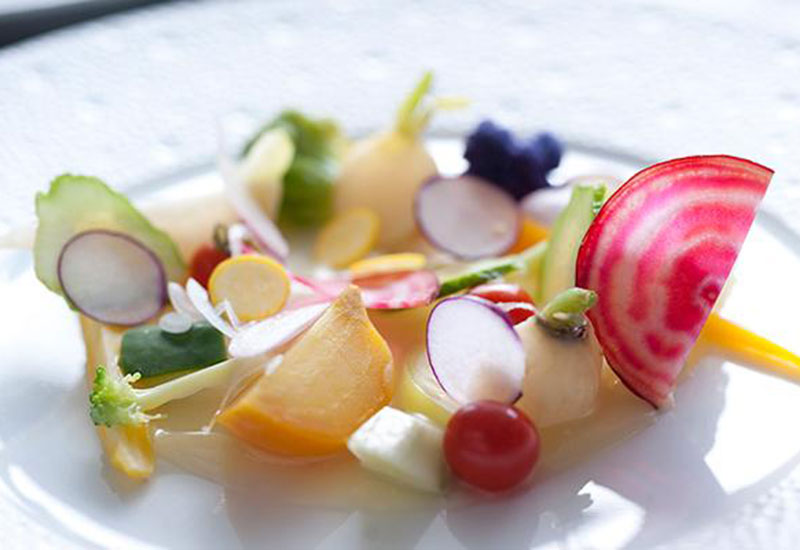 Alain Passard needs no introduction to the culinary world, having retained his three-Michelin star status at Arpège for over two decades. Also a favourite on this list, Passard is renowned the world over for expressing the full potential of vegetables through his signature dishes – which have only added in number over the years. You’ll have to book a table far in advance for a taste of his infamous white asparagus in spring or black truffles in winter. W alain-passard.com 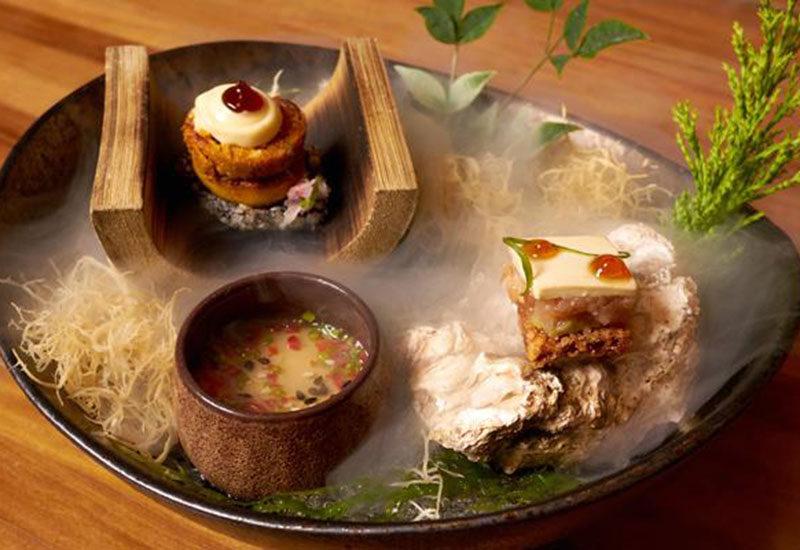 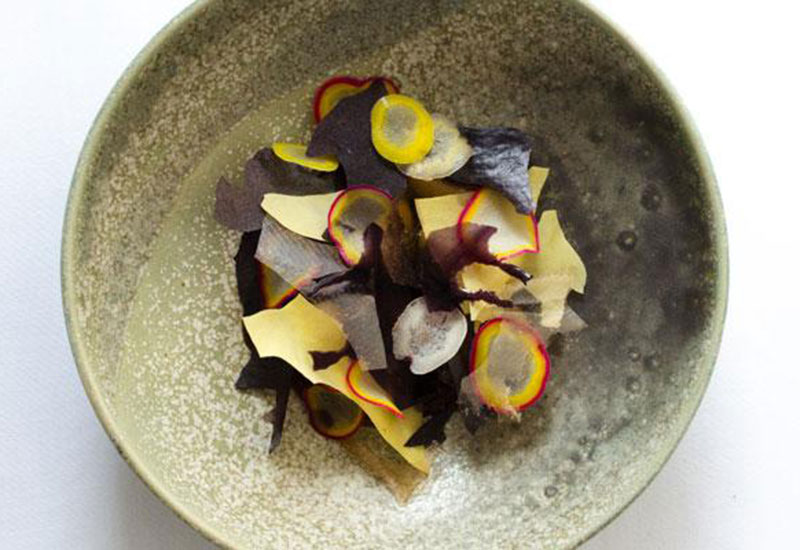 A couple that cooks together, stays together as Chefs Virgilio Martínez and Pía León demonstrate. Ever since their first appearance on the list in 2013, the couple has been admired for their exploration of Peru’s diverse ecosystems, from the depths of the sea to the Amazons and the mountains above it. Showcasing Peruvian cuisine like never before are dishes like Diversity of Corn and Waters of Nanay, which features piranha fish served in an entire, sharp-tooth-filled piranha head. W centralrestaurante.com 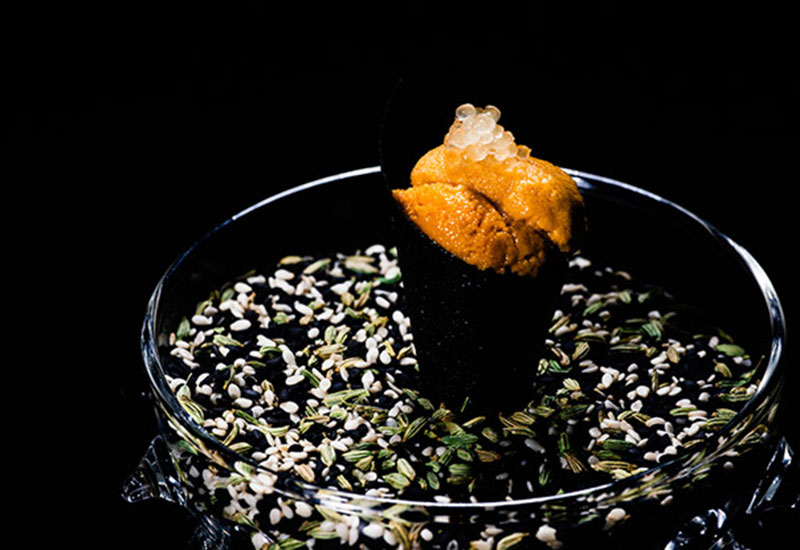 Asia’s best restaurant for the fourth consecutive year creeps into top 5 in the global list, despite news that it will be shutting down in 2020. This makes it the first Asian restaurant to pass 7th place, much thanks to chef-owner Gaggan Anand’s ever-evolving innovation and progression. Injecting influences from his travels all over the world into his conceptions, he has refined his former progressive Indian menu into more of a global cuisine. Highlights include the classic classic Yoghurt Explosion and new Lick It Up – a dish encouraging diners to lick a flavoursome curry straight from the plate. W eateatgaggan.com 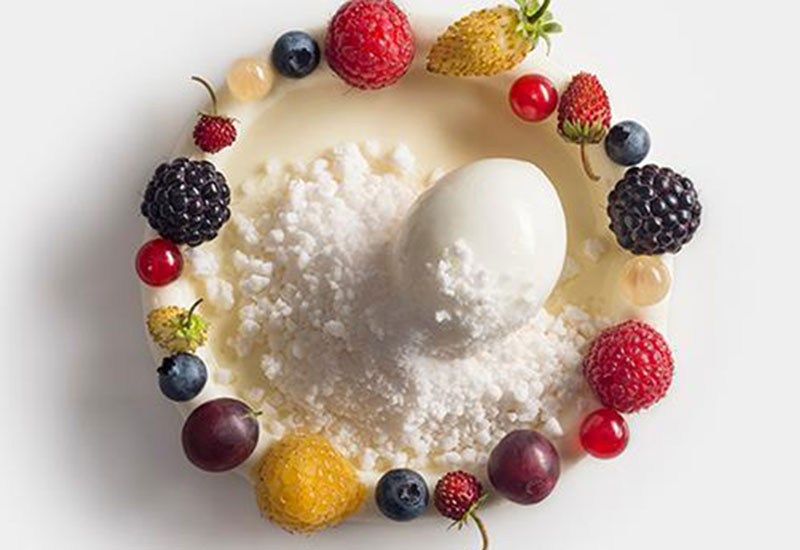 Shortly after it topped the list last year, Eleven Madison Park closed temporarily for a revamp. It reopened last October to highlight a more minimalistic aesthetic, which was mirrored in chef-owner Daniel Humm’s plating. Along with the facelift was a new eight to ten course menu, featuring a dish that wowed customers right off the bat: New York "cheesecake" with sturgeon and caviar.  W elevenmadisonpark.com 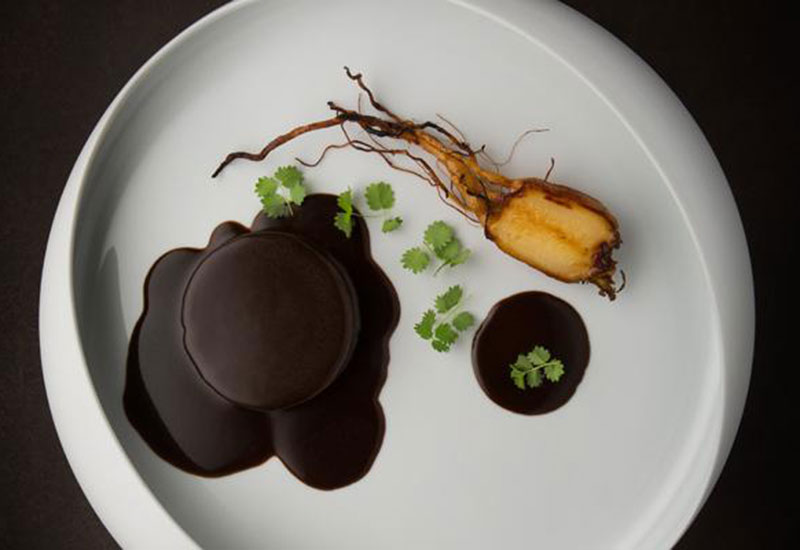 Located on a hillside overlooking the Mediterranean sea, Mirazur’s picturesque views and serene setting are enough reasons to visit. But coupled with the intuitive interpretations of Chef Mauro Colagreco, who draws inspiration from his Italian-Argentinian heritage as well as the surrounding culture, and the result is an inimitable dining experience. Colagreco’s signature is an oyster dish with tapioca, shallot cream, and pear; but the salt-crusted red beetroot (sourced from his own garden) with caviar cream is another stand-out. W mirazur.fr 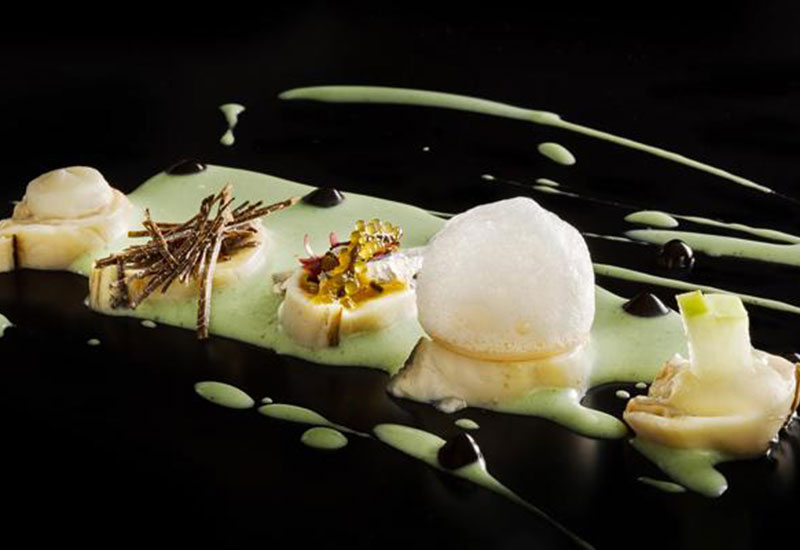 Helmed by a trio of brothers – Joan, the chef; Josep, the sommelier; and Jordi the pastry chef; this Catalan restaurant boasts avant-garde creations inspired by the brothers’ childhood memories, local ingredients or their unceasingly creative minds. Among the signature dishes to try are ‘Frozen olives’, freeze-dried oyster shells with oyster tartare, and a dessert infused with ‘essence of old book’. W cellarcanroca.com 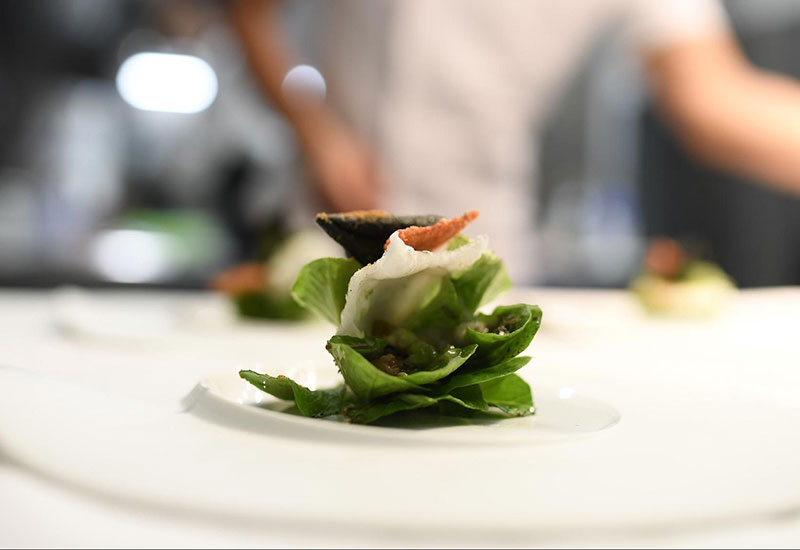 Chef Massimo Bottura’s modest osteria wins top spot for the second time since 2016, after falling to second place last year. Famed for its art and music (particularly jazz) inspirations, the 3-Michelin star restaurant is made out of three elegant dining rooms, each bedecked with exquisite artwork. Though seemingly old-fashioned in setting, Bottura’s contemporary Italian creations present themselves in a mix of fierce modernity, traditional flavours, and passionate warmth. W osteriafrancescana.it 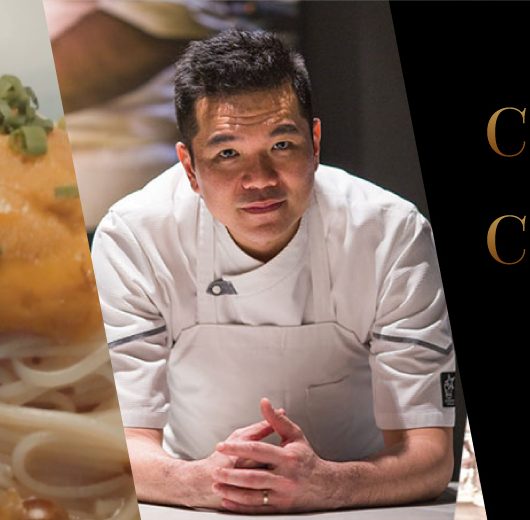 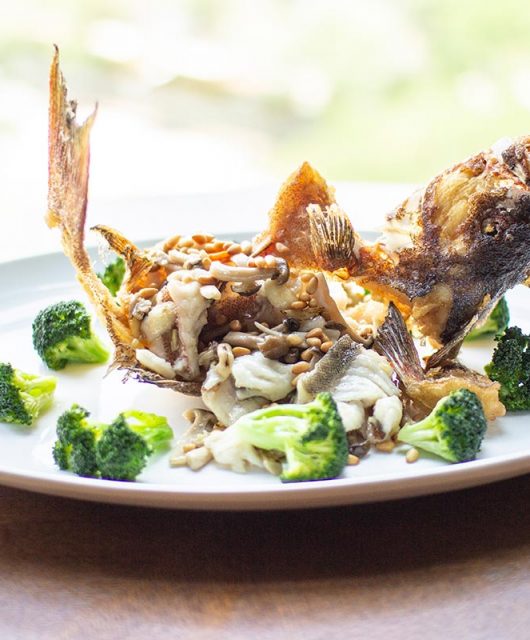 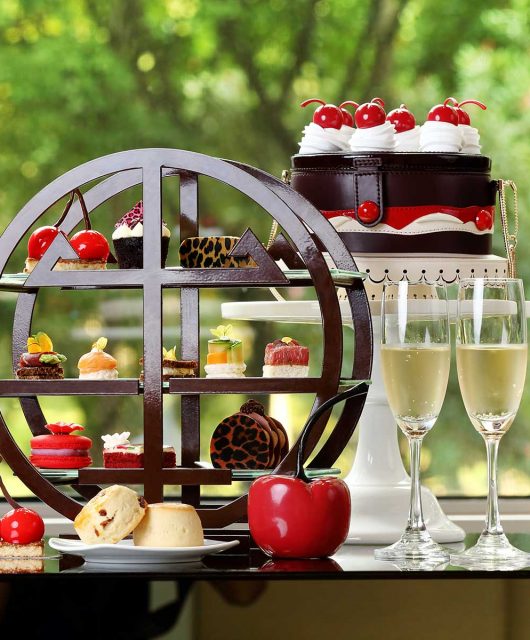 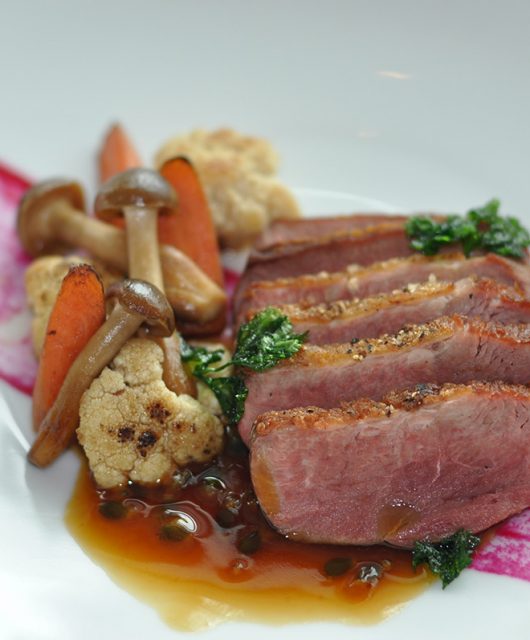 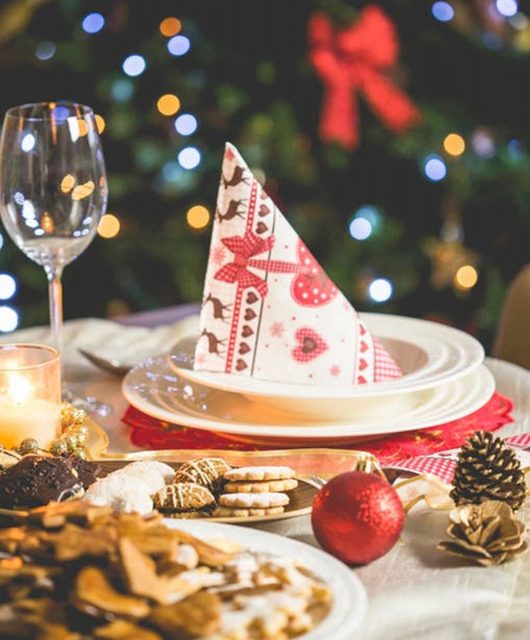