It’s hard to say when exactly the pearl took up free residence in our collective aesthetic consciousness. One day, they’re the preserve of preppy aristocrats, royal jubilee attendees and halloween revellers in Holly Golightly costumes – the next, they’re dripping off runway looks at fashion week, embellishing make-up looks on the red carpet, and becoming the latest must-have in men’s accessories.

Dubbed ‘pearlcore’, the recent surge in popularity of incorporating the oceanic gems into all manner of garments and accessories doesn’t come as a massive surprise, given our ongoing obsession with all things nostalgic. As with many other trends of the 2020s, we’re now seeing traditional expressions of the pearl reinvented and reimagined for a contemporary new generation in playful, irreverent ways.

Formed within a mollusc when it secretes a crystalline liquid to protect itself against irritants that enter its shell, pearls have been collected and used for decoration since as far back as the 23rd century BC. From there, the lustrous symbols of purity and beauty have held an irresistible appeal for humans for centuries, captivating Roman leaders, Renaissance monarchs, Victorian elites and 20s flapper girls.

Thanks to leading ladies like Grace Kelly, Audrey Hepburn, Coco Chanel, and Jackie Kennedy, pearl necklaces became the epitome of elegance and style that women aspired to in the 50s and 60s.

In the 80s, Vivienne Westwood subverted the prim, upper-crust conception of pearl jewellery with the Bas Relief pearl choker, which featured the brand’s orb and saturn ring emblem among a string of pearls. The necklace was further updated to have three strands of pearls in the 1990 ‘Portrait’ collection. Today, it might be better known to Gen Z-ers as the 2021 viral TikTok pearl choker, having gained a flurry of new fans after it was seen gracing the necks of stars like Dua Lipa, Bella Hadid and Janelle Monae.

It wasn’t just females who were hopping on the pearl revival train, either. Perhaps the most prominent proponent of modern pearl jewellery wear was pop star and gender-bending fashion maverick Harry Styles, who went to the 2019 Met Gala sporting a single pearl earring and has since incorporated pearl necklaces in a number of ensembles. Other musicians like A$AP Rocky, Pharrell and Shawn Mendes have also adopted the iridescent accessory, appearing at events and award shows with a gleaming set of pearls.

Beyond jewellery looks, pearls have also permeated the beauty sphere, most notably showing up as stick-on face gems, such as the pearl-dotted winged-eyeliner look on Alexa Demie in Euphoria and Machine Gun Kelly’s asymmetrically studded pearl contour make-up at the 2021 MTV VMAs. At her Met Gala debut, Barbie Ferreira not only wore a custom Mudd Pearl couture rosary hairpiece, but also donned an entire pearl-encrusted Jonathan Simkhai dress.

Straying from your classic, grandma-esque iterations of the aquatic gem, the pearl accessories of today embrace a wide spectrum of design possibilities, from irregular shaped pearl earrings to a necklace of pearls interspersed with colourful summery beads. They adorn ear cuffs, mask chains, and rims of sunglasses, adding a sense of whimsical refinement.

No longer only appropriate for formal occasions where demure dressing is mandated, 2022’s pearls are proving to be style staples suited to beach days, board meetings, and everything in between. Swipe below for some modern takes on a millennia-old favourite: 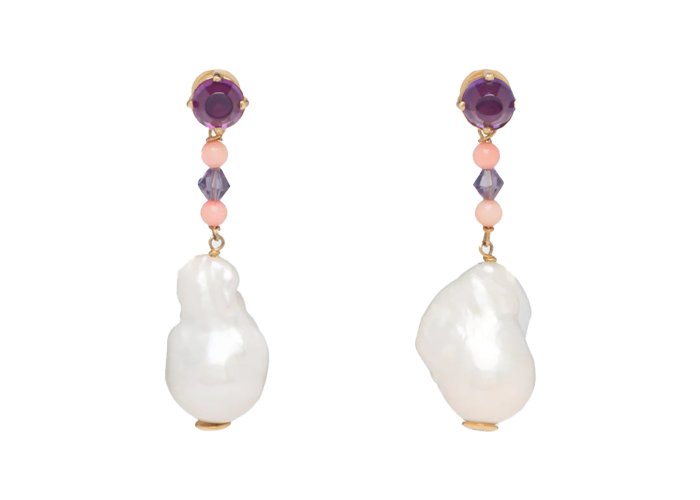 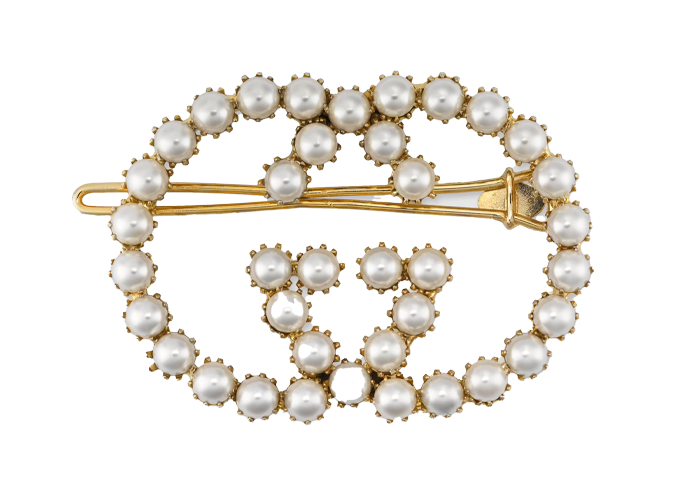 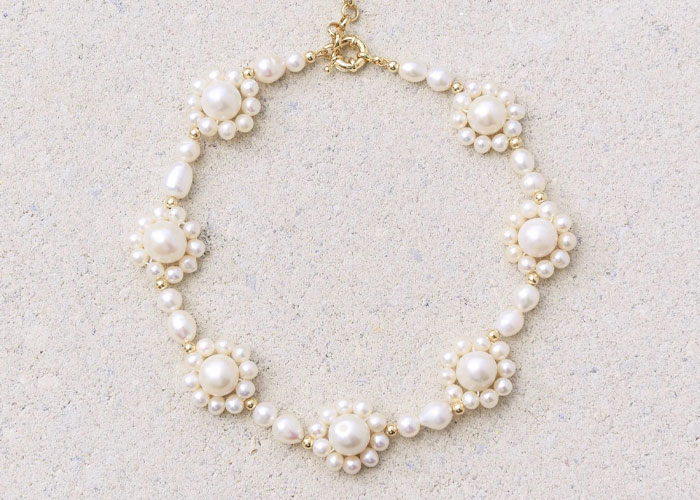 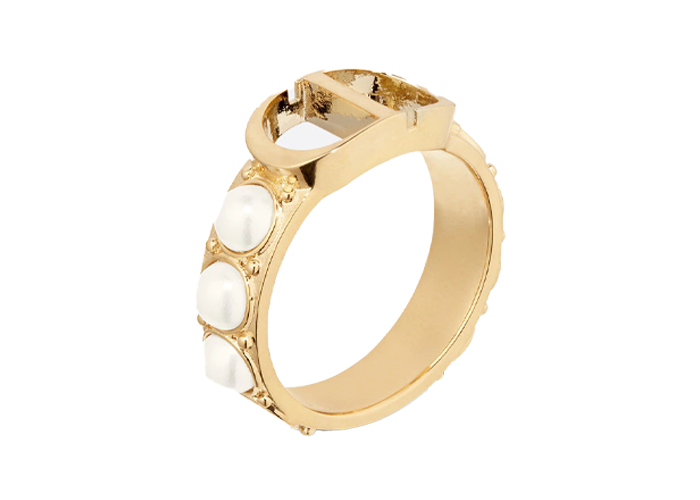 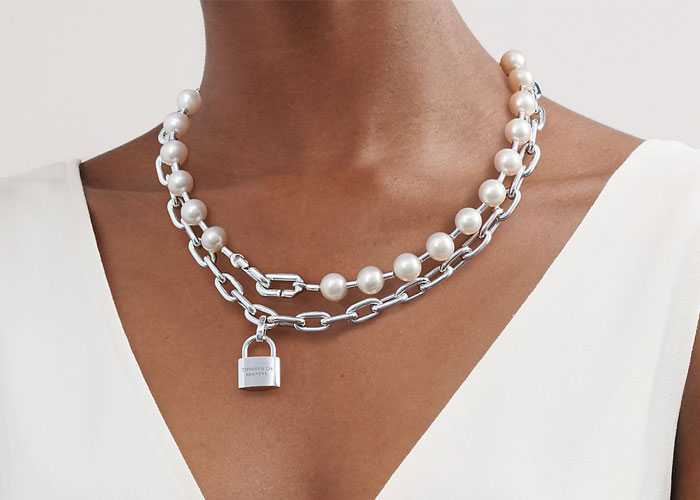 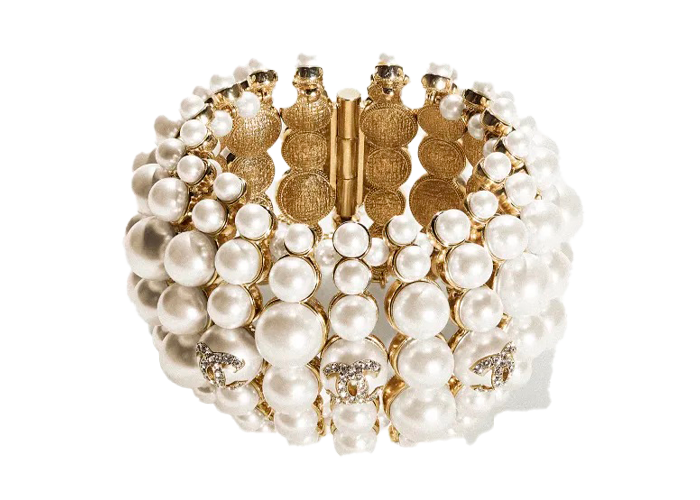 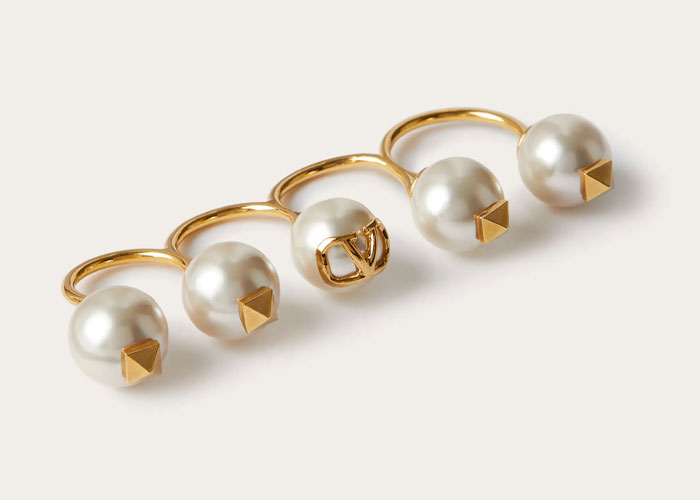 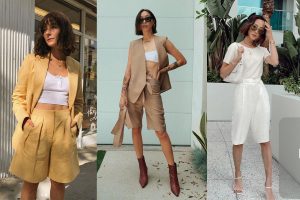 What’s trending: Bermuda shorts (and how to wear them from home to office) 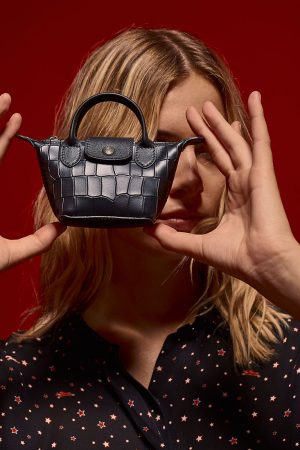 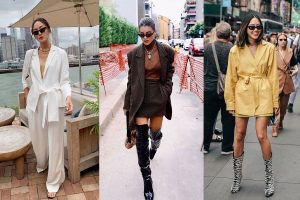 What’s trending: Oversized blazers – and how to style them 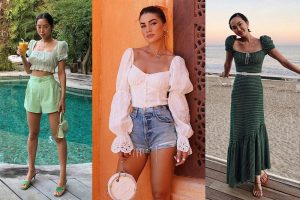 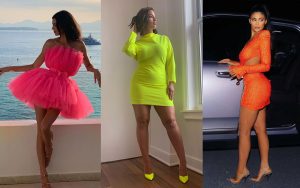