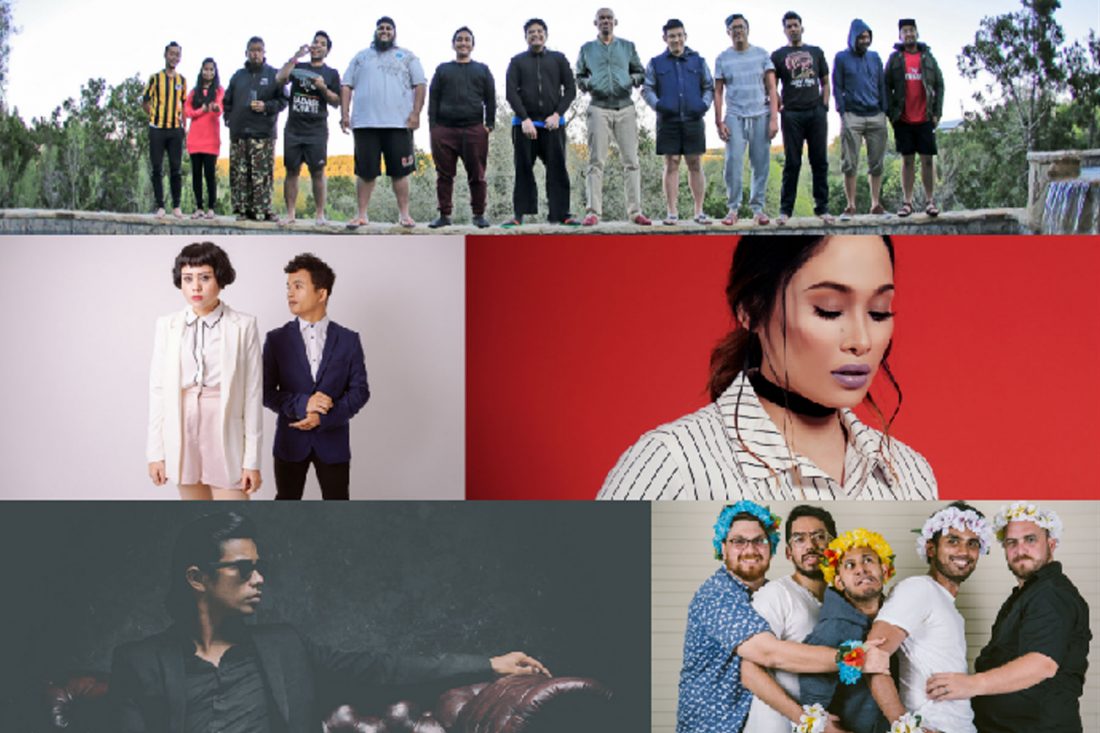 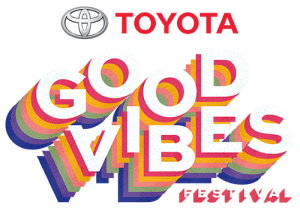 This 21 & 22 July, Good Vibes Festival returns to Gohtong Jaya’s The Ranch at Genting Highlands. It will set the stage for pop’s people’s princess Lorde, alt-prog trio alt-J, and American band The Neighbourhood, among other well known international acts.

That being said, we’ve got on our eyes on the local names who will share this festival banner. We got hold of five Malaysian acts from the upcoming #GVF18 and got them to talk new music and performing secrets – while also quizzing them on a little familiar flavour. 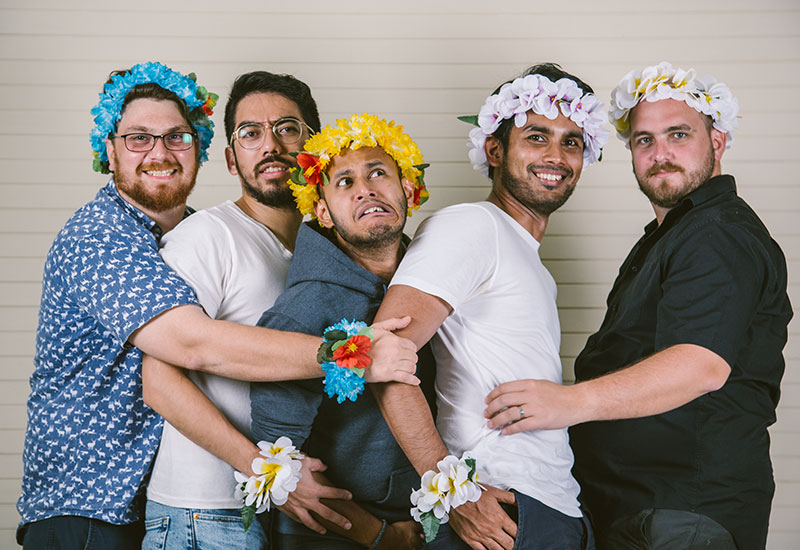 Fuad: We’re on the cusp of releasing a new album called The Pen Is Mightier and it’s special to me because it’s a new batch of songs that are refreshing for us to play live. It’s a new sound; it’s an exorcism of past demons.

Fuad: Seeing people being pumped for a show gets me pumped as well. It’s kind of like… I can’t let them down if they’re so excited for the show. Also talking to my inner circle and loved ones helps to realise the situation. From a technical perspective, there are a bit of warm ups that I do: vocal, and muscular. Just to prevent injury.

Fuad: We will be playing “The Pen is Mightier” in its entirely for the first time ever! That’s already quite a mighty undertaking.

Fuad: It would be the Nasi Lemak Burger. It’s innovative but at the same time has an unmistakably classic flavour.

Hairi: Rojak buah, because it every bite taste different but it’s just so good.

Check Kyoto Protocol out on the official website or Spotify. 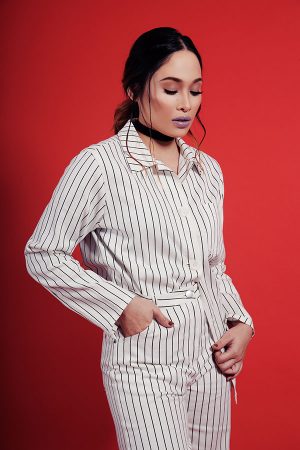 My recent project is the official music video of No More Excuses. It means a lot to me because it was my first official music video from the new album with the new sound that I have. I feel that it is quite a close representation of the lifestyles of my peers, as the song talks about problems that young adults go through.

It also showcases some highlights from my album launch in December of last year, which meant everything to me, the fans coming out, the support and all the love I never knew I had.

First, I think about my favourite performers and try to channel their spirit. Second, I just imagine I’m in my room, alone, just dancing and singing to my favourite music and last, I think of the reason why I wrote the song in the first place. I used to get really worried about everything going wrong, nowadays my ultimate goal is to have fun.

So, I’ll be descending from the sky and there’s going to be fire. Just jokes! All I can say is that it’s going to be bigger and bolder and lots of fun. I’ll be performing new songs from the latest album on the big stage for the first time after the album launch and I’m really excited for that!

Daging salai masak lemak cili api. Great and honest musicians and their music is hard to find, like daging salai. It’s got to be the ones that are cut the right size, has the right amount of smokiness, cooked to tenderness. The masak lemak has got to have that kick. It would suck if people advertised outside their shop that they have the best daging salai in town but you go in and you realise you got fooled by the ad.

In the Malaysian music scene, you have to fork out a lot of money for exposure and you have to have connections. When you find a good daging salai masak lemak cili api though, you can’t help but keep coming back for more and because it’s so rare, you treasure it even more.

Just like Malaysian music – if you produce good work that’s worth talking about, people will share it and spread the word. You may not be bathing in money and fame but there are people who appreciate your work. Like how I have a list of my favourite food places and I share it with other people! 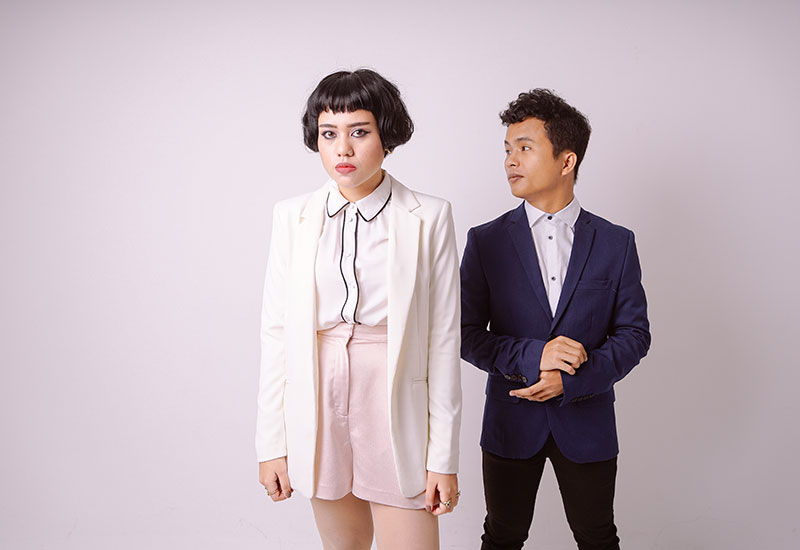 Balada is especially special to us because it is our very first full length album. It consist of 10 songs that we been working on for over 3 years and the first collaboration with our current label.

Whenever we are about to perform live, we find it extremely helpful to wind down and relax as much as we can just to calm the butterflies in our stomach. We take to drinking tea or snacking continuously before we hit the stage. And then, right at the very last minute we do a little team hug and then we are ready to go.

Two musicians just trying to have fun and hopefully able to keep the crowd feeling the same way too.

I think we are your basic home cooked chicken soup. We are extremely overlooked and probably a boring option compared to the rest of the menu. But you will eventually go back to us because you can pretty much have us every day and in any way you want (with noodles/ with rice /spicy…). We may be boring at first glance, but stick around and you’ll discover something new every time. 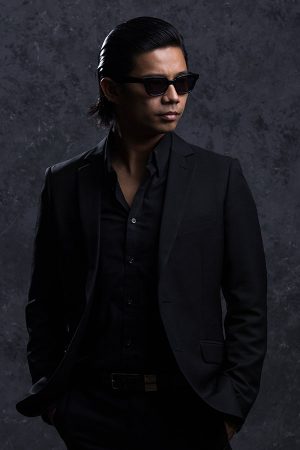 Our current project is Hujan’s latest release, SURIA which is an EP containing 4 songs. It’s special to me because it’s been a while since Hujan released anything new and original, because we usually do remakes from our old demos released 6 or 7 years ago that were not properly recorded. We’ve been quite nervous throughout the promotional period. But thankfully during our last show in Gombak, our Raingers sang along to our new songs and it made me so happy and emotional. We sold a lot of copies too!

Most important of all is the sound system. Second, the crowd response. Two weeks ago during our Sabah show I cried during Kotak Hati because the crowd sang along and everyone turned on the torch on their phones. It was crazy!

A good mix of French, Nusantara and pop with a balance of upbeat and extremely dark, mellow sounds – and some P.Ramlee and Sam Saimun Muay Thai kicks.

Tempoyak. Why? The base is durian, which is really caught in between love and hate, and then fried with garlic, cili padi, prawn (sarawak style). It rises above everything else with its oriental aroma which is so inspiring and man there is no other dish that can mess with tempoyak, local or international, period! 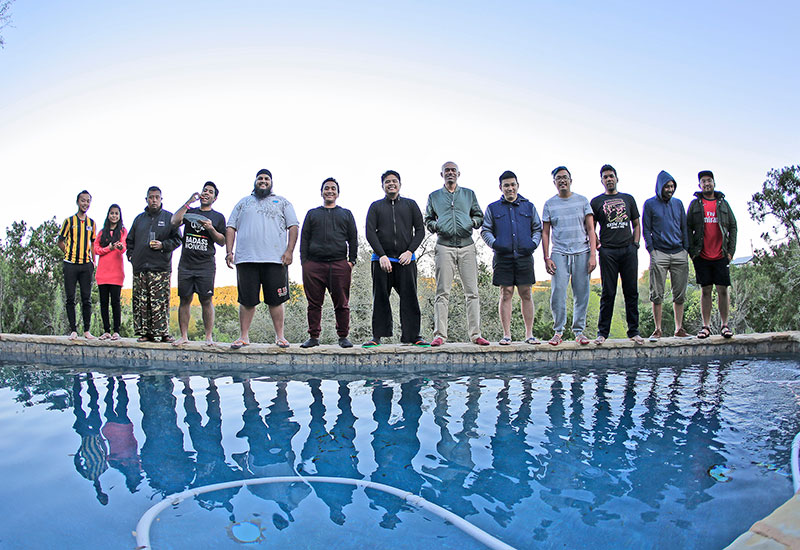 Altimet: We’re supposed to work on another song, we haven’t started yet, but guaranteed to be exciting! It’s always special performing or recording with The Kawan Band because normally I record alone with programmed music, so getting their organic sound, their feel and swing, it’s always a nice and wonderful experience.

Gideon: I guess it’s the whole chemistry of the band. If you’re not happy with your band mates, then it will never work as a band. So all of us are actually really into each other when we’re performing. Even when we started as a band, the first rehearsal left me speechless.

Omar: You can expect us spreading Good Vibes! Yay! The music that we play is a fusion of traditional Malaysian music and hip hop. It’s best if we can get the crowd to feel as good as when they do when listening to commercial music, in a way that they don’t even realise we’re playing traditional music – but at the same, of course, they’re going to realise our sound and the different instruments. It’s educating in a fun way.

Altimet: The Malaysian scene is a buffet. The dish that best represents us would be rojak because it’s a whole bunch of stuff mixed together, it’s nice and flavourful. Theoretically, it’s a salad, theoretically it’s supposed to be healthy *laughs*

Omar & Gideon: Separately it’s a different experience but together it’s a whole new level of flavour!

Check out Altimet & The Kawan Band on Facebook, or Altimet on Spotify. 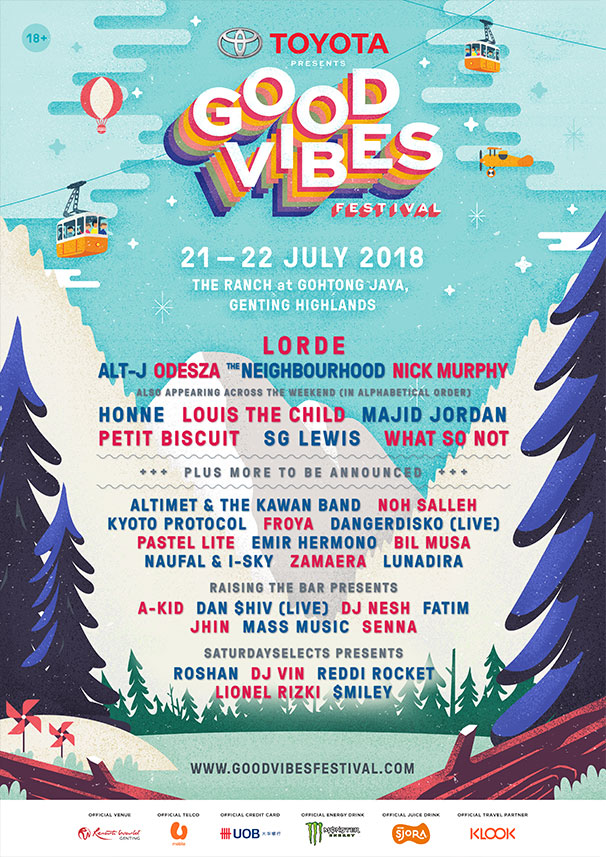 Get your tickets and all other deets on the official website for Good Vibes Festival 2018.