Here in Malaysia, eager crowds camped outside Pavilion KL the night before the drop in the hopes of getting their hands on the watches at the Swatch store when it opened.

The BIOCERAMIC MoonSwatch Collection also constitutes the first ever collaboration between the two major Swiss watch brands, both of whom are under the Swatch Group.

Much of the buzz surrounding the space-inspired collection has to do with its price point. At RM1,065, the new watches stand as some of the most affordable versions of OMEGA’s Speedmaster in existence.

Due to the overwhelming demand, Swatch has put out an update on Instagram thanking customers for their dedication and interest in the release, and assuring them that the pieces will be restocked soon.

“Your enthusiasm has proven to be beyond our current product availability,” the caption read. “The good news is that the Bioceramic MoonSwatch Collection will be available again in the coming days and weeks – and it is not a limited edition.”

“So, everybody who is moonstruck by this OMEGA x Swatch collaboration will soon be able to lay their hands on one of these watches.”

A closer look at the MoonSwatch

Bringing a playful, more accessible take on OMEGA’s iconic Speedmaster chronograph, the MoonSwatch collection was a joint undertaking that honours Swatch’s bold efforts during the quartz crisis in the 80s which saved the Swiss watch industry.

The eleven pieces making up the colourful collection pay tribute to a variety of planetary bodies, including earth, mars, neptune, uranus, pluto, the sun and more.

All of the newly dropped MoonSwatch watches are in Swatch’s patented BIOCERAMIC, a mix of two-thirds ceramic and one-third material derived from castor oil.

Each MoonSwatch sports its own mission statement, inspirational engravings and OMEGA X Swatch logos on its dial and crown. A depiction of each MoonSwatch’s corresponding planet is also showcased on the back battery cover.

The finishing touch that completes the MoonSwatch’s astronaut-themed look is its VELCRO© strap reminiscent of spacesuits used on missions.

The BIOCERAMIC MoonSwatch is currently only sold at the Swatch store at Level 4 of Pavilion KL Mall. 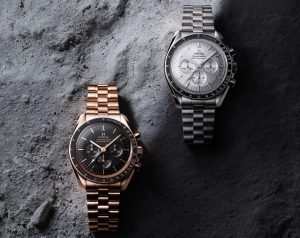 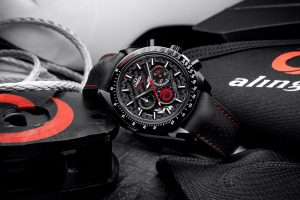 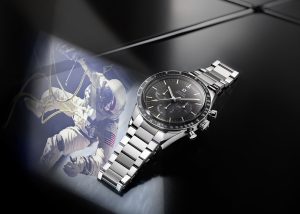 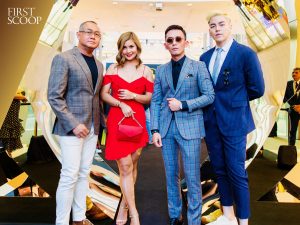 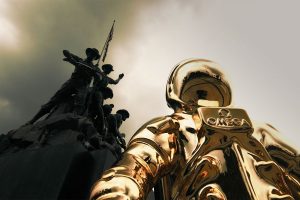