It was originally estimated to be sold at USD450,000 – USD577,000 but instead crushed pre-sale estimates by three times. 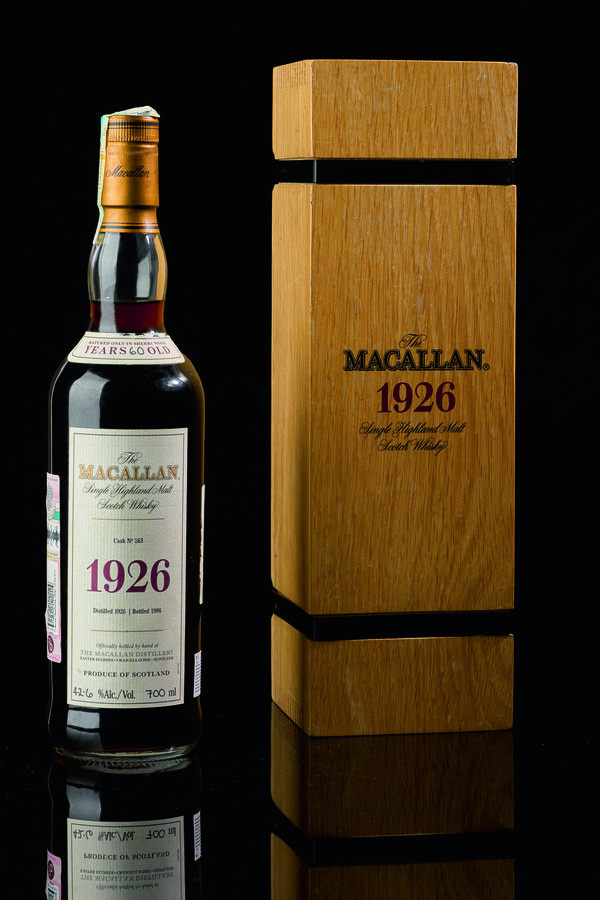 A 60-year-old Macallan 1926  sold for a whopping USD1.9 million (RM7.9 million) at a Sotheby’s auction in London last week, making it the most expensive bottled wine or spirit to ever be sold.

Dubbed as the “holy grail” of whiskies, this 60 year old bottle was one of the 460 bottles of Scotch whisky from the collection of a private American Connoisseur, put together over some 20 years.

The rare Macallan 1926 was originally estimated to be sold at USD450,000 to USD577,000 (between RM1.9 million to RM2.4 million) but instead crushed these pre-sale estimates by three times.

“There were cheers when the hammer fell on the Macallan Fine and Rare 1926, in what has to be one of the most exciting moments in the history of whisky sales,” said Jonny Fowle, Sotheby’s Spirits Specialist.

Another notable highlight from the Sotheby’s auction include the sale of two complete Macallan in Lalique Six Pillars Collection, offered in specially designed cabinets by James Laycock, which sold for double their pre-sales estimates at USD $858,984 (RM3.6 million) and USD $812,046 (RM3.4 million) respectively.

For more information on the Macallan bottles and collections, visit their website here.