As expected, Apple launched its iPhone 13 during its annual product launch event on Tuesday. While the iPhone 13 was undoubtedly the main event of the show, with the company releasing not one but four new iPhone models, other products announced include a new iPad, iPad mini and Apple Watch. Streaming remotely from the company’s Cupertino campus, the hour-long stream showcased camera system upgrades, more powerful bionic chips, and larger, view-enhanced display screens.

Here’s what you need to know about each of the key launches. 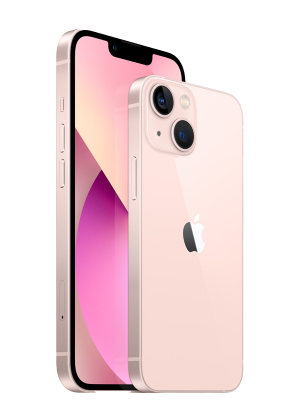 These new iPhones, coming in at 6.1 and 5.4 inches, boast a redesigned rear camera with diagonally arranged lenses to provide the advanced dual camera system. While the Wide camera takes brighter pictures with 47 percent more light, it is the new Cinematic mode that takes the spotlight. Recording in Dolby Vision HDR, Cinematic mode allows users to capture cinema-style videos with depth effects and automatic shifting focus between speakers on camera.

The battery life has also received a significant upgrade with up to 2.5 hours more for the iPhone 13, and up to 1.5 hours more for the iPhone 13 mini. Thanks to Apple’s A15 Bionic chip, the models promise faster performance and higher power efficiency, with a new 6-core CPU that makes it the ‘fastest in any smartphone’. The phones’ Super Retina XDR OLED display has also seen an improvement with a 28 percent increase in max outdoor brightness.

Available in shades of pink, blue, midnight, starlight, (PRODUCT)RED, the smartphones have iPhone-exclusive Ceramic Shield front covers, which Apple describes as ‘tougher than any smartphone glass’. 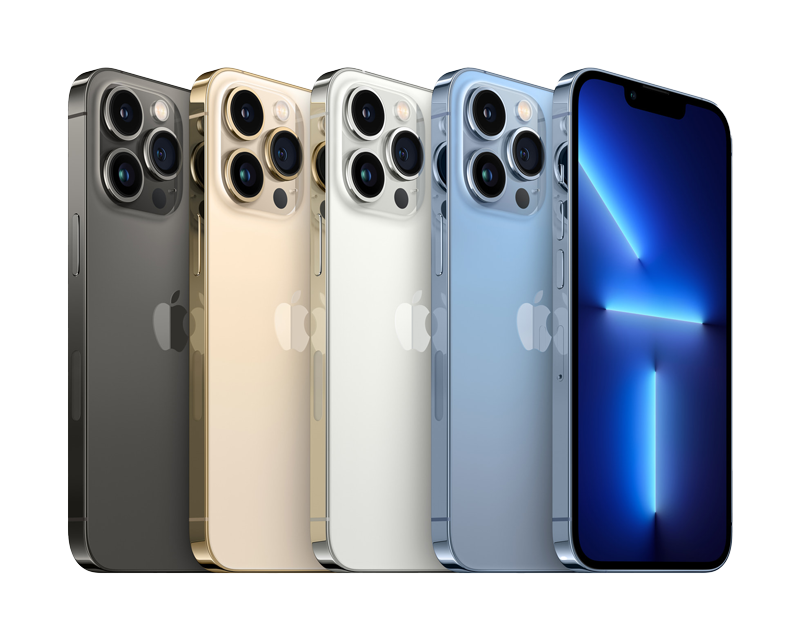 The new iPhone Pro line up, offered in 6.1-inch and 6.7-inch sizes, comes with a host of pro features such as the new Super Retina XDR display with ProMotion, which makes the touch experience faster and more responsive using an adaptive refresh rate up to 120Hz.

Apple’s A15 Bionic chip with 5-nanometre technology powers the phones, with its new 5-core GPU enhancing video apps, gaming and camera features by bringing the fastest graphics available in any smartphone. Also boasting an improved battery life, the iPhone 13 Pro Max lasts up to two and a half hours longer than its predecessor, and for the iPhone 13 Pro, up to one and a half hours longer.

Users can capture more detailed photos with the new Wide camera with a 1.9 µm pixel sensor, and the sensor-shift optical image stabilisation (OIS) produces smoother images and videos by stabilising the sensor instead of the lens. Also featuring Cinematic mode, this iPhone pro line up introduces ProRes, a codec used by professional commercial and film production. The models also provide an end-to-end workflow, allowing users to capture, edit, and share their movies in Dolby Vision or ProRes.

Also protected by a Ceramic Shield front cover, the models are available in finishes of graphite, gold, silver, and sierra blue. Customers can get the iPhone 13 Pro for RM4,899, and the iPhone 13 Pro Max for RM5,299 from apple.com/my/store, in the Apple Store app, starting from October 8. 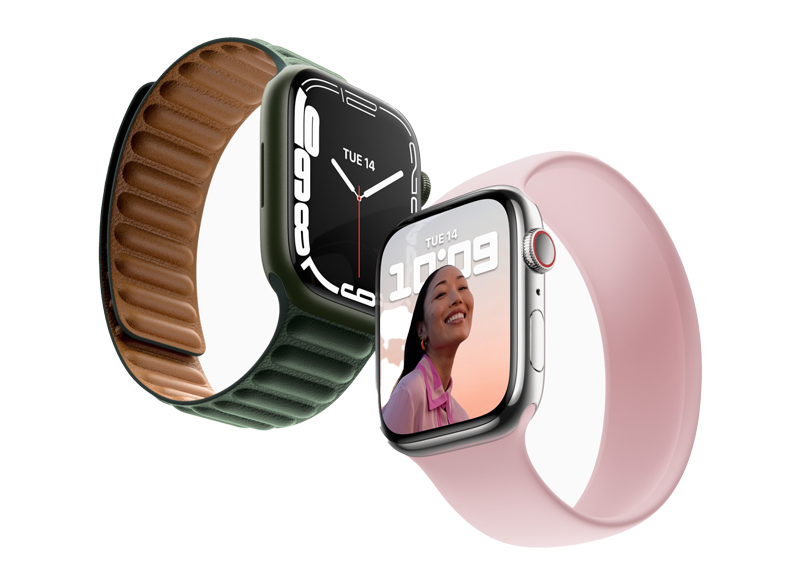 The new Apple Watch features a stronger, more crack resistant front crystal that is thicker than that of the Apple Watch Series 6 by at least 50 percent. Not only that, the screen’s area has been extended by nearly 20 percent by reducing the size of the borders to 1.7 mm.

Reading and typing will be easier with two additional larger font sizes and a new QWERTY keyboard, while the predictive text feature utilises machine learning to anticipate the user’s next word based on context. While indoors, the Always-On Retina display is up to 70 percent brighter, so the wearer won’t have to lift their wrist to see the watch face. Using new charging architecture, the new Apple watch will last 18-hours in a day on a single charge, and will be 33 percent faster to recharge.

Along with a selection of new band colours and styles, the model comes in five new aluminium case finishes, and is certified IP6X dust-resistant, and therefore able to withstand environments like the beach or the desert.

All Apple Watch Series 7 models will be available later this fall. 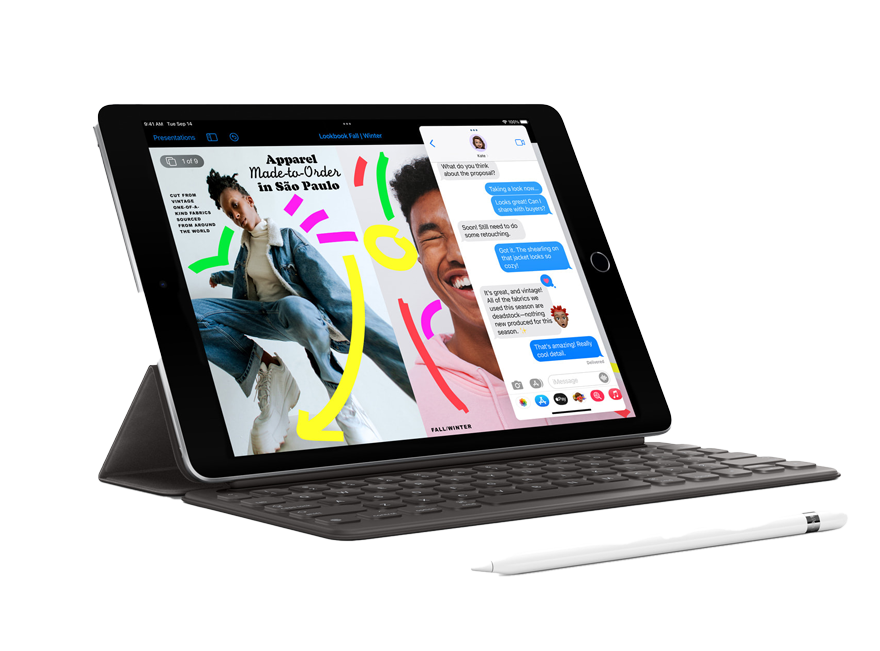 The latest version of Apple’s most popular iPad is equipped with 64GB of storage, double that of the previous generation, while a 256GB option is also available for users who require even more space. Its 10.2-inch Retina display features a new, upgraded ambient light sensor-enabled True Tone, offering more natural images by adjusting screen content  to the colour temperature of a room.

Enabled by the new 12MP Ultra Wide front camera, the Center Stage feature will create more engaging video calls on the new iPad by automatically panning the camera to follow the user, keeping them in view. The camera will also detect when other people enter the shot, smoothly zooming out to include them.

Delivering a 20 percent increase in performance, the A13 Bionic chip allows the new iPad to work three to six times faster than best selling tablets on the market, and gives the user a seamless experience while running advanced apps and games.

The new iPad (9th generation) has a starting price of RM1,499, in silver and space grey finishes, and is available to order on apple.com/my/store and in the Apple Store app. 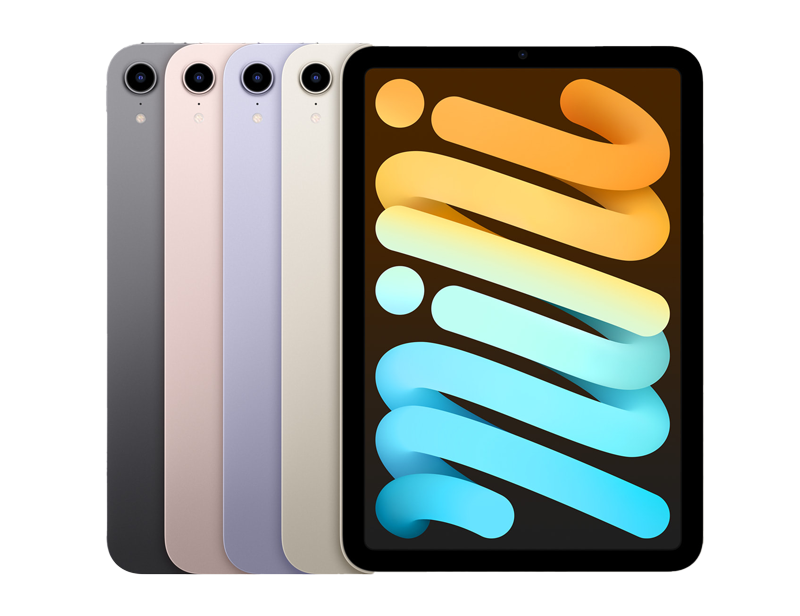 This 10.2-inch iPad is designed to give the user an enhanced, vibrant image viewing experience with its 8.3-inch large Liquid Retina display. Featuring True Tone, 500 nits of brightness, P3 wide colour gamut and anti-reflective screen coating, images come right up to the surface of the glass and integrate with audio from new landscape stereo speakers.

Powered by the A15 Bionic chip, this new iPad mini promises long lasting all-day battery life. With a 40 percent increase in performance and 80 percent boost in graphics compared to the previous generation, the model will be able to handle demanding tasks from graphically rich games to professional apps.

Offered in an array of finishes in shades of pink, starlight, purple, and space grey, the new iPad mini is available to order on apple.com/my/store and in the Apple Store app with a starting price of RM2,299. 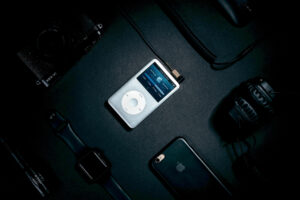