Every year on March 8, people around the world celebrate International Women’s Day. Designated as an official United Nations observance since 1975, the day honours women’s rights and achievements across political, economic, social and cultural spheres.

However, its history dates back much further – and it’s not exaggerating to say that it involved a lot of blood, sweat and tears. To understand the movement and stay true to its purpose, we look back on the radical history of International Women’s Day and why we celebrate it.

Years of women’s oppression and inequality had sparked protests and debates for centuries, if not more. One particular women’s strike that saw 15,000 garment workers marching through New York City to demand for better working conditions in 1857 is often attributed to the observance’s origins, especially after its 50th anniversary tribute in 1907 brought women’s rights issues to the forefront again. However, both the march and its tribute have been disputed by researches, who claim that they were myths created to “detach International Women’s Day from its Soviet history in order to give it a more international origin”.

Historian Temma Kaplan maintains that the first National Women’s Day was celebrated in the US on 28 February, 1909, spearheaded by the Socialist Party of America. It was designated to be on a Sunday so that working women could participate, allowing thousands to attend events uniting the suffragist and socialist causes – which until that point, had often been at odds.

The concept of a “woman’s day” caught on, inspiring German campaigner and socialist Clara Zetkin to evolve the day into an international movement advocating for universal suffrage. She went on to lead the first International Conference of Working Women in 1910 where the idea of an International Women’s Day was tabled. Over 100 women from 17 countries who were present at the Copenhagen conference – representing unions, socialist parties and working women’s clubs – greeted the suggestion with unanimous approval.

As a result, International Women’s Day (IWD) was observed for the first time in Austria, Denmark, Germany and Switzerland on 19 March, 1911. It drew more than 1 million people to rallies worldwide to campaign for women’s rights to work, vote, receive vocational training, hold public office and to end discrimination.

Elsewhere in Russia, the first International Women’s Day was established in 1913 – on the eve of the World War I. What started out as a campaign for peace against the backdrop of war (which caused widespread food shortages and the death of over 2 million Russian soldiers) eventually contributed to the movement in 1917, when a 4-day strike for “Bread and Peace” forced the Czar to abdicate and the subsequent provisional Government to grant women the right to vote.

In honour of the demonstration that began on February 23, 1917 according to Russia’s calendar (it was March 8 on the Gregorian calendar), Vladmir Lenin declared Woman’s Day an official Soviet holiday from that year on. This made Russia the first major power to enact suffrage legislation for women – a year earlier than Britain and three years ahead of the United States.

Currently, only about 20 countries recognise International Women’s Day as an official holiday, including Afghanistan, Cambodia, China (for women only), Cuba, Mongolia, Russia, Ukraine, Vietnam and Zambia. Other countries such as France and the United States honour the celebration albeit not as a public holiday.

While many battles have been won for women’s rights and emancipation throughout the history of International Women’s Day – as seen by the increased number of women in the boardroom and greater equality in legislative rights – there remains a great deal to be done.

The figures speak for themselves: only 47% of women of working age are in the labour market, compared to 74% of men; women hold less than 25% of parliamentary seats; and around one third of women have experienced a form of abuse, according to the World’s Women Report 2020. Recent world events like the #MeToo and #TimesUp movements only serve to underscore its importance even in 2021.

These issues are worth fighting for every day, but a designated celebration helps to spotlight them to effectively tackle specific issues from year to year. Since 1996, United Nations began to adopt a unique theme every year, starting with “Celebrating the past, Planning for the Future.” Other themes in the past few years include #EachforEqual, #BalanceForBetter and #PressForProgress.

This year, the theme for International Women’s Day is #ChooseToChallenge, aimed at calling out bias, questioning stereotypes and helping to forge and inclusive world.

What you can do to help

You can contribute to the IWD movement by submitting photographs of individual or group compositions striking the #ChooseToChallenge hand up pose, ideally in 16:9 aspect ratio, to raise awareness on the movement and cause. Another simple way to stand in solidarity is by wearing purple, an official colour of IWD to signify justice and dignity, on March 8.

Aside from that, you can attend or help out at events, activities or initiatives near you that support women’s rights and gender equality or donate to female-focused charities and organisations to foster positive change for women. Outside of IWD, you can continue to challenge gender biases and promote inclusivity through your social media platforms and personal interactions – no action is too small or insignificant. 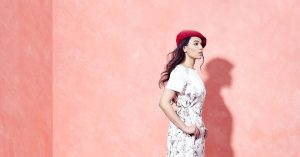 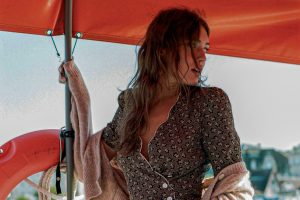 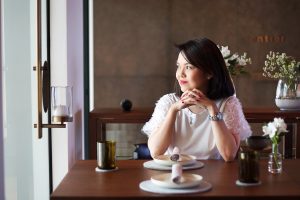