The most interesting of its notes is that of unmistakable kaffir lime, supported by ripe nectarin-like grapefruit.

Asia may be the best-selling market for cognac but wine is slowly but surely inching its way into securing as big a piece of the pie, for more than just a few reasons.

White wine has proven a stellar track record of pairing with the complex flavours of Cantonese food while taking on the hot and spicy profiles of Indonesian cuisines just as well.

If you remain unconvinced, Thai food is also not forgotten, especially with the premiere of Cloudy Bay’s latest vintage – the 2017 Sauvignon Blanc.

Our first thought was probably the same as yours – that should make for a tight wine, being so young. As per Cloudy Bay’s history, it managed to pleasantly surprise us again with a wine that proves exuberant as it is novel, as we tried it with a paired 4 course menu of traditional Thai food at Erawan.

The most interesting of its notes is that of unmistakable kaffir lime, supported by ripe nectarin-like grapefruit.

This allowed it to take on the starter samplers with great versatility – it matched the sweetness of the prawns in the prawn doughnut, the umami-ness of the sea urchin in the pegaga uni salad and cut through the fattiness of the cheese and spinach spring roll to bring out an unparallelled savouriness.

The Sauvignon Blanc 2017 wasn’t afraid of heavier flavours either. It lifted the flavours of the following maguro with lemongrass salad easily. The sashimi style tuna was lent an expanded sweetness following its initial saltiness and the fragrance of the lemongrass salad was intensified thanks to the kaffir lime notes of the wine.

Come the main, we got to explore Cloudy Bay’s Pinot Noir 2014 to match the stronger flavours of Massaman chicken curry, duck with tamarind sauce, kailan with garlic and cockles curry, proving that wine and Asian food – even the spicy, pungent flavours of Thai cuisine – are without a doubt a fair match. 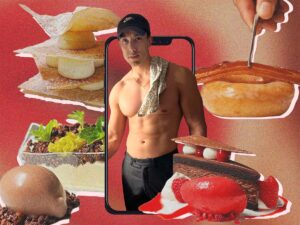 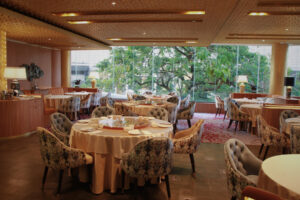 Imperial dining gets a modern day revival at EMP KL 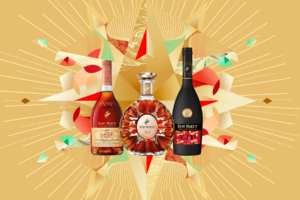