A few key things to being Ally Mukhriz

With the right people and support, Ally Mukhriz knows she will get to where she wants to be, in her own time.

Ally Mukhriz is doing things most people her age are terrified of doing right now.

Despite being only 25, she knows she has found the love of her life and tied the knot in a resplendent ceremony early this year. The global pandemic has put a hold on her plans to travel but that’s just as well because she’s just been easing into married life. Most recently, she’s waiting to hear back from a few job applications but that’s not stopping her from moving out to her own place, the move being something she is describing as “a real process” that’s “been so exciting”.

Ally is a 25-year-old who grew up in the spotlight but is, in actual fact, just like the rest of us – she’s just trying to figure her own life out while making the best out of the situation.

Kudos have to be given for she does it all while being in the constant scrutiny of the masses, a pressure that would easily get to anyone. Thankfully, she has the grounding of her family to help her navigate through it all.

“There is always a lot of pressure, but not from my family, because they’re always very supportive of what I do,” she opens up. “It was always other people and the public’s perception of me that I had to think about the most.”

It has been a shadow that has followed her for years from as early as she can remember, and it doesn’t look like something that can or will be changing anytime soon. What can change is how she handles the scrutiny.

“It got to a point when I grew up and realized that other’s people’s expectations of me don’t matter that much as long as my family is okay,” she lets on.

It hasn’t always been this clear for her. There was a time when she felt the need to defend herself online, an effort she now knows is futile.

“I think I realized that people will always have something to say,” she adds. “Also, they don’t know my life. They see what they want to see on social media, they interpret it however they want to, but it may not necessarily be what I’m trying to convey myself.”

And things can get ugly online, with people having a say – or thinking that they do –  in almost everything. Such things could include even her perceived intelligence, the way she dresses, her “loud-mouthness” at things she cares about.

She’s all too familiar with keyboard warriors and unwarranted opinions. As she enters a new era of womanhood and maturity, she’s learned to equip herself with a few key things.

Public scrutiny is nothing new to Ally’s life. There was a time she was bowed by it. Lately, she is learning to let it control her less.

“At the end of the day, people are going to say and think what they’re going to think,” she reasons. “As long as you’re happy and your family is happy, it doesn’t really matter what other people say.”

More than that, she’s allowing herself to grow into her potential with things she’s passionate about, particularly feminism, and use her voice as a tool of empowerment for others.

“One of my core values is that I am a feminist. I always try and encourage that in all young girls,” she tells. She does so by using the voice and platform that have been granted to her to speak up on things that matter to her.

“It’s Asian culture to not speak up very often, but I think it’s very important that you do,” she expounds. “On my accounts, I try to speak up on movements that matter to me – like the feminist movement and the Black Lives Matter movement. Things like that are important to me. People will always say something, like “that’s not your place”, but no, that’s years and years of oppression telling you that you can’t say things.”

It has proven to her more than ever the importance of using her voice.

“People have called me a loud-mouthed woman,” she tells. “It’s all the more reason I have to break down these barriers. I try to champion this to young women that it’s okay to say what you think.” 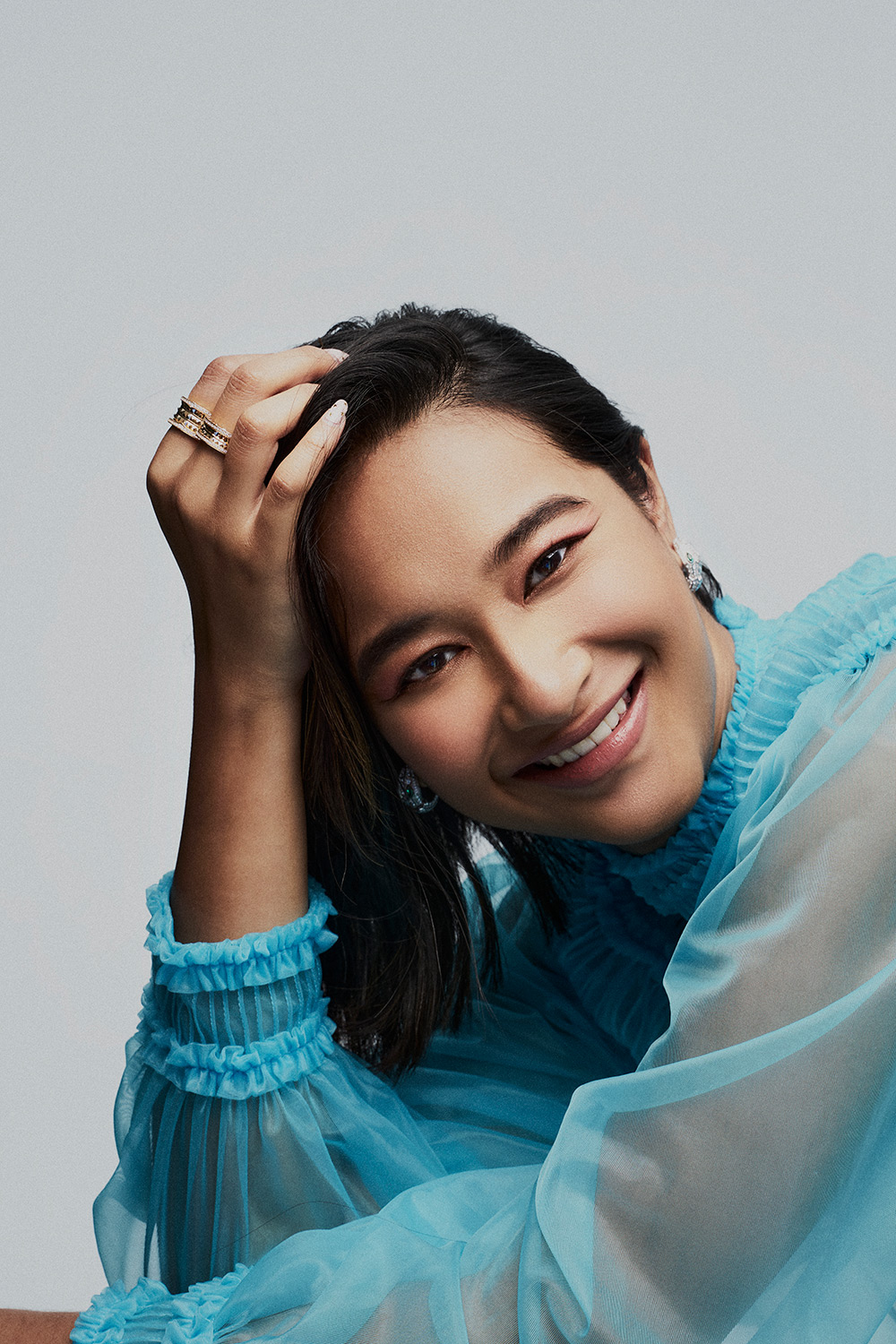 One of the things Ally is very grateful about is having a job she enjoys thoroughly and hobbies in her personal time that she finds just as much delight in.

“I think it’s really important to have a balance,” she opines. “You can be really into your work but at the same time have a passion outside of it that you love.”

An unshared side of her is her years in an agency building a career in marketing that she loves. A Master’s degree in Marketing solidified her passion for it, something that she says she can’t quite see herself doing anything else other than.

At home, she loves cooking. Before Covid-19 put a stop to many of the world’s plans, she reveals she had even contemplated enrolling in Le Cordon Bleu in London. Her cookbook collection is one she’s quite proud of, and one which she uses thoroughly, cooking up a recipe a day during the national Movement Control Order. Asked which is her favourite, she recommends Chrissy Teigen’s without hesitation, for the fun and easy recipes in them, a reflection of Ally’s laidback personality in itself.

“My end goal is to own a restaurant,” she tells. “In the future, that would be nice.”

In her downtime, you’ll to find her kicking back in comfortable loungewear and playing videogames when she’s not reading or picking up – in her own words – “random hobbies” like cross-stitch, paint-by-numbers art kits, or the good old puzzle.

“I’m actually the least glamourous person ever,” she tells with an easy laugh, which brings us to the next key thing of being Ally Mukhriz…

#3. “Don’t take yourself too seriously”

Ally’s Instagram page is a colourful, happy reel of family events, lifestyle shots and more importantly, goofy unfiltered moments that allow us snippets into her life. Breathtaking composed shots from her wedding day are up there alongside a shaky video of a jelly cake falling off a table during a family gathering, all an amalgamation of the true reality of her life and self.

“I sometimes feel like I have to be glamourous and put together on Instagram but there are times when I post the real me in sweats and looking like a complete goofball,” she tells candidly. “I really don’t take myself seriously at all and I don’t mind if there’s a bad photo of me. I love goofing around, I make a lot of jokes. I think I get a lot of that from my dad.”

It’s a part of her since she was a child. “I don’t get really stressed out because it’s easier to just have a level head to find the best solution,” she lets on. “If you take things too seriously all the time, where everything has to be a certain way, you’ll be disappointed more times than not.”

But that’s not to say she’s throwing caution to the wind. She knows when to get serious and when to let loose. “I am an introverted extrovert,” she offers. “In a comfortable environment, I can be very loud and run around and stuff. But if I’m alone, I can get very shy and I would close up. At a lot of events, I’m definitely very shy.”

In that arena, she’s glad she has found her husband Ezran Daud Cheah to take on life together with, her person who more than balances her out by being “the complete opposite of me but also very similar”.

“I love being married,” she says. “There are moments when I think I couldn’t be with anyone else. I couldn’t have chosen a better man.”

Together, life has been like “an extended sleepover”, one that brings us back to her number one rule in everything she does. 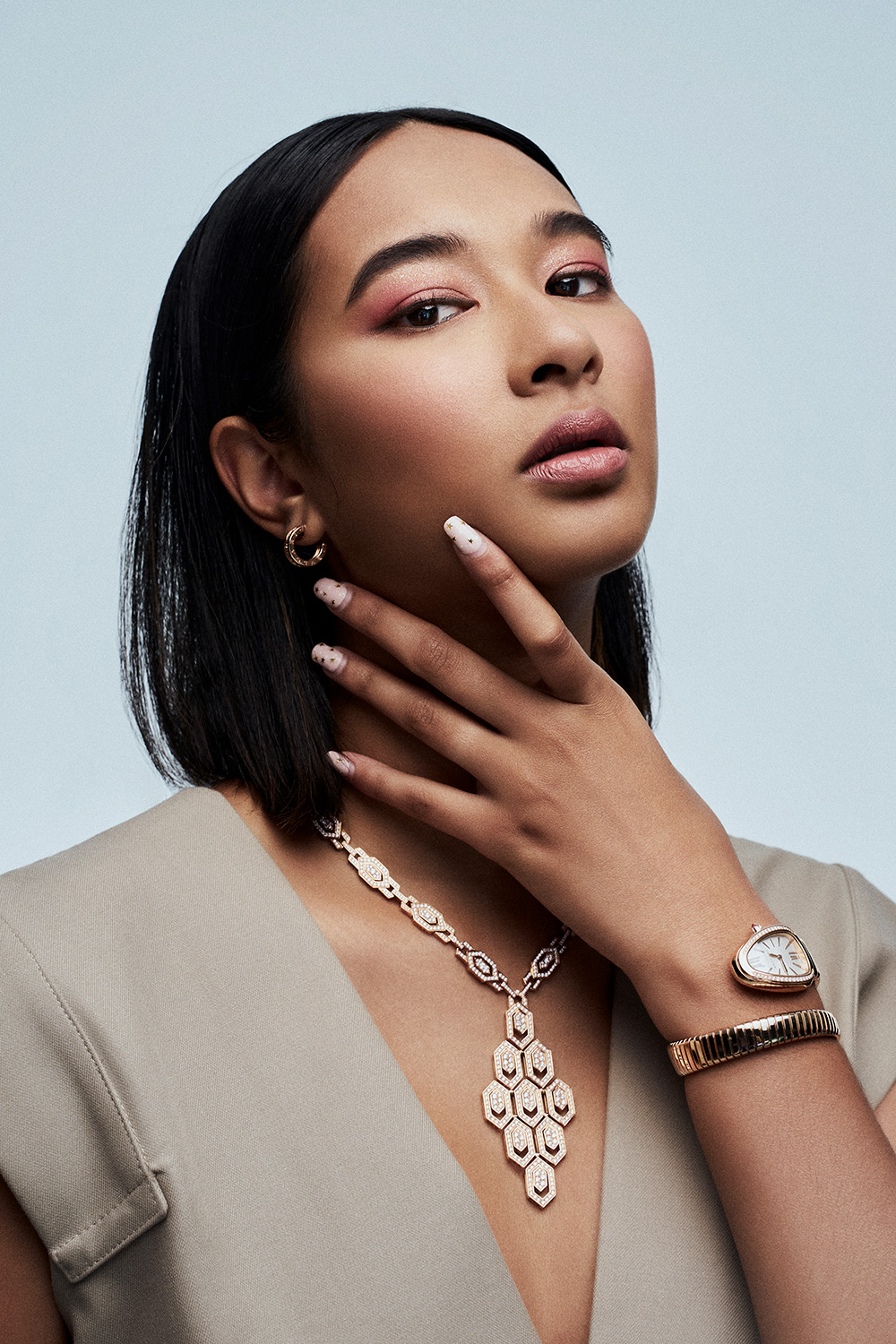 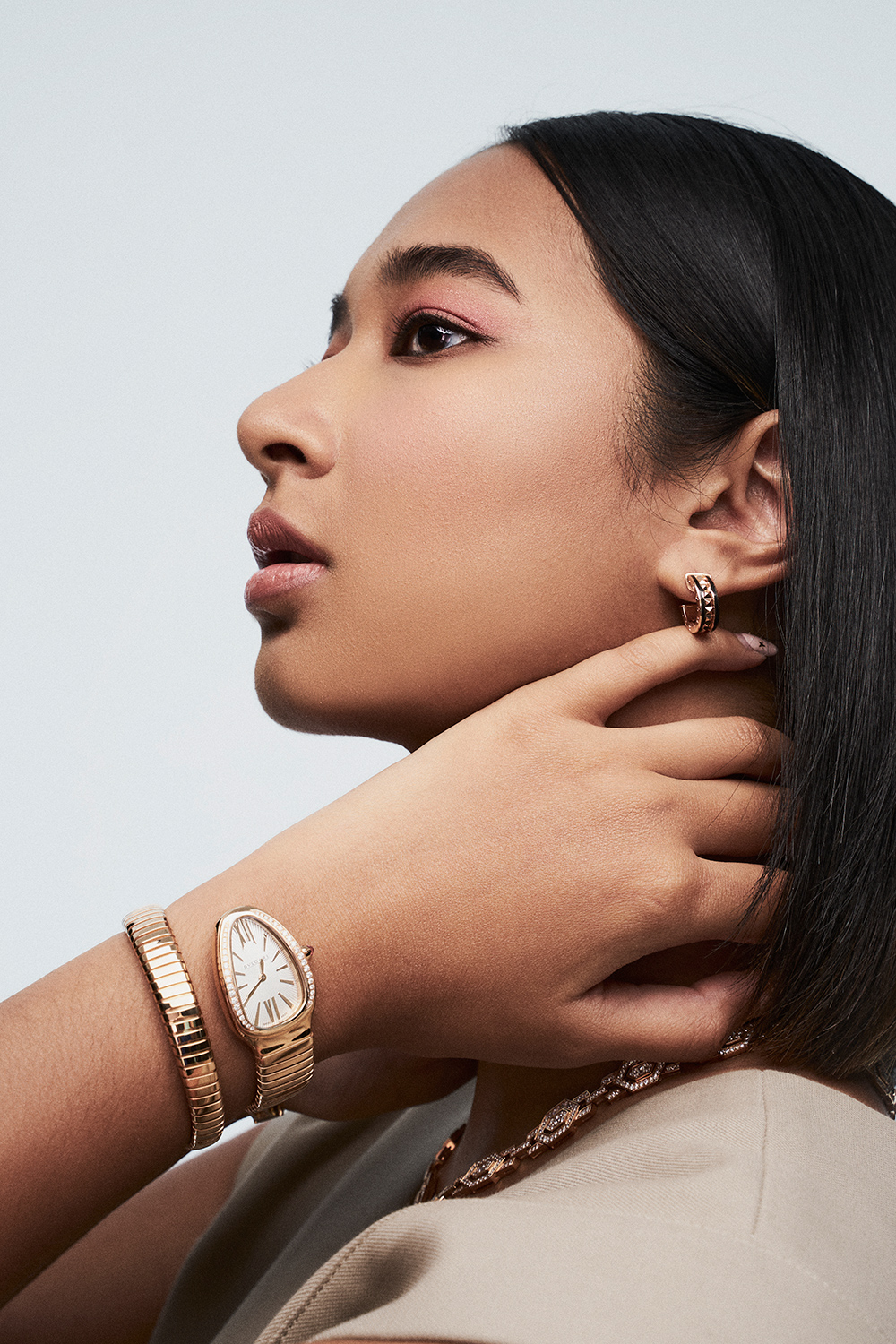 #4. “Keep a strong relationship with family”

She shares a tight bond with her parents, an unwavering relationship with her siblings and counts herself lucky to have been able to double that love and support with her husband and her in-laws.

“It’s so important to have these type of people around you so you will always have someone with you when you’re down. It’s so hard to navigate life when you’re alone,” she says.

She’s also quick to point out family does not necessarily mean those of blood. Those who chose to be by you and continue to stand by you count just as much.

“They are the ones who will be supporting you through thick and thin,” she sums it all up.

Ally Mukhriz is doing things most people her age are terrified of doing right now but she has never felt more certain of herself, guided by the few key things that matter most to her. With the right people and support, she knows she will get to where she wants to be, in her own time. 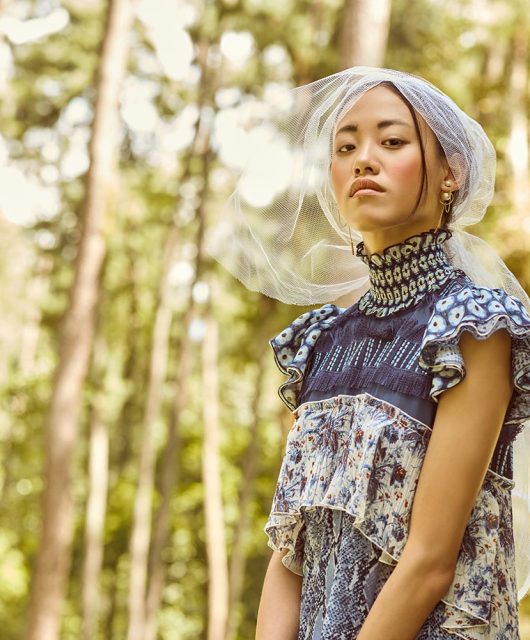 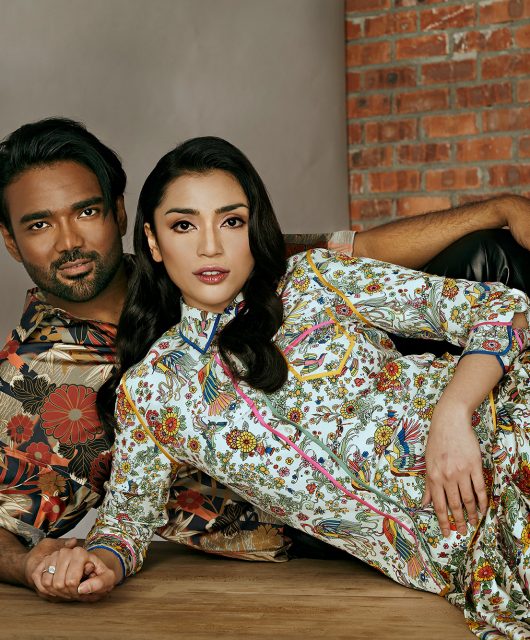 How Vinesh Sinha is fuelling the road to ‘Economy 2.0’ through the waste oil industry Joey Yap believes he can change his destiny, so he did #Throwback: A walk through our Inspire features of 2019