From bouquet to tannins, you have officially heard it through the grapevine. 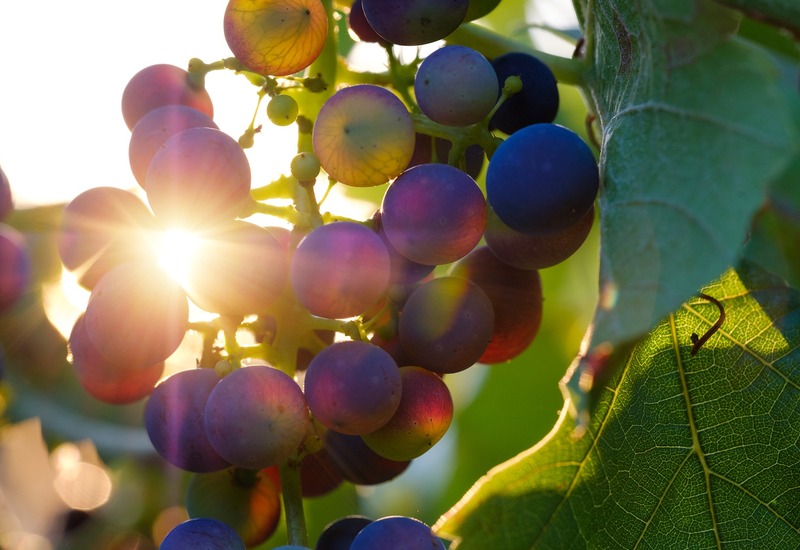 Have you ever been at dinner or an event where there was wine involved and as much as you don’t want to admit it – it makes you a bit nervous? Sure, you are good at drinking it, but have you wished you knew a little more about it so you can impress that date, that boss, or that potential client?

You can and occasionally do enjoy a glass of this delightful drink but knowing a few more things about the reds and the whites would come in handy in many situations.

Truth be told, learning about the ins and outs of this fermented grape beverage might take you the better part of the month or even year, but there are some often-used terms that you can look through so you at least have an idea of what to expect the next time you find yourself in a wine situation.

To aid with this, we have put together an emergency pocket wine glossary of terms that you can look through on the spot, to get you through those difficult moments.

Nothing wrong with being prepared so… wine not?

Acidity: Acids in wine determine its tartness. Acidity gives wine it’s “crispness” and can affect the brightness or liveliness of its flavours.

Aging/Aging barrel: An oak barrel that holds wine for it to mature to a more desirable state

Astringent: A tasting term to explain how a wine makes your mouth pucker, caused by high levels of tannins in red wine 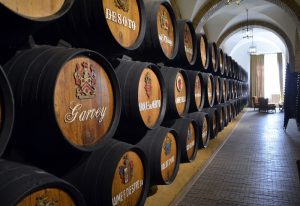 Bitter: A taste sensation in the mouth caused by tannins in a wine

Blend: Wine that is made from more than one type of grape variety, (eg: cabernet merlot)

Body: A description of the feel of wine in your mouth. Wines can be light, medium or full bodied.

Bordeaux: A region in Southwest France considered to be one fo the greatest wine-producing regions in the world

Bouquet: A term that refers to complex aromas, usually in older/more matured wines

Breathing: A common term denoting the process of exposing a newly opened wine to oxygen, i.e letting it “breathe” 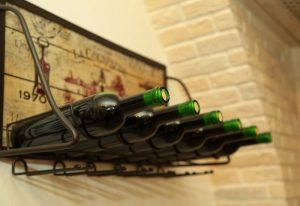 Cask: A wooden barrel usually made from oak that is used in wine fermentation or aging

Complex: A wine that has many flavours, odours, nuances and flavours

Cellar: A storeroom specifically designed for holding wine, usually set to an optimal temperature between 12 and 18 degrees Celsius. Wine is best stored horizontally in a dark place, hence the reason wine cellars are usually underground.

Chardonnay: A variety of white wine

Corked: A tasting term used for wine that has cork taint

Decant: The process of transferring wine from the bottle to another holding vessel. This is done to aerate the wine (to allow oxygen to mix with it)

Dry: Wines with very little sugar content, opposite of sweet 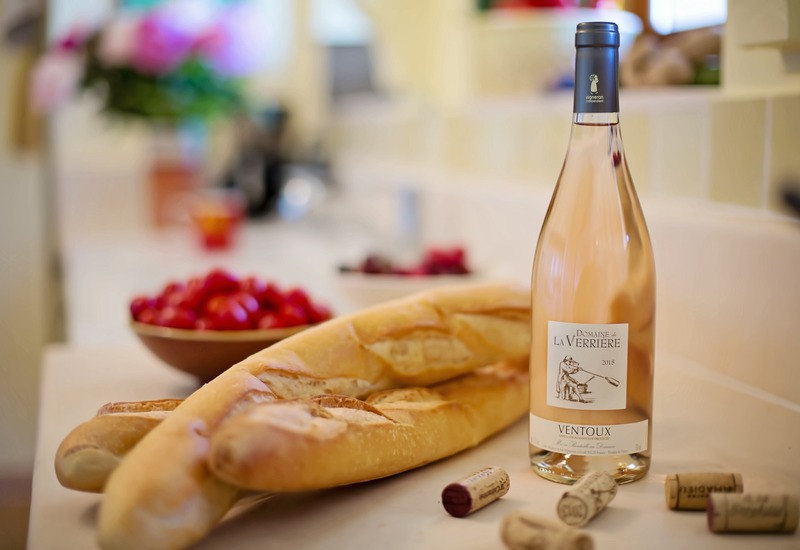 Earthy: Tasting term use dot describe wine as having a soil-like quality

Fermentation: The way in which grape sugar is converted to ethyl alcohol and carbon dioxide – converting grape juice into wine

Finish: The finish is the overall taste that remains in your mouth after you have swallowed your wine – in other words the aftertaste. A full-bodied wine usually has a longer finish, while a lighter – bodied wine has a shorter finish

Full-bodied: A wine with a “big” flavour profile, usually has a lasting finish

Malbec: A type of red wine grape variety with French origins, but now popular in Argentina

New World wine: Wines that are produced outside of the traditional wine growing areas of Europe and North Africa

Nose: A tasting term describing the aromas and bouquets of a wine

Oxidation: Wine that has been exposed to oxygen that goes through a chemical change

Oxidized: Wine that is no longer fresh because it was exposed to too much oxygen 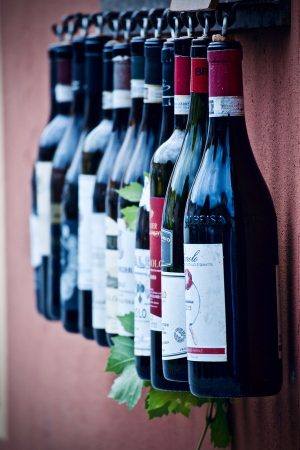 Palate: A tasting term for the feel and taste of wine in the mouth

Pinotage: A hybrid between Pinot Noir and Cinsault that is grown almost exclusively in South Africa

Riesling: A variety of grape used to make white wine, grown mainly in cold climates. Can be found in Germany, Australia, South Africa and Canada.

Semillion: A white grape variety popular in Bordeaux and Austria

Shiraz: Shiraz or Syrah is a grape variety used to make red wine and is most often used in Australia 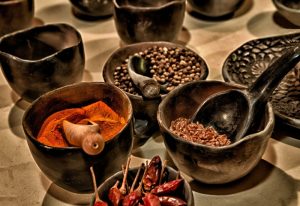 Spicy:A tasting term used for odours and flavours that are spicy, such as black pepper or paprika found in certain wines

Sweetness: Denotes the residual sugar left in the final liquid after fermentation process. Also affected by factors such as acidity and alcohol levels and amount of tannin present in wine.

Tart: A tasting term describing a wine high in acidity

Texture: A tasting term describing what wine feels like on the palate

Tempranillo: The most popular red grape variety in Spain

Unoaked: Also known as unwooded, referring to wines that have been matured without contact with wood/oak such as in aging barrels

Vintage: The process of picking grapes and creating the finished product. Refers to the yield from a wine harvest in a single season

Weight: Similar to “body”, the mouthfeel of wine on the palate

Yeast: A micro-organism present on the skins of grapes that reacts with the sugars inside and results in the production of ethyl alcohol during fermentation

Yield: A measure of the amount of grapes or wine produced per unit surface of vineyard

Zinfandel: A variety of red wine grape that is commonly found in California, though its origin is disputed 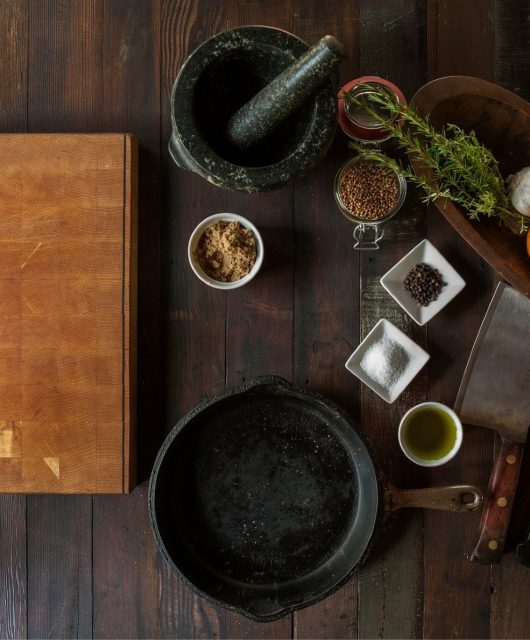 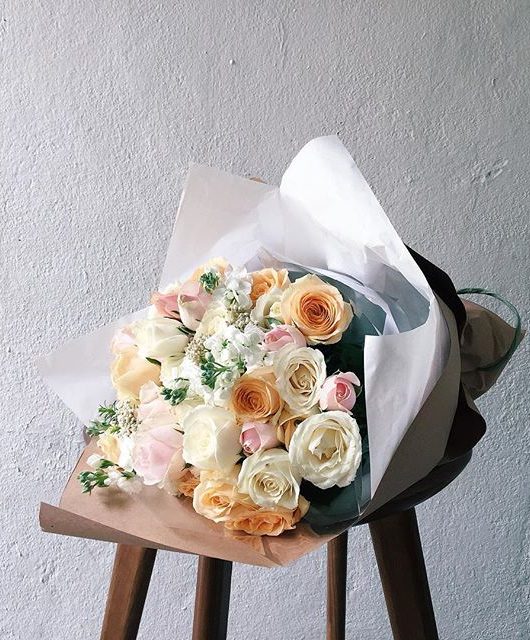 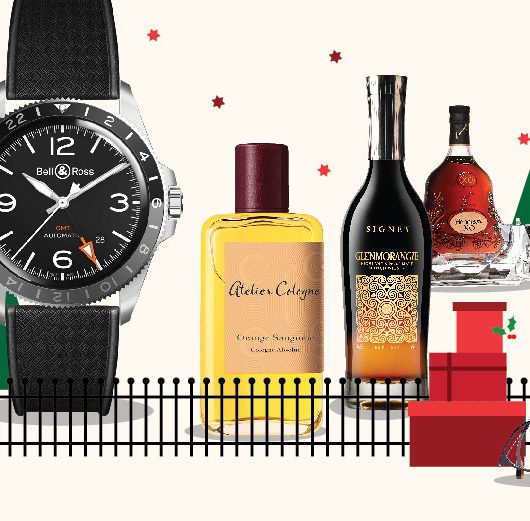 Holiday Gift Guide 2018: Drinks, grooming and fashion For Him 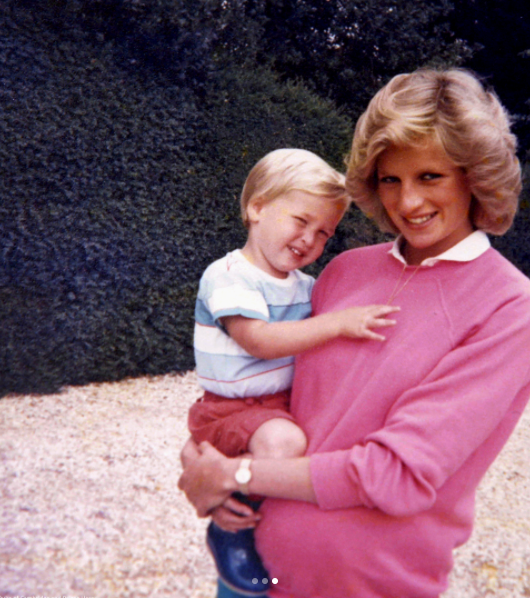 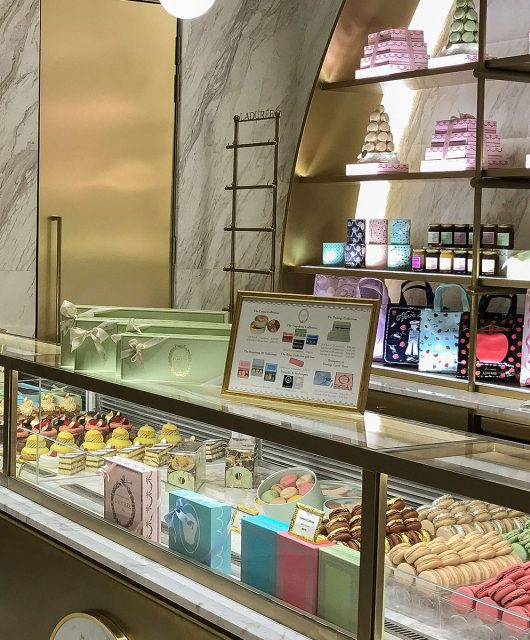