Underrated shows might be able to build up a faithful audience, but sometimes a good story just isn’t enough for some shows to break into the mainstream. Many of these shows don’t get the recognition they deserve, leaving them at risk of cancellation thanks to minimal word of mouth.

However, some of the best shows are often overlooked in favour of the big blockbuster titles dominating the mainstream conversation. We’ve compiled a list of 10 underrated TV shows and which streaming platform you can find them on.

Pachinko was adapted from the 2017 book of the same name and follows a Korean family who immigrated to Japan in the early 1900s. The series jumps through 2 different timelines to follow a young Korean woman who experiences a great deal of trouble during the Japanese occupation of Korea in the early 1900s and her grandson, who is forced to re-examine his self-worth in the modern-day. A character-driven drama about an Asian family’s struggle to survive makes this series a timely binge.

Irish comedies are often underlooked but come highly praised among critics. Derry Girls is no exception. The series follows a 16-year-old girl and her friends as they come of age during The Troubles, a dark time in Irish history. The series features many laugh-out-loud moments, while also dealing with serious political topics and cultural unrests which took place during that time.

Russian Doll follows a woman who finds herself trapped in a time loop, reliving the same day over and over again. This series manages to toe the line between comedy and drama rather well and time loop enthusiasts will appreciate its refreshing take on the sci-fi concept. A second season will be released on Netflix this week.

Fans of Taika Waititi rejoice! The pirate dramedy follows the life of Captain Stede Bonnet, and the many adventures he shares with the infamous Captain Blackbeard, played by Taika Waititi. The show, which has gained a cult following and is often praised for its handling of progressive themes, places focus on LGBT characters and diverse characters at the forefront.

How To With John Wilson

Going on its 2nd season now, this docu-style comedy is a hilarious take on the daily life of John Wilson, an anxious New Yorker who documents everything he sees. Now, you might be wondering, “What’s so funny about that?” but you’ll just have to trust me when I say he finds a way to pull emotion out of absurdity. Episodes often start with simple premises like ‘How to make small talk’, and end up being something both hilarious and shockingly profound.

The Afterparty is a unique take on the classic whodunnit concept, offering comedy, drama, mystery and everything in between. After a beloved celebrity gets murdered at a high school reunion afterparty, each suspect offers their perspective on what happened that night. The genre of every episode shifts based on the perspective of the suspect, ranging from action to an animation depending on who’s telling the story.

Only Murders in the Building

Three tenants are brought together to investigate a murder that took place in their building while recording a true-crime podcast to document their findings. Smart, complex and intriguing, this witty comedy-drama stars Martin Short, Steve Martin and Selena Gomez whose electric chemistry alone makes this series a must-watch!

A mysterious virus infects the global population, resulting in the birth of animal-human hybrid born babies. A young deer boy finds himself traversing both the dangers and wonders of the world. Sweet Tooth offers a charming spin on the post-apocalyptic story told from a child’s perspective. Gus is a lovable kid you can’t help but root for throughout his adventures in this series. A second season is currently in the works.

What happens when you can’t differentiate your work life from your personal life? Severance offers an eerie view into the lives of employees whose work selves are severed from their personal selves. This Lynchian-like series has a slow start, building up intriguing mysteries intertwined with compelling characters which pay off satisfyingly in its season finale. A second season is already in the works.

Fans of period pieces and action flicks will find themselves in love with this explosive martial arts drama. Ah Sahm, a Chinese martial arts prodigy, immigrates to San Francisco during the Tong Wars in the late 1800s and becomes a hatchet man for the most powerful tong in Chinatown. Initially a Cinemax original series, the series was in limbo for some time after Cinemax discontinued all original programmes. Recently, the series found new life when HBO Max picked it up for a third season which is currently in development. 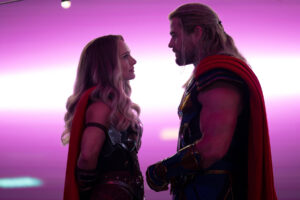 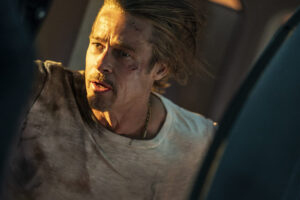