Pilates instructor, personal trainer and author of The Model Method, Hollie Grant shares what sets these exercises apart and why you should give them a shot.

As a newbie to pilates and yoga, I have always thought they were quite similar. Both form of exercises basically involve positioning your body in several different ways that look either impressive or compromising depending on how you take it, right?

Well, one fine morning after a workout and interview with Hollie Grant (@thepilatespt), a pilates instructor, personal trainer and author of The Model Method, I finally realised how wrong I was. But the real distinction between yoga and pilates wasn’t the only revelation I received that day; I also discovered that you could combine one (or both) with cardiovascular exercises or high intensity interval training (HIIT) in a single session to reap the benefits of all.

To understand how that works, I had to first identify what sets the different exercises apart. Here’s what I learnt from Hollie in this regard. 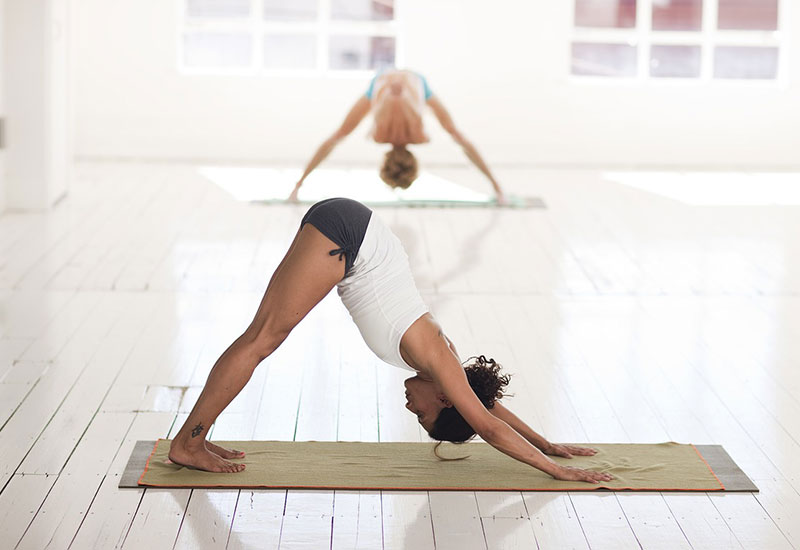 The fundamentals:  First and foremost, Hollie clarifies that yoga didn’t start out as an exercise regime. “It’s almost a religion. It’s a way of life. The poses that we see in yoga are a method of clearing the mind and helping you get more into that yoga lifestyle. The Western world has taken those poses and turned them into a workout, but that’s not what yoga was.”

Yoga can be traced back thousands of years ago in India, which may be why it’s so widely known today with many different adaptations to boot. You may have seen some interesting variations on social media, including aerial yoga, chromayoga, hot yoga, and even beer yoga (no seriously, it’s a real thing); but these mostly point back to the idea of meditation and mindfulness.

The focus: “Yoga classes are more about stretching, and the by-product might be that you get stronger. Also, with yoga, you’re breathing in and out through the nose and it’s all about warming up your internal system. It is a relaxing and meditative exercise that helps make you more flexible.”

Recommended for you: 5 yoga retreats in Asia to rejuvenate your mind and body

The fundamentals: Pilates dates back less than a century ago and was formerly known as “Contrology”. Introduced by Joseph Pilates, it is a system of exercises using the mind to control the body. Like yoga, there are various pilates poses, but these are targeted at strengthening muscles and the spine rather than encouraging peace of mind. “It’s not about spirituality at all, it’s all about exercise and building strength.”

The focus: “In pilates, the emphasis is on strength and a by-product might be that you get more flexible. Unlike yoga, you breathe in through the nose and out through the mouth and that’s to help activate your muscles. Pilates is also very focused – you have to concentrate on the muscles you’re working on and this helps make you stronger.”

You may also like: How Firestation started from a single gym equipment 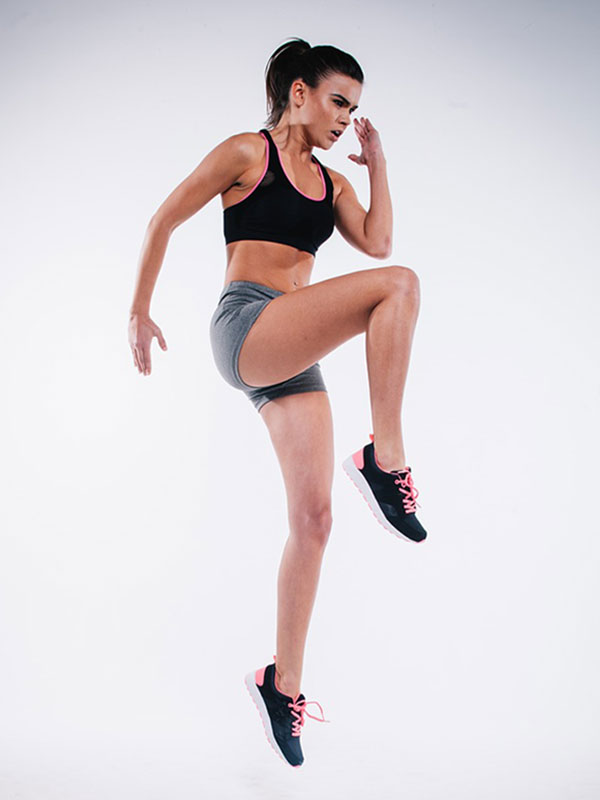 The fundamentals: Also called jump training, it involves a series of jumps, hops and high-impact exercises. Though less commonly heard of, it is incorporated in various other exercises and athlete training sessions; examples include squat jumps, platform jumps and power skipping. “It’s what the military would use for exercise. You’re using the weight of your body and nothing else to tone your muscles.”

The focus: The main goal of plyometrics is to increase muscle power, strength and agility, targeting primarily the leg muscles and glutes. Depending on the type and duration of exercise incorporated into the workout, it may also help to improve overall cardiovascular fitness. 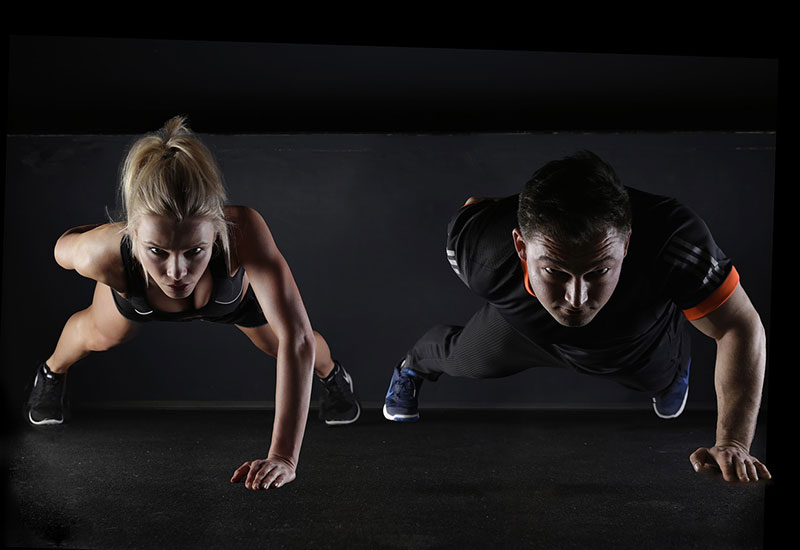 The fundamentals: HIIT workouts are one of the most common gym classes today due to its effectiveness in reducing visceral fat. They typically consist of a series of short intervals (usually less than a minute), alternating intense cardiovascular exercises and medium to low-intensity exercises.

The focus: While HIIT can be tailor-made to address a variety of concerns, the general goal is to improve cardiovascular fitness and VO2 max (maximum rate of oxygen consumption during exercise) as well as to burn fat. Certain HIIT exercises can also help to increase muscle strength and endurance.

The combination: The Model Method

Now that you have a better understanding of the different exercises and their respective benefits, here’s why you should try them together.

“Our bodies kind of have two energy systems. One of those energy systems is activated when we do low intensity training. Things like walking, jogging or pilates, where we’re working on our muscle strength.

The other system is activated when we’re doing stuff that is very, very difficult like high intensity interval training – jumping, sweating and when your heart rate is very high. You can’t just work one of those energy systems, you need to work them both to be fully healthy.”

And contrary to popular belief, Hollie doesn’t fully agree with the notion of no pain, no gain.

“Some exercises can be really punishing – like if it doesn’t hurt, you’re not doing it properly. But it doesn’t have to be like that. It should be fun and you should be able to laugh and rest when you need to.” 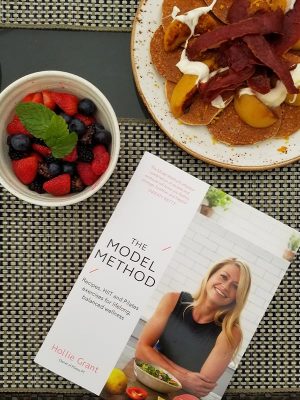 If you haven’t found a workout that you enjoy, Hollie advises to keep trying (there are many others not included in the list here). That said, you shouldn’t necessarily stick to a single type, but aim for a class that is enjoyable and targets both body systems as well.

Her book, The Model Method encompasses different workouts that target both systems to reap the best outcome. On top of that, it offers useful tips, healthy recipes and meditative exercises for a holistic approach to health and fitness.

“The danger with exercise is you find one class you like and you just keep going for that – whether it’s barre or pilates or yoga.

“I try to put together everything that you might need in one session. If you don’t do anything for the rest of the week, it doesn’t matter because you’ve got everything you need from that class.” 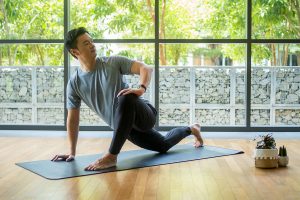 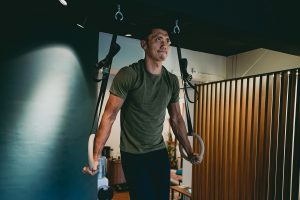 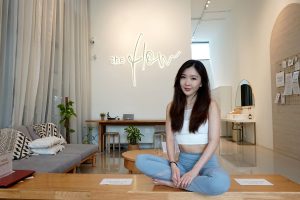 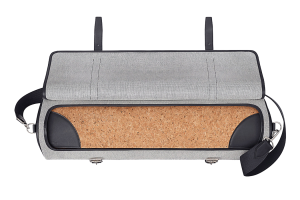