There aren’t too many new things, but overall, the GLA 250 4matic does a pretty fine job of being a pretty SUV version of the A Class. 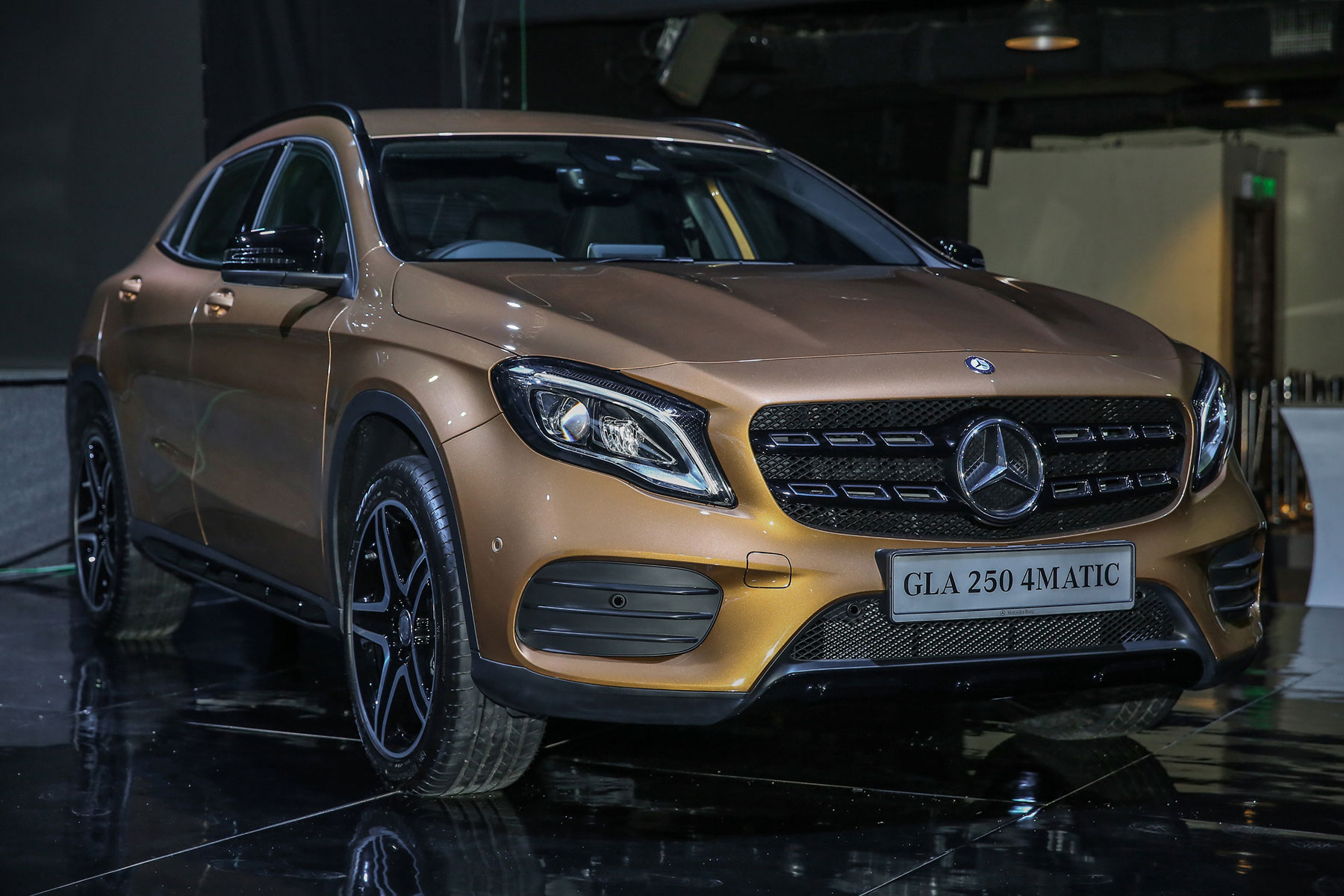 Innovation is the holy grail of business in the 21st Century because we, the consumers, worship forward thinkers and dreamers – think Apple, Jobs; Tesla, Musk.

However, being the innovative one has its own pitfalls, because once you are the personification of innovation, anything that doesn’t reinvent the wheel is seen as a failure – think every Apple product since Steve Jobs’ death.

And that thought is what brings me to the latest facelifted Mercedes-Benz GLA class, the GLA 250 4matic in particular; it is nowhere close to being a bad product – it’s actually a really good and stylish car – but the lack of innovation over its predecessors keeps it from being one of the greats. 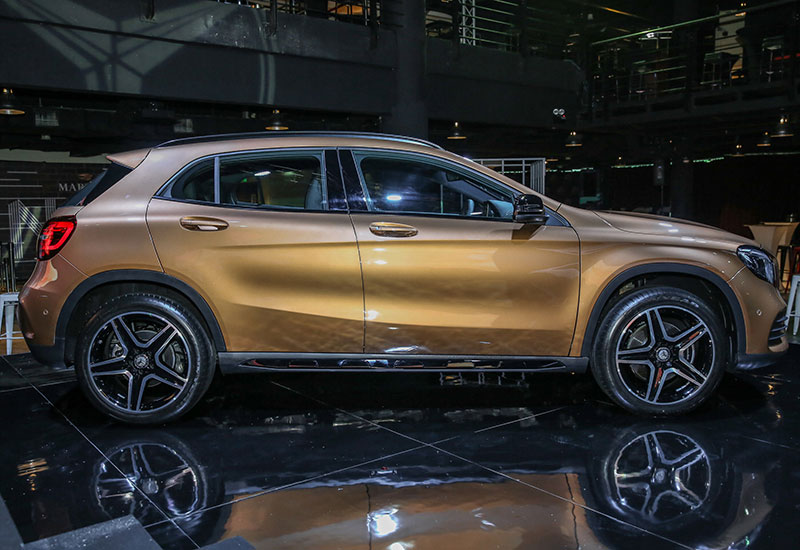 To be fair, Mercedes-Benz isn’t billing this as the most innovative thing out of Stuttgart; in fact, they’ve been leaning fairly hard on what is the most attractive thing about the GLA 250 4matic which is its design.

While the cosmetic differences with its baseline GLA 200 model are minimal at best, the AMG trim that comes with the GLA 250 4matic subtly does its job of making the crossover “sporty.” The new grille design is unique and the new LED headlamps also help with ticking the “something new” box that justifies the facelift. 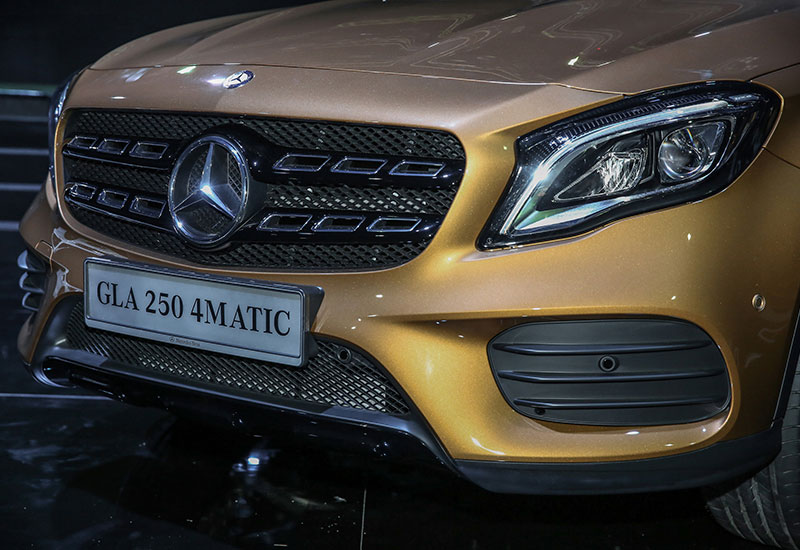 The Night Package also offers a few cosmetic touch ups in black around the grille, the side mirrors, the roof rails and the 19-inch AMG 5-spoke light-alloy wheels.

There aren’t too many new things in the rear, but overall, the GLA 250 4matic does a pretty fine job of being a pretty SUV version of the A Class. 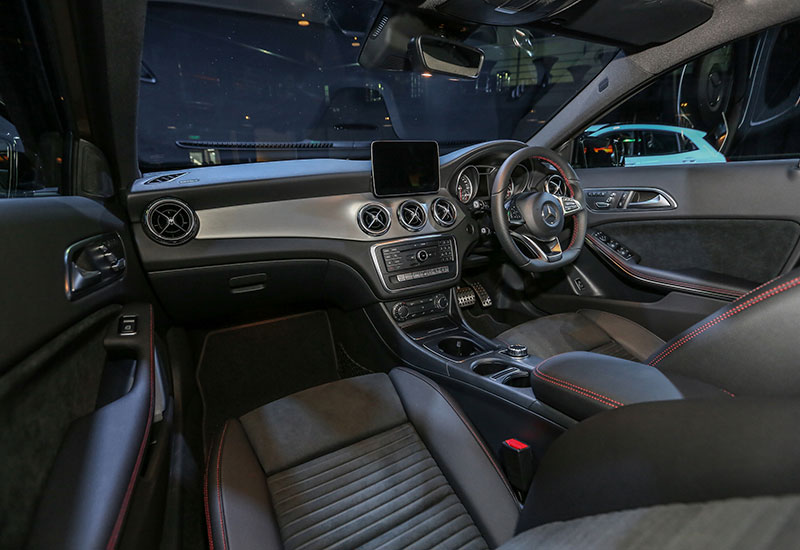 Now to where the GLA falls short the most – the interior.

At first glance, I was pretty convinced that interior hadn’t changed at all, and that this was the same as the last generation. However, after some further investigation I can conclude that it isn’t the same interior but is still pretty dated, nevertheless. 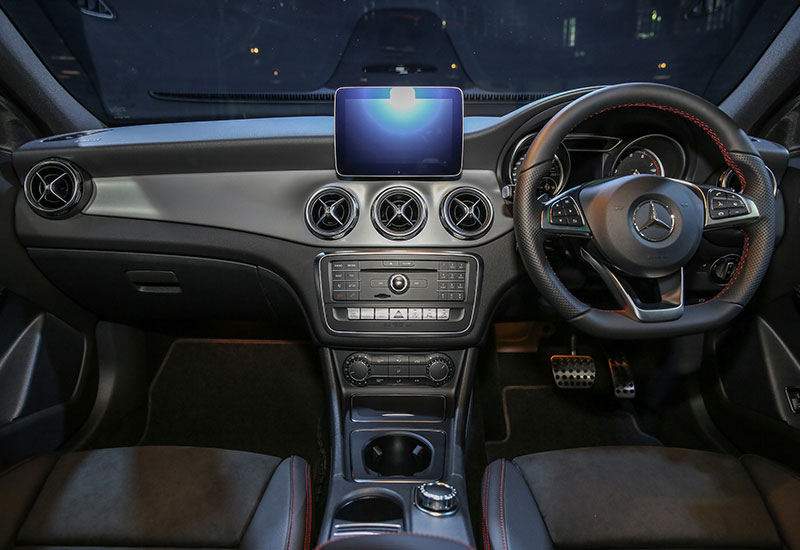 While the dashboard and centre console are technically upgrades from their predecessors, they can’t compete against the interiors in any other current Mercedes-Benz car. The 8-inch screen still looks like an after-thought, the media console feels like it would be more at home a decade ago and the little knob on the lower half of the centre console looks awkward and alone.

Again, this isn’t an ugly interior – it’s very clean, wonderfully uncomplicated and comes with Apple CarPlay and Android Auto – but the imbalanced transition from sexy exterior to average interior feels like a little bit of a let-down. 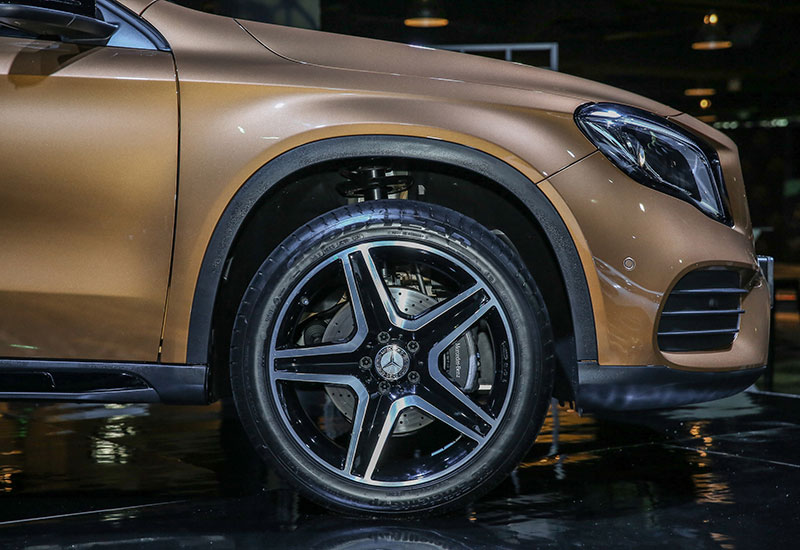 But let’s not put the horse out to pasture just yet, because the GLA still does a pretty good job where it needs to the most.

However it does get a change to its suspension. Gone is the low sitting sports suspension, to be replaced by an off-road comfort suspension, giving the car 30mm in height and supposedly improves its off-roading capabilities; I say “supposedly” because I’m going to take their word and not drive this beautiful beast into the mud. 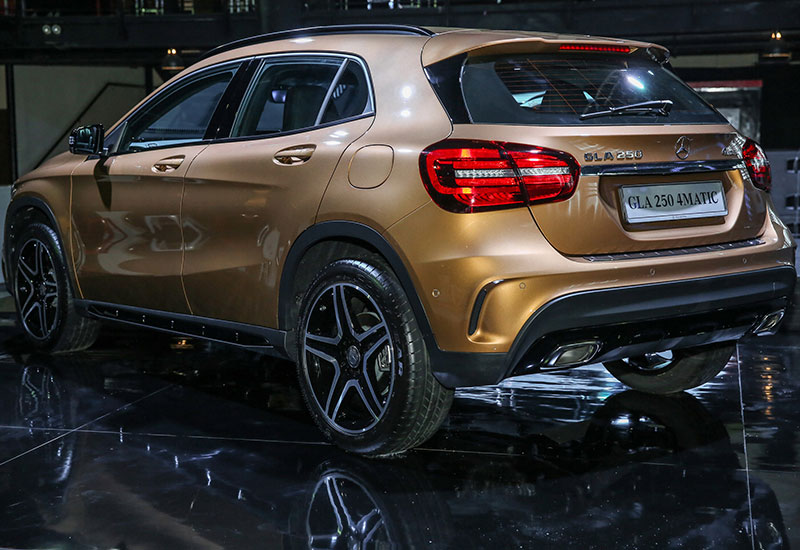 Where I did take this car however is all over KL and the heavy-set ‘urban hunter’ did a solid job. You won’t be flooring the pedal and be weaving in and out of traffic with immense precision, but if that is what you’re looking for then this isn’t the car for you.

Dynamic Select offers the familiar drive modes – Comfort, Sport, Eco and Individual, and while the GLA 250 can have its moments where it can show off its power, for the most part, this doesn’t feel like the car for that kind of driving. What it does offer is a fair balance between luxury, elevation, and reliable performance – a mixed bag, if you will, of all the good things. 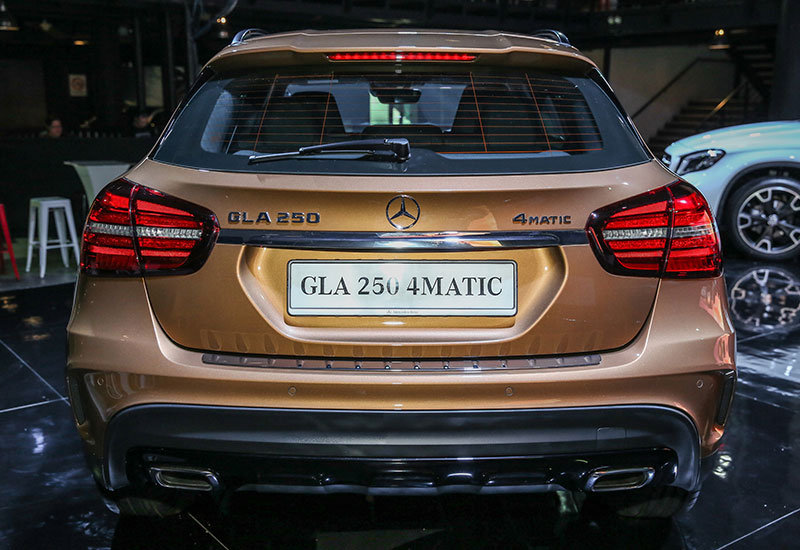 Mercedes-Benz set the bar high when they first introduced the GLA class; they tapped into a growing market and put their greatest minds to creating a beauty of a car that checked all the boxes. The high bar has stayed just as high for every other car in every other range within the marquee which is why the GLA 250 disappoints, if ever so slightly for not exceeding that bar.

But maybe that isn’t its fault. Maybe that’s just our (read: My) high expectations because when you really think about it – do you really want a reinvented wheel when the ones we have are already so damn good?