Within the line-up of all of Mercedes-Benz’s vehicles, the E-Class is perhaps the one car that doesn’t really get the blood rushing, but throwing a plug-in electric element may have added a new dimension.

The hybridisation of Mercedes-Benz’s fleet continued with the launch of the E 350e late last year, joining the ranks of other hybrid and plug-in hybrid cars already available in Malaysia. Launched in three variants one of which was a limited edition one, the newest locally assembled E-Class is a predictable yet welcome addition, albeit not an overly exciting one. 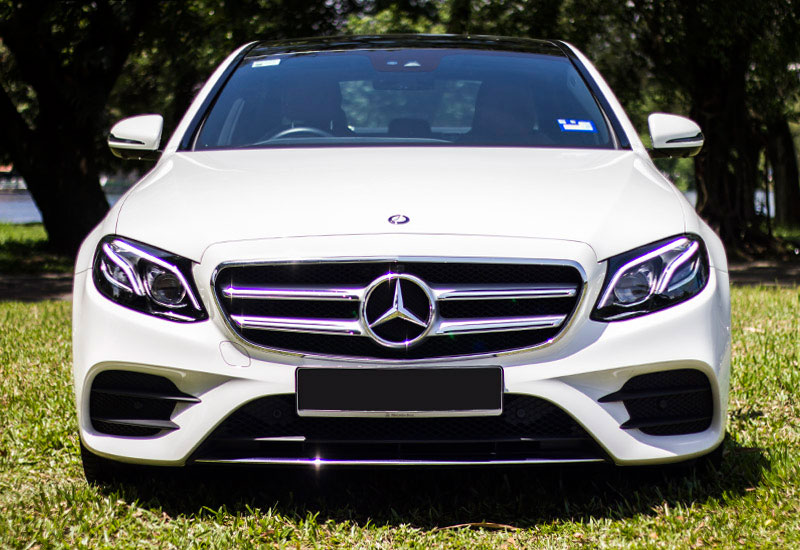 Within the line-up of all of Mercedes-Benz’s vehicles, the E-Class is perhaps the one car that doesn’t really get the blood rushing. Much more work has gone into the A-Class and C-Class to target a more robust driver, while the E-Class feels like it targets a less fussy one. Throwing a plug-in electric element has done little to change that, although it may have added a new dimension, if only slightly. 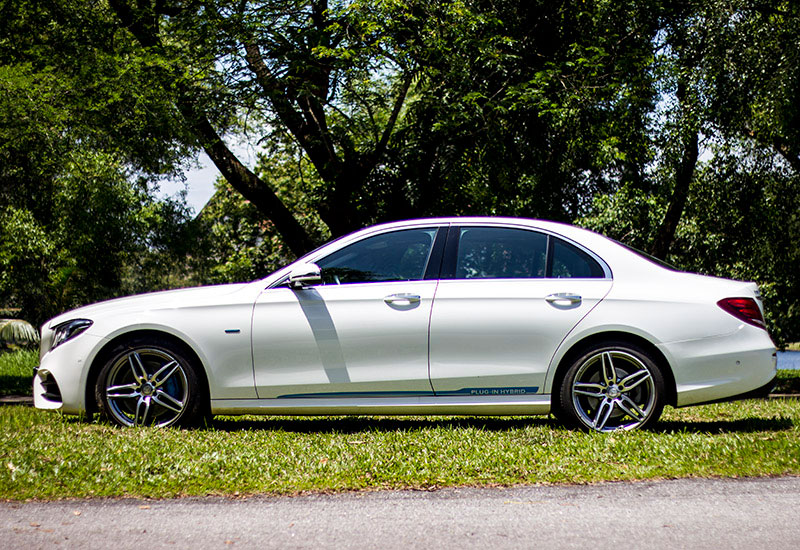 The exterior of the E 350e is pretty much the same as its other E-Class siblings, short of the Hybrid badges and covered electrical port in the rear that say loud and proud that you’re part of the new wave. 19-inch wheels are standard across all three variants, with minor differences with their rims, to add to the all-round aesthetic differences.

It’s still a very pretty car, but at this point within this generation’s lifespan, the minor things to highlight like the LED headlights and rear lights are pretty standard fare. 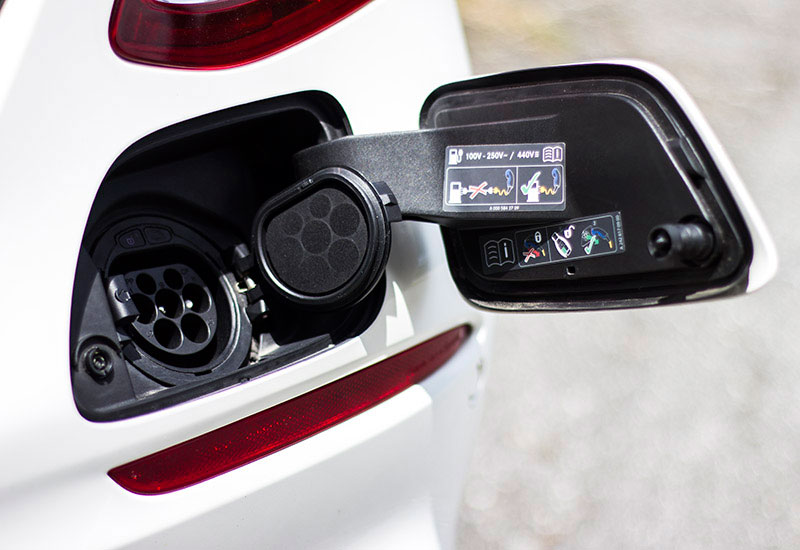 Under the hood, the 2.0 litre turbo engine produces around 208hp and 350nm of torque on its own, but gets a boost up to 281hp and 550nm courtesy of the electric motor, aided by their latest nine-speed 9G-Tronic automatic transmission.

All of that enables the E 350e to complete the century sprint in 6.2 seconds with a top speed of 130 km/h. Mercedes-Benz alleges a full-electric range of 33km, but take those numbers with a pinch of salt, because in real world conditions, you’re more likely to get just over 20km. The 6.2kWh lithium-ion battery that powers the electric motor sits in the rear and as a result eats into the boot space a little, reducing the available room.

Charging time for the battery is around four to five hours with a standard domestic socket but around half the time at a more powerful charging station. 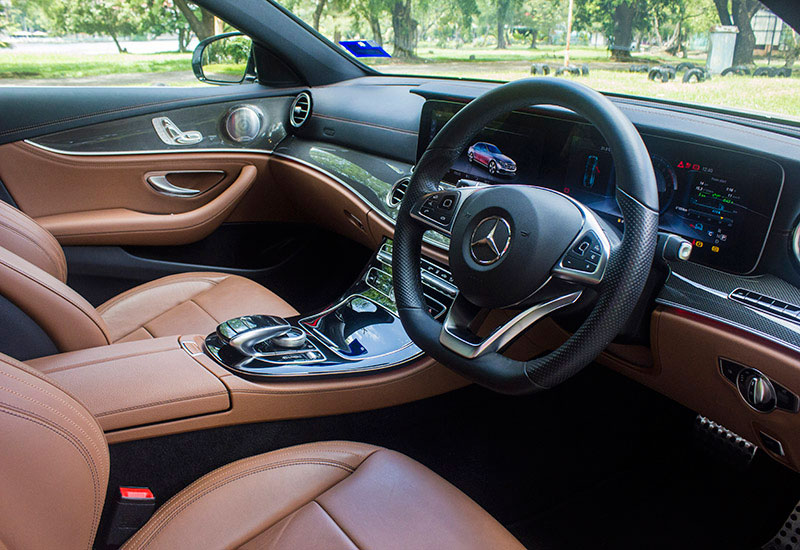 The interior is as classy as you would expect from this carmaker. Nappa leather upholsters most of the interior, and can be complemented by the 64-colour ambient lighting. The COMAND Online infotainment system works itself well into the two 12.3-inch Widescreen Cockpit displays, which for me personally is one of the nicer things in the car.

Amongst the little things that make a difference are the sunblinds for the rear windows and windscreen, showing that Mercedes-Benz cares as much about the passengers as they do the driver. Also in-built are Apple CarPlay and AndroidAuto connectivity which will allow you to push the 13-speaker Burmester sound system to its limits should you so choose. 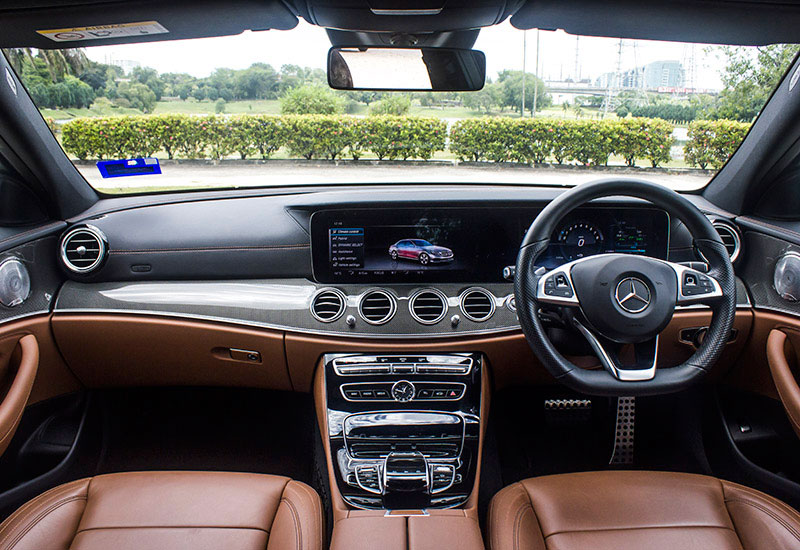 At first, the drive in the E 350e didn’t really impress me. Having experienced how other cars with electric motors behave, (all that torque!!) the E 350e felt uncharacteristically sluggish while the full electric mode, like in so many of these cars felt redundant.

However I learned to accept that it wasn’t made for my speed hungry style of driving, and didn’t suit my far-and-wide driving patterns. In truth, the E 350e doesn’t lack any speed or power, it just distributes it better, making for a gradual climb, rather than an abrupt acceleration that pushes you into the seat – personally, I like the latter, but blame that on my youthful fervour. 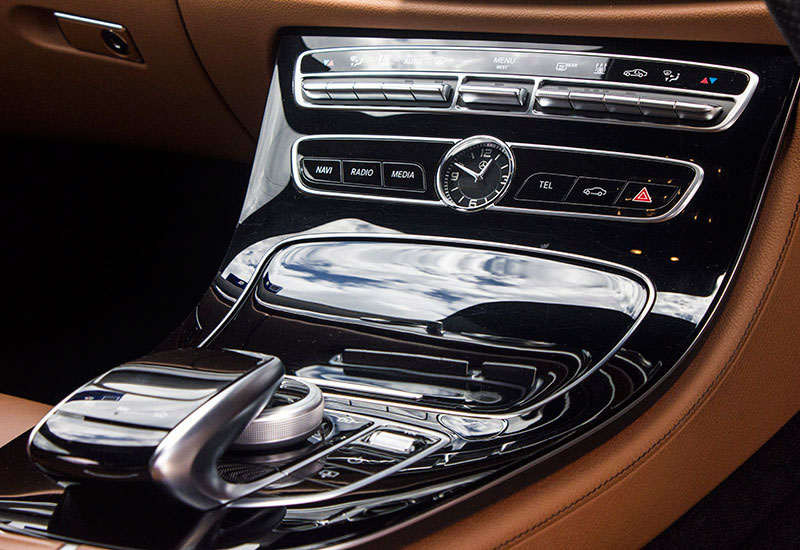 Switching to Sports Mode on the Dynamic Select drive modes remedied that somewhat, but three other modes are also available that let you decide how you want to use the electric motor.

In terms of handling, the E 350e handles as good as you’d expect it to, aided along by the Air Body Control suspension that help minimize the weight of the electrical related additions on the drive. 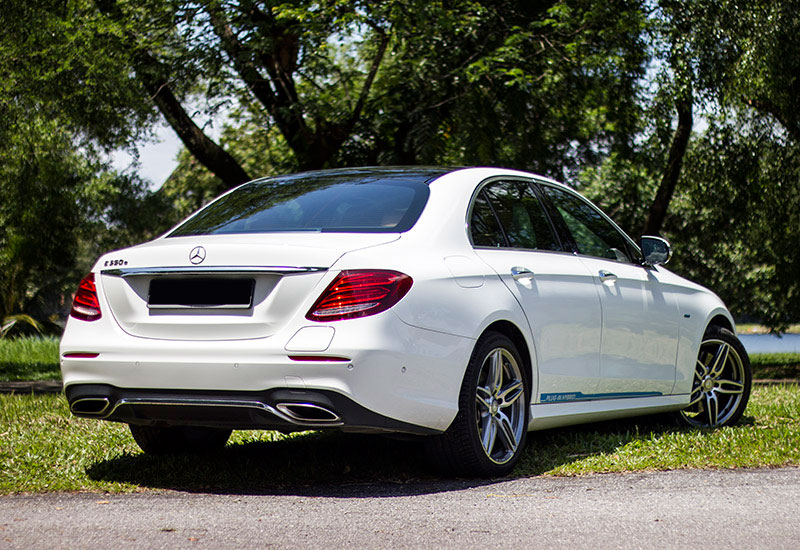 The Mercedes-Benz E 350e is a solid car to continue the carmakers EV ambitions. Personally, I’m still looking forward to that fully electric car, but don’t let the cynic in me get in the way of baby steps progress.

Prices for the E 350e start at RM392,888 for the Exclusive variant and RM395,888 for the AMG Line, on-the-road, without insurance. The Edition 60 was a limited edition, limited to 60 units at the time of launch, so it may be too late to get your hands on one directly, but you should definitely visit www.mercedes-benz.com.my to learn more. 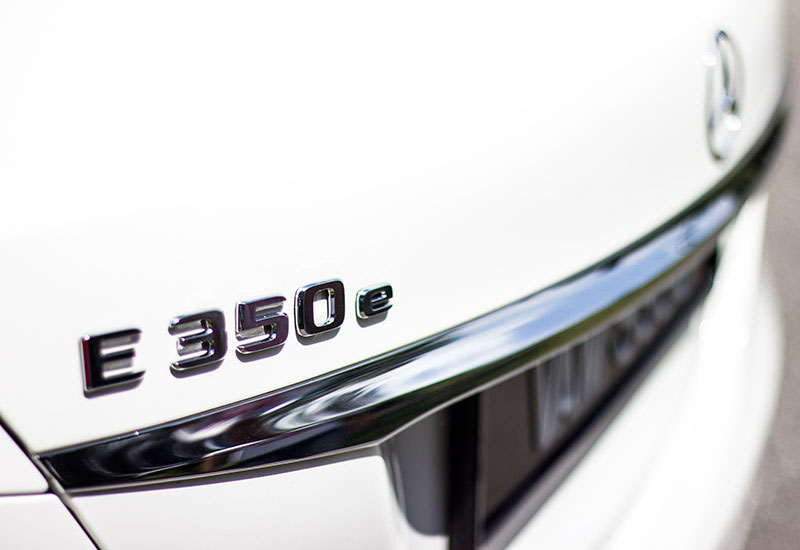