Meet Brian Kelly, the travel influencer who made a career out of flying premium class around the world using mostly frequent flyer miles and credit card points.

Who ever thought one can go from working in the HR department at Morgan Stanley to flying first-class on the top airlines in the world practically for free? This is precisely what 34-year-old Brian Kelly, more popularly known as The Points Guy, was thinking when he discovered he had earned first spot on Forbes’ list of Top Influencers for travel.

“I think I became an influencer by accident,” he says in an interview with Forbes. “I’m just a guy from HR who blogs; but truly, a lot of times in the corporate suite, they don’t understand how the real world works.”

“Influencers are on the front line – we’re talking to people who tell us directly how they use their credit card, what they love about their points…so I’m proud to be an influencer.”

Despite his fame in the travel industry, he admits he still pays for his own flights – with his frequent flyer miles and credit card points, mostly.

Take for example, his recent Singapore Airlines first-class flight from Hong Kong to San Francisco cost him only 92,000 Singapore Krisflyer miles and $78; and an American Airlines Flagship First ticket from New York to London cost him 62,500 Alaska miles and $18.10.

But he’s been doing this for years before he became a travel influencer, so how did it all start?

The journey to travelling first-class

Happy Father’s Day to the original Points Guy! He let me use his points to book a family vacation (when I was just 13 years old) to the Cayman Islands and from that point on, planning yearly trips became a bonding activity. Love you dad!

Though his former job as a tech recruiter provided countless opportunities for him to collect air miles and use them to redeem free flight tickets, his interest in “travelling smart” had developed from a much younger age.

Since the age of 13, he had been helping his father (whom he calls the original Points Guy) with flight bookings via Travelocity, collecting the air-miles from each reservation. That same year, he used the points to book a family vacation to the Cayman Islands and from then on, it became a yearly family-bonding activity.

By the time he pursued a degree at the University of Pittsburgh, he had already achieved gold status on US Airways.

“I was a college student with no income, but all of sudden I’m getting first-class upgrades left and right,” he said.

However, he hadn’t figured out how to turn his passion into a career until he landed his second job in Morgan Stanley’s tech recruitment team in 2007. While travelling across the United States to convince campus students to join the financial services firm, he accumulated as many frequent flyer miles and credit card points as possible, and the cycle continued.

In 2010, he started an online site to sell his travel advice, earning $50 from every trip he booked for other travellers. Realising he needed to be consistent to gain more following, he started posting his travel experiences daily and the site traffic continued to grow steadily.

Within the next year, a feature of him in The New York Times propelled his expert status, leading him to quit his job at Morgan Stanley and pursue his passion full-time.

The secret to maximising your trips

7 years ago today I hit publish on my first blog post- a little nervous, but mostly excited to start a fun side project. Since then, 75 million unique visitors have come to the site spending a collective 363 million minutes reading our 12,567 posts! Couldn’t do it without my amazing team and lots of love and support from family and friends. But most importantly- our readers! So I’m giving away 7 awesome prizes today at 530pm ET on Facebook Live (including two roundtrip first class tickets to Hawaii!) ❤️❤️✈️✈️

Today, The Points Guy has 20 full-time employees and 50 contributors and consultants giving hands-on travel tips and advice on how to maximise any trip – including loyalty programs, travel deals, hotel packages and credit card plans.

“We now work with credit companies and drive home the value propositions that our readers want,” he explains on how the site gains income.

By signing up for a credit card via The Points Guy website, readers earn free points while the company earns commission, which is then used to pay for all employee travels. It’s a win-win situation for all parties, and Kelly believes the cycle starts with educating yourself.

“No one wants to change a credit card, but you do it in the context of, ‘This is taking me 1%, 2%, or 3% closer to that trip to Hawaii’ or ‘Shopping for the holidays on this credit card will get me 10% there’,” he divulges. 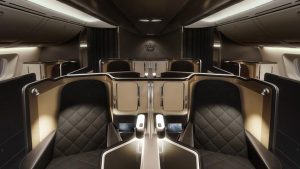 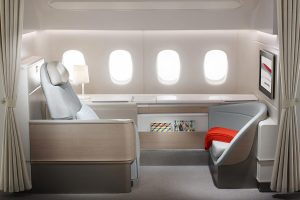 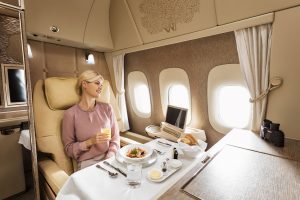 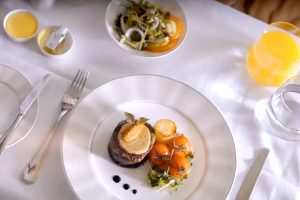 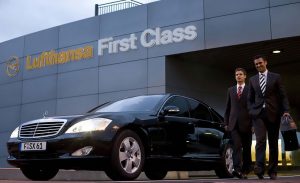