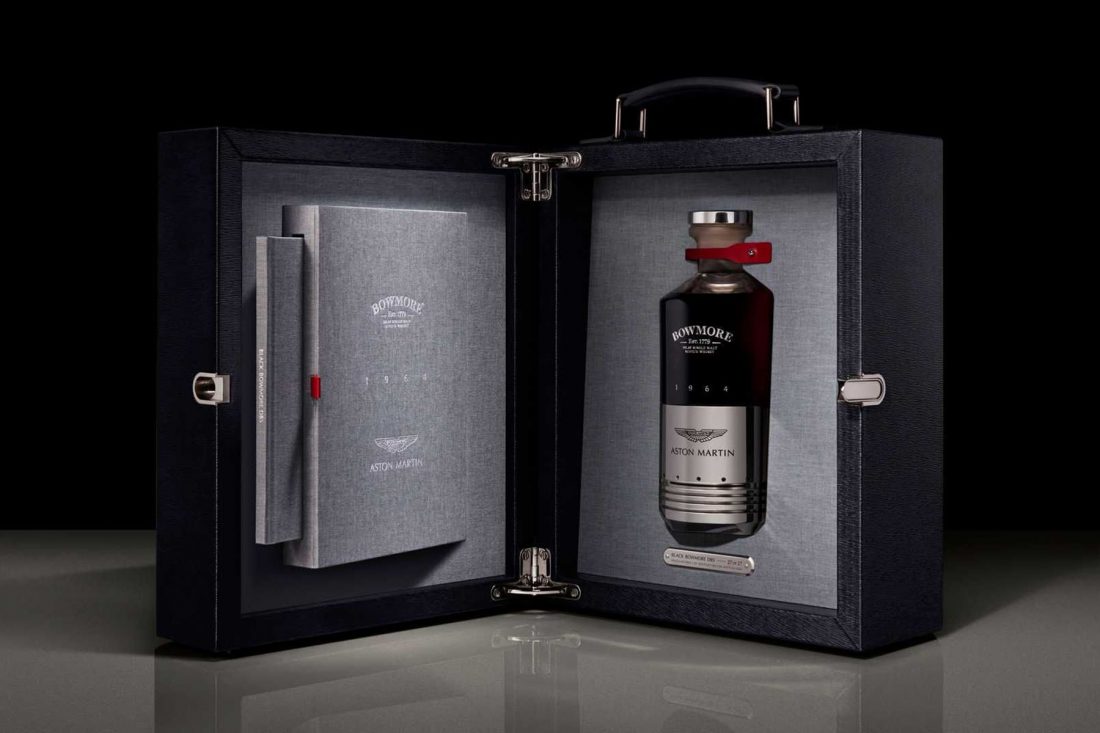 The bottle features an actual DB5 piston in its design – each taking one week to be handcrafted by Glasstorm, a contemporary glass studio in Scotland. 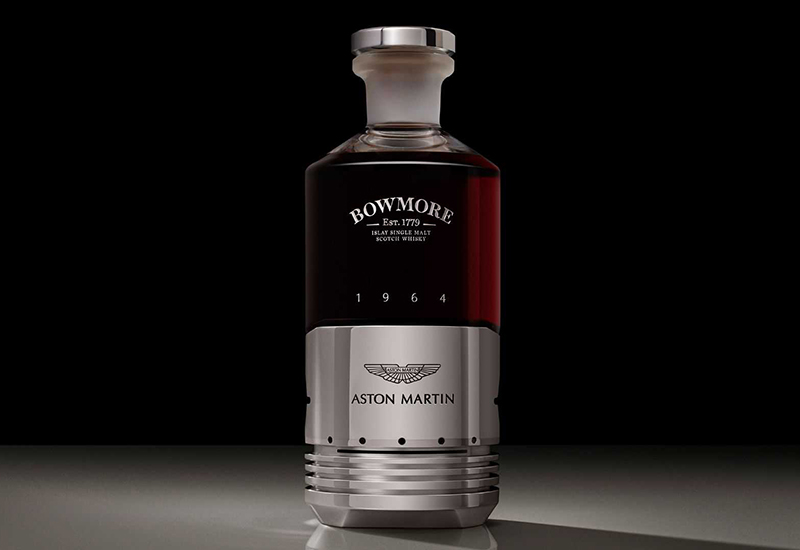 How much would you be willing to part with for a prized bottle of whisky? The equivalent of an Hermès Birkin? A new Patek Phillipe timepiece? What about the all-new BMW X1, which would only cost you about RM210,000, give or take a few thousand?

If that last sum sounds too steep for you, we won’t argue – the current record for the most expensive whisky sold in Malaysia is only RM116,000, after all. And yet, this new Aston Martin X Bowmore whisky has just launched with an asking price of $65,000 or approximately RM273,000!

Dubbed the Black Bowmore DB5 1964, it’s the first release from a collaboration between the British marque and the Islay single-malt distillery announced last year. 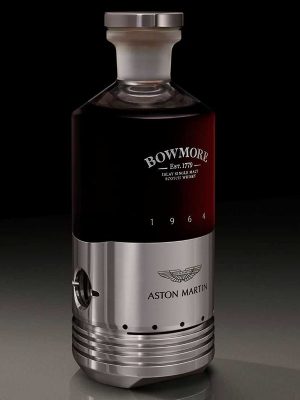 Aged for 31 years in a walnut brown oloroso Sherry butt, the whisky pays homage to an important date in history for both marques. Besides signalling the year the whisky was distilled, the ‘1964’ in its name harks the first run using Bowmore’s then-new steam-heated stills, which resulted in the Black Bowmore single malt. To date, only about 6,000 Black Bowmore bottles have been made available since 1933, with this latest release representing the sixth bottling.

“These defining moments are fundamental to the history of Bowmore,” said David Turner, distillery manager at Bowmore. “This collaboration with Aston Martin has allowed us to once again showcase this iconic single malt in the most incredible way.”

For Aston Martin, the year marks the first time the DB5 model made its debut on the silver screen as James Bond’s vehicle of choice in ‘Goldfinger’, following its release the year before. To highlight the fact, the bottle features an actual DB5 piston in its design – each taking one week to be handcrafted by Glasstorm, a contemporary glass studio in Scotland.

You may also like: The 8 most expensive and iconic cars in film history

Marek Reichman, Executive Vice President and Chief Creative Officer of Aston Martin Lagonda, added: “This exciting new association with Bowmore gives us the perfect opportunity to celebrate a vital part of our star-studded history by combining the unrivalled appeal of the iconic DB5 with the cultured flavours of this world-renowned single malt.”

Only 25 bottles of this limited-edition whisky will be available for sale, each arriving in a handmade presentation box in deep blue with a wave embossing inspired by the distilery’s coastal home. Crafted from the finest string-grain calfskin, the box also honours the DB5 with a custom solid brass latch and hinges plated with nickel. 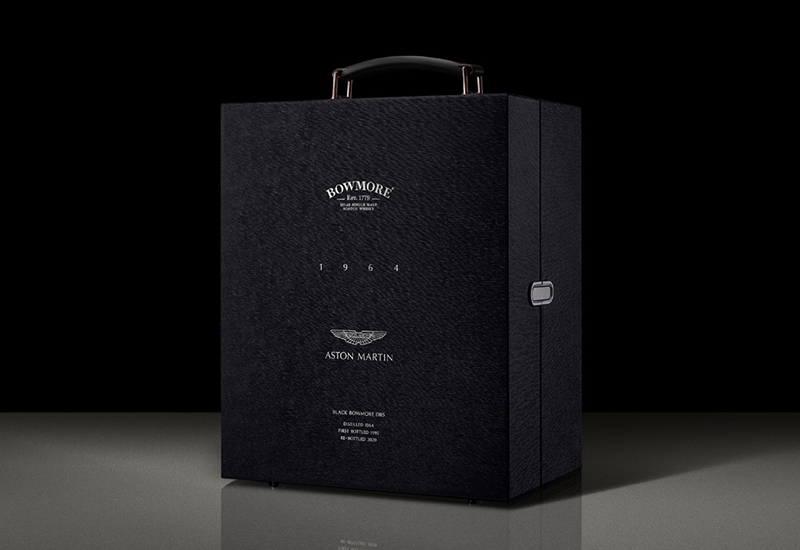 The Black Bowmore DB5 1964 will be available from late Autumn 2020. For more information, log on to the official Aston Martin website here. 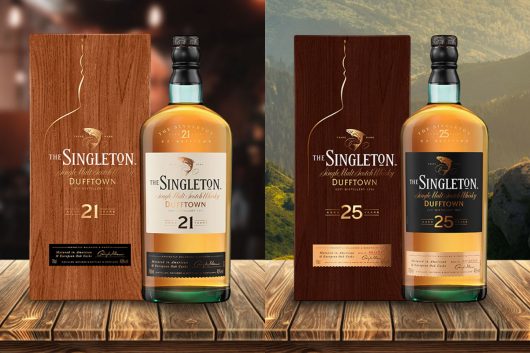 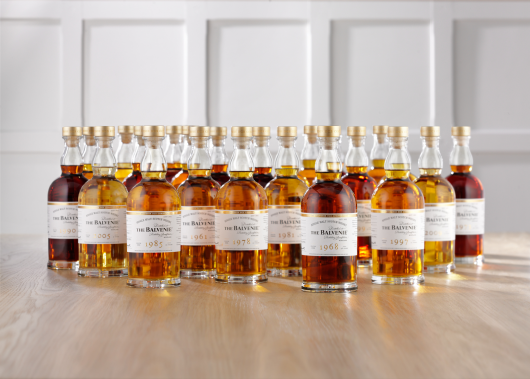 We sampled four of the The Balvenie’s Single Malt Scotch Whiskies, and had the chance to pair them with four types of cheese from a local cheesemaker – Milky Whey…
View Post 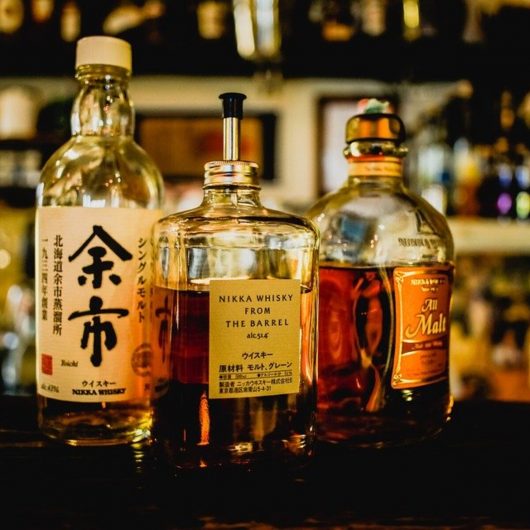 If you need to the right terms to use at that next dinner party or whisky tasting, then this list is the one for you. With the holidays coming around,…
View Post 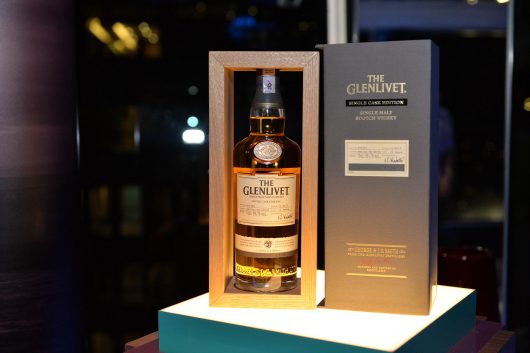 Only 174 bottles were drawn from that single cask – branding it a true collector’s item for whisky enthusiasts. When it comes to single malt whiskies, there’s quite an extensive…
View Post 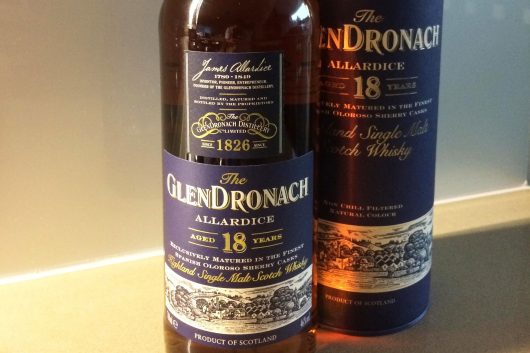 Named after the  founder of GlenDronach, James Allardice, this bottle is an exceptional sherried single malt of a natural tawny colour courtesy of the finest Spanish Oloroso sherry casks.  I first came…
View Post