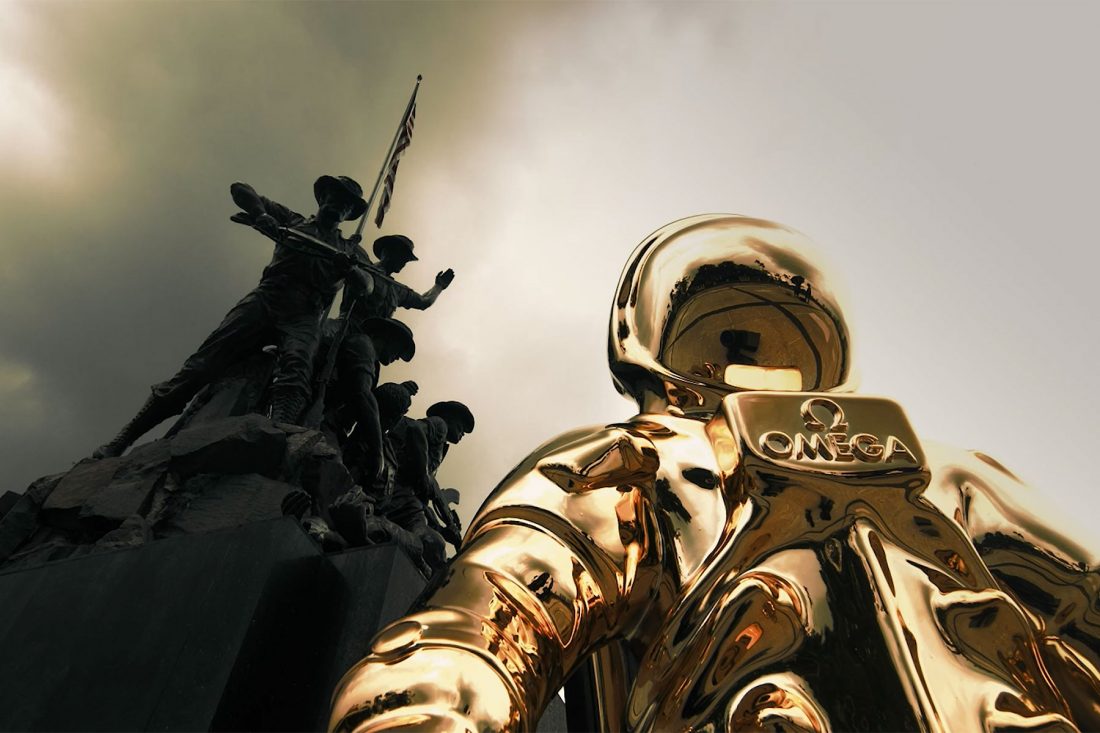 “One small step for man, one giant leap for mankind” is a phrase famously tied with one of the most historical moments in space travel: man’s first step on the moon.

Paying tribute to that fateful first lunar landing on 21st July, 1969, OMEGA will be hosting its 50th Anniversary Moonlanding Exhibition at Pavilion Kuala Lumpur this August.

What’s the connection between the Swiss luxury watchmaker and the momentous feat, you ask? As it turns out, the OMEGA Speedmaster Professional was the only watch to withstand punishing tests to earn an honourable spot on Neil Armstrong and Buzz Aldrin’s wrists – becoming the first watch to be worn on the moon.

In light of its role in the Apollo 11 mission, the brand is making its own giant leap with abovementioned out-of-this-world event highlighting its unique space heritage in watchmaking and new timepieces honouring that legacy.

Expect life-sized golden astronauts, planetary orbit and lunar displays as well as space-related exhibits throughout the week-long exhibition. Visitors will get to witness NASA communications, rocket propulsion blasts and the space hum through a series of texts and visuals on enthralling gold mirror walls.

Another highlight to anticipate is an Instagram-worthy cube structure with starry interiors made up of LED lights. Think mirrors on all sides, including the top and bottom of the cube, reflecting lights that stretch on to infinity and beyond – much like the interstellar elements in space.

The iconic “First Watch on the Moon” will be on display alongside the Speedmaster Moonwatch Apollo 11 50th Anniversary Limited Edition. Only 6969 pieces (referencing the year) of the latter are available worldwide, making it a highly covetable timepiece for avid collectors. Other models such as the Speedmaster Co-Axial Master Chronometer Moonphase and Speedmaster Moonwatch Professional Chronograph will also be featured.