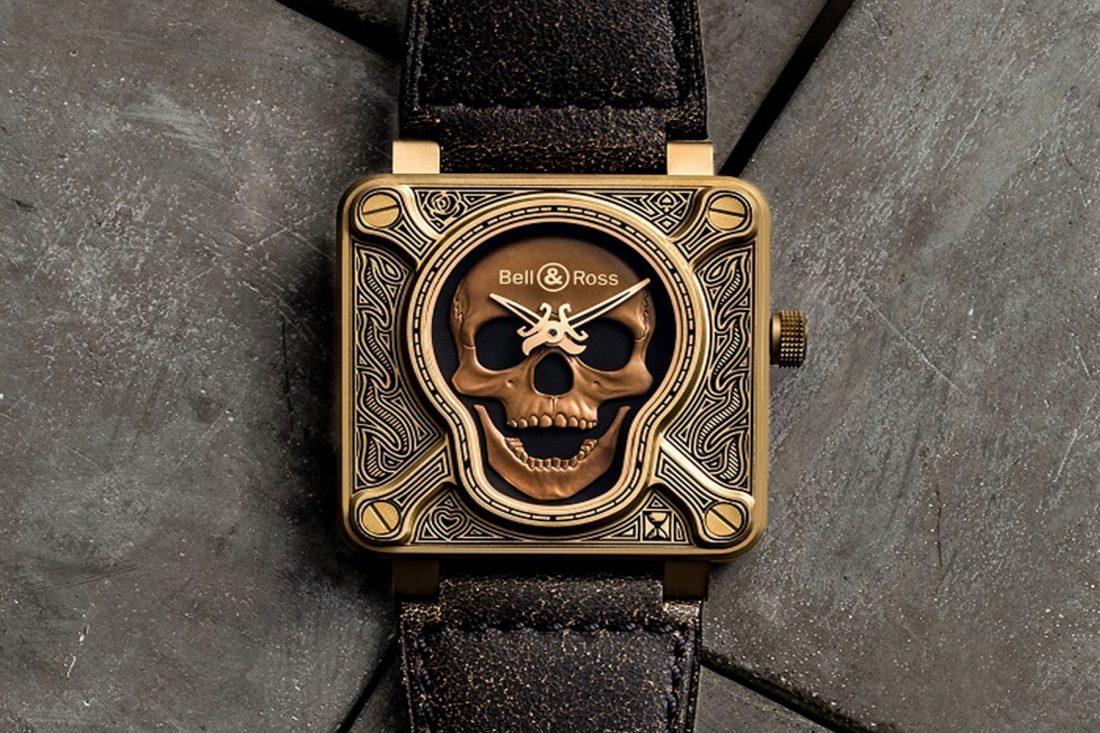 The latest member of the BR01 Skull family speaks for timeless fortitude with a touch of steampunk elegance, highlighting artistic value and detailing. 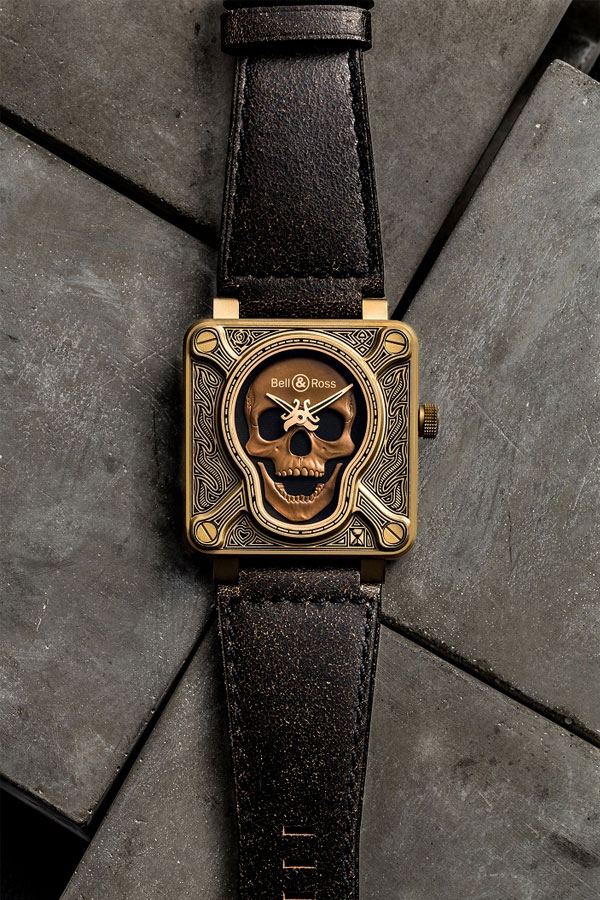 During World War 2, fighters of the American airborne divisions bore the insignia of a skull with the words ‘Death from Above’ on their jumpsuits. Beyond a symbol of their unwavering courage, this pirate flag-inspired skull served to intimidate adversaries and keep bad fortune at bay. Over time, it became Jolly Roger – a popular rebel talisman on military uniform, equipment and airplanes.

One glance is all it takes to draw you into the skull and crossbones set within the iconic Bell & Ross square face.

Resistance is naturally of utmost priority, reflected in the engraved bronze case with microblasted finish. The durable copper-aluminium-tin alloy sports a distinct colour and patina that gives it an aged appearance, constrasting its caliber BR-CAL.302 mechanical automatic movement.

Tattoo-inspired engraving shows an attention to gorgeous detail, with motifs of destiny and mortality (think rose and scythes) inscribed on the back of the case. The skull itself is created via metal stamping, traditionally used to produce coins. Its dual-level design reinforces the stark visual effect accentuated by a sheen of black SuperLuminova.

BR01 Burning Skull Bronze’s rugged look is completed with aged brown calfskin strap and anti-reflective sapphire crystal. It has a water-resistance of 100 meters.

The watch was unveiled at the Search of Extreme press event at W Hotel, Hong Kong, as part of Bell & Ross’ Watch Beyond campaign. Guests got to admire the entire BR01 Skull collection at various stages, each paying tribute to pushing the limits under extreme conditions.

See the official site for more.