Head to Swiss Watch Gallery outlets for an exclusive chance to own one of these limited edition timepieces, of which there are only 2,000 worldwide.

Oris’ relationship with the ocean was established since its first diver’s watch in the 60s, and as the Swiss company has grown, so has its sense of responsibility for the future of the deep blue sea.

Introduced earlier this year, the Oris Hammerhead Limited Edition timepiece has a 50bar water resistance and diver’s uni-directional rotating bezel. Markings on the grey dial, hour and minute hands, and blue central seconds are illuminated by Super-LumiNova for that underwater glow, and every watch comes in a special presentation box with an insignia of a hammerhead shark.

In fact, a peek at the back of the watch also reveals a carved marine predator. Why hammerhead sharks, you may be wondering…

“This watch is both a stark reminder of the threat facing the world’s shark population, and clear evidence of Oris’ commitment to fighting the extinction of endangered species.” – Ulrich W. Herzog, Oris Chairman 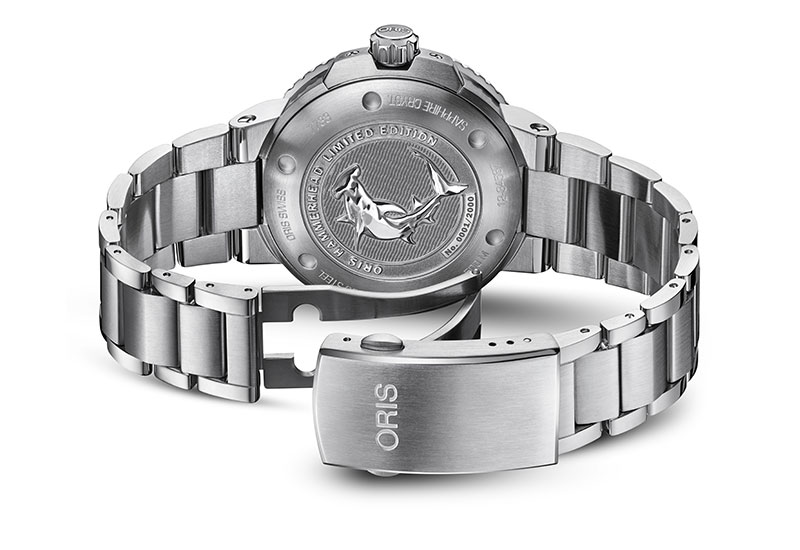 Sharks face extinction in the next four decades. Even more disheartening is that the global count of the scalloped hammerheads species alone has plummeted 90% over the last 30 years.

This particular Oris is based on the second generation Aquis collection, which effortlessly combines high performance with timelessly stylish designs. 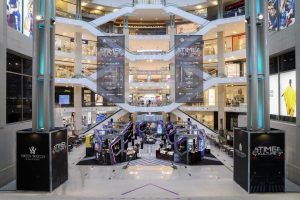 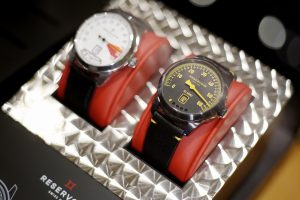 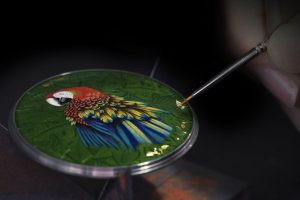 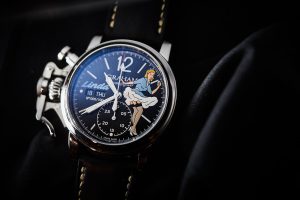