The latest creation from the Roger Dubuis x Lamborghini Squadra Corse partnership is here, and it’s setting our hearts racing.

Bringing together radical performance and razor sharp aesthetics, the piece was unveiled in conjunction with the Lamborghini Super Trofeo championship. 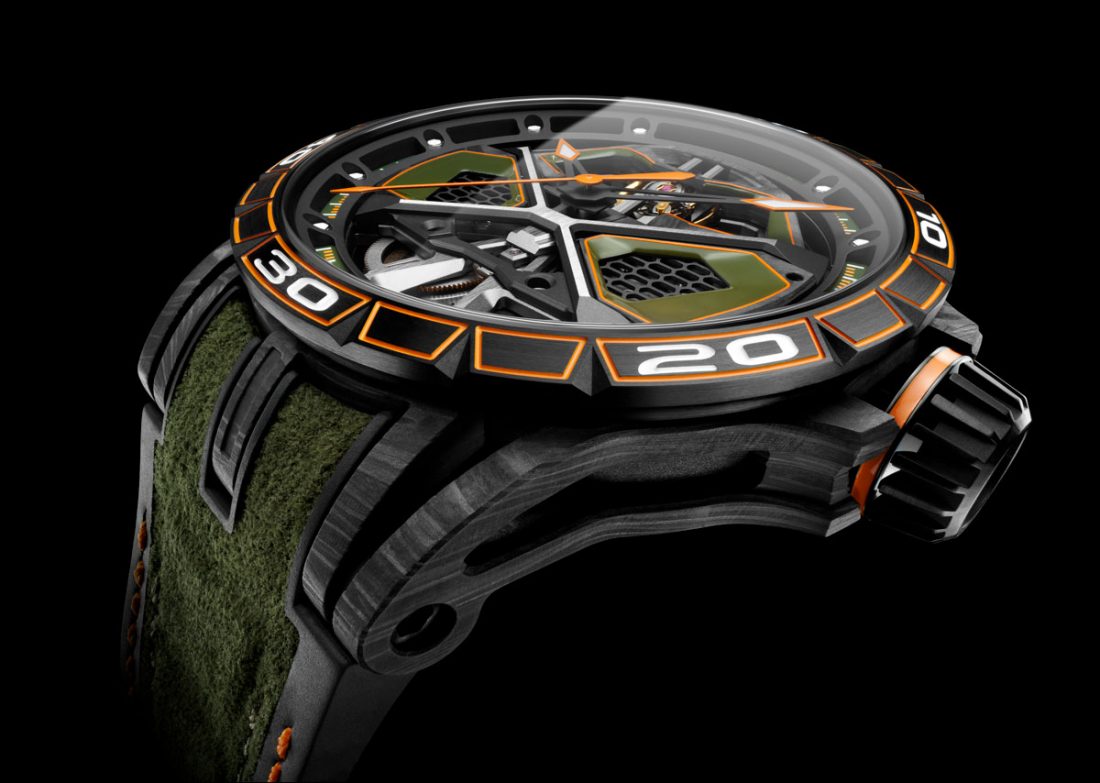 Built for the bold

The 45-mm diameter Excalibur Spider Huracán MB is powered by an automatic monobalancier RD630 calibre, which was developed specifically for this partnership and inspired by the automotive world.

A honeycomb motif features in its design, the same one made famous by the Lamborghini Huracán’s hexagonal dashboard, while the twin barrels and 12° tilted balance wheel reflect the signature calibre associated with Lamborghini Squadra Corse.

When viewed from the back, the semi-skeletonised movement displays the 360° oscillating mass, reproducing the effect of a Huracán wheel rim as well as its design. Boasting a 60-hour power reserve, the Excalibur Spider Huracán MB was made for those living life on the fast lane. 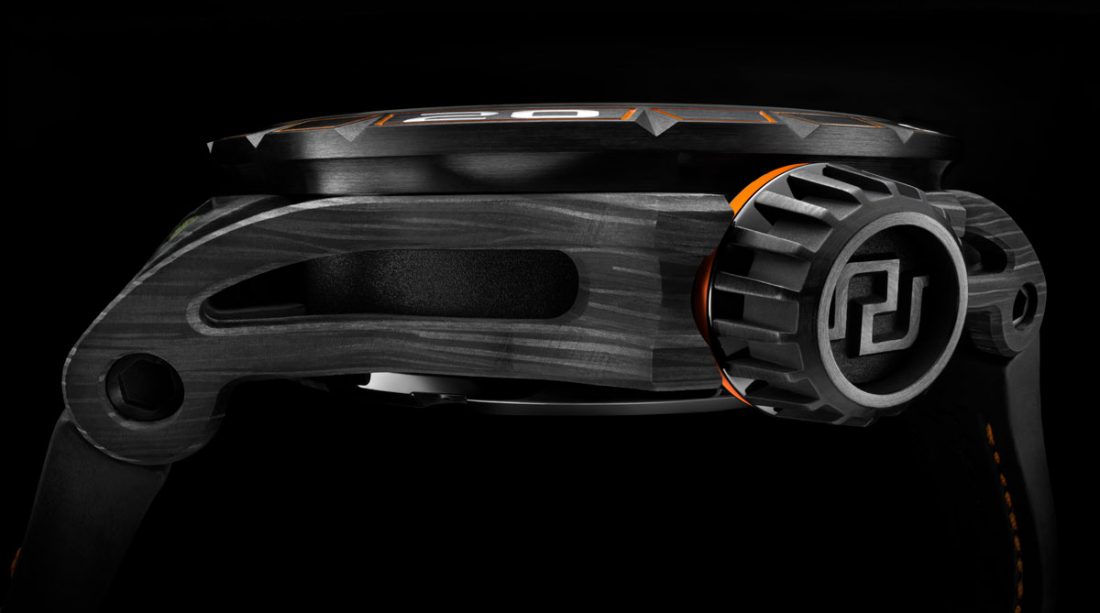 A tribute to automotive excellence

Drawing inspiration from the aerodynamics of supercars, the model’s case is made of SMC carbon, similar to the material found on the Lamborghini Huracán’s monocoque chassis and body panels. The crown’s design is styled after the Huracán’s racing nuts, while the upper calibre strut-bar bridge recalls those featured on the racing car’s V10 engine.

Sleek, bold khaki green and orange colours cover the timepiece, while the strap is a combination of rubber and Alcantara® for optimum comfort. Another reference to the watch’s race car connection is the inner lining, which features the same Pirelli P ZeroTM Trofeo R pattern seen on the Lamborghini Huracán’s tyres. 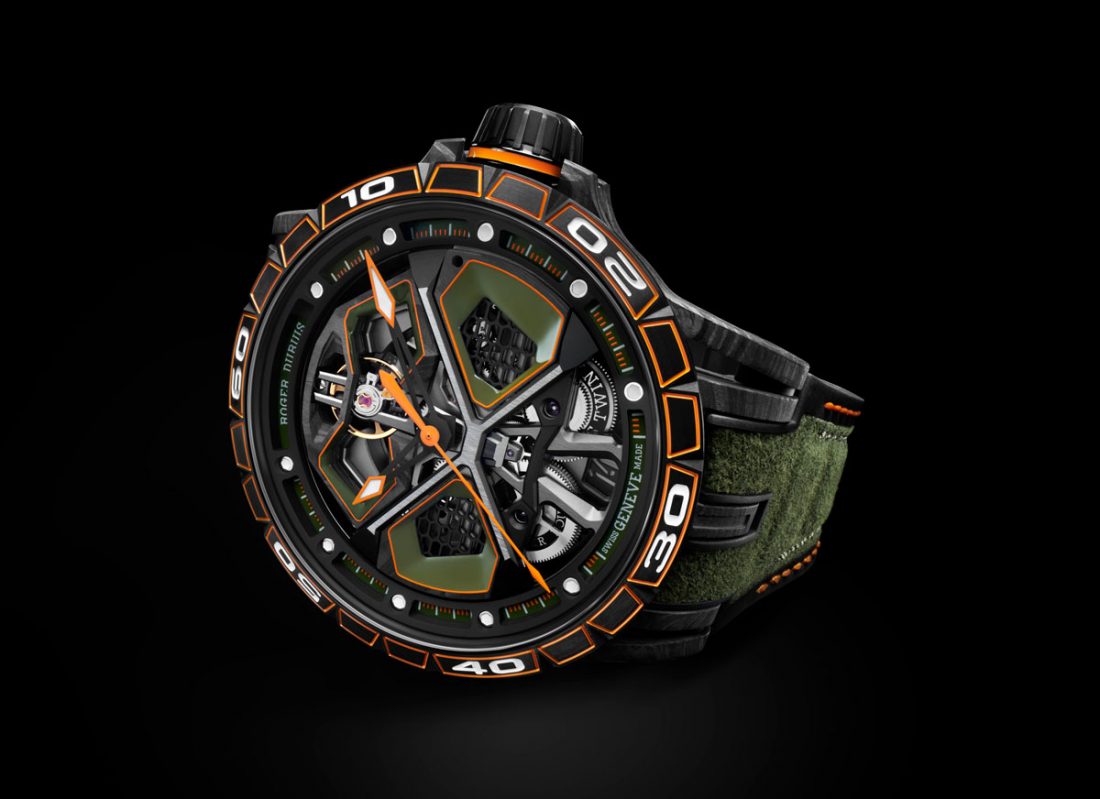 The Excalibur Spider Huracán MB is limited to only 88 pieces. 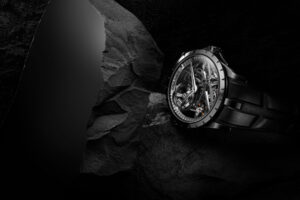 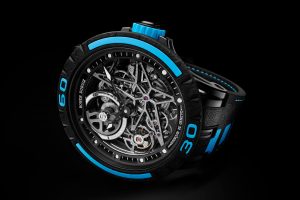 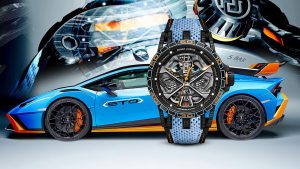 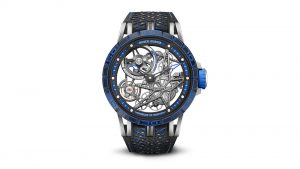