Le Méridien Resort is making its debut in the Maldives’ with a new 141-villa property located on the island of Thilamaafushi, the southern pocket of Lhaviyani Atoll.

Together with Singaporean developer Chiu Teng Enterprise, Marriott Bonvoy stated in their announcement that they will infuse the essence of the Maldivian people, nature and art into their resort while maintaining its distinctive luxurious European style.

“With a nostalgic nod to the glamour of the French Riviera in the 1960s, Le Méridien inspires travellers to explore the world in style, savour the good life and enjoy experiences that offer something more than meets the eye,” said Jason Nuell, senior vice president of premium brands at Marriott International.

Built on an island described as an eco-conscious haven, encircled by a vast lagoon and coral reefs with Manta Rays and turtles, the resort takes full advantage of the area’s natural surroundings which teem with local flora and fauna.

Guests can immerse themselves in the diverse ecology of the island by participating in a range of conservation programmes such as mangrove protection, turtle identification and snorkels with a marine biologist. The resort’s house reef offers four dive sites and a thila (sea mountain), where guests can encounter stingrays, hawksbills turtles and other reef dwellers. More adventurous travellers can also join marine expeditions to some of the 50 dive and thila sites the Atoll is known for. In addition, the resort boasts its own private island, Bodu Finolhu, where guests can enjoy tropical greenery and a 360-degree beach.

After discovering new marine wildlife, guests can return to their villa, either over the Indian Ocean or among the tropical landscape, where they can take in scenic vistas of the island’s beaches and lagoons from the comfort of their rooms.

The resort’s interior and exterior design takes its cue from its surroundings, inspired by the Atoll’s bordering reefs, coral gardens, marine life and underwater pinnacles. At the same time, Le Méridien’s characteristic mid-century modern and Bauhaus style is maintained, resulting in a resort that evokes the glamorous golden age of travel while in tune with its natural environment.

Amenities for the global traveller

Le Méridien’s guests in the Maldives will not have to worry about running out of dining options, with the resort’s six restaurants and bars. Its Japanese restaurant Tabemasu offers a teppanyaki counter and a private open-air pavilion for Omakase tastings. Au Soleil, the brand’s signature culinary event is hosted weekly at sunset, and will feature European-inspired petit plates, rosé cocktails and handcrafted ice cream, accompanied by live music.

Coffee connoisseurs can treat themselves to custom-brewed, barista-crafted coffee beverages at the Le Méridien Hub, a part of the brand’s collaboration with Illy Coffee. Meanwhile, Waves Lifestyle Hub, a boutique lifestyle space offers a fitness studio, yoga pavilion, and an interactive creative arts studio with a focus on local contemporary art.

For more information or to make a reservation, visit lemeridien-maldives.com 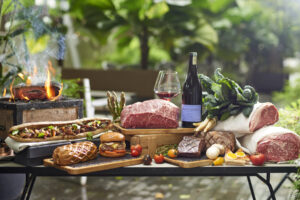 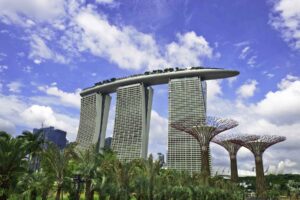 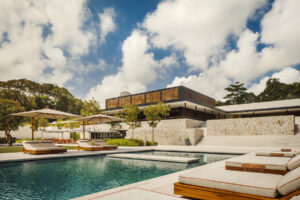 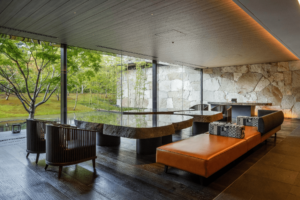 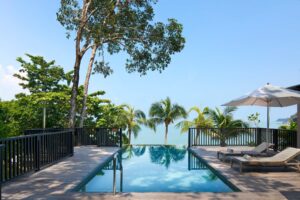