We can joke all we want about flying cars, but the concept is getting closer to reality.

The patent protected concept completed its 142nd successful landing in Bratislava at 6.05am. After landing, at a click of a button the aircraft transformed into a sports car in under three minutes and was driven by its inventor, Professor Stefan Klein and co-founder, Anton Zajac to downtown Bratislava, cutting the typical travel time by a factor of two. 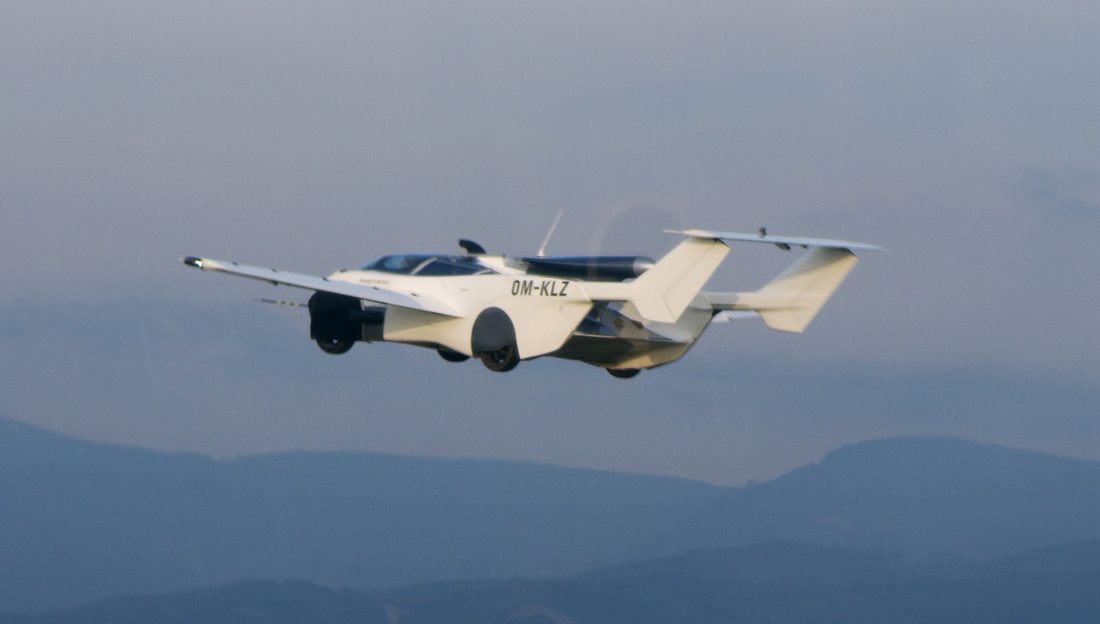 “Professor Stefan Klein is the world leader in the development of user-friendly Flying Cars.” said Dr. Branko Sarh, Boeing Co. Senior Technical Fellow. “The automated transition from road vehicle into an air vehicle and vice versa, deploying/retracting wings and tail is not only the result of pioneering enthusiasm, innovative spirit and courage; it is an outcome of excellent engineering and professional knowledge,” he added.

AirCar is composed of several functional units. Its aerodynamic fuselage provides enough space for the passengers and, at the same time, contributes to better lift characteristics during the flight.  Among advanced technologies are the retractable wings, folding tail surfaces, parachute deployment system and more. The folding tail surfaces contribute to a better longitudinal stability and take-off characteristics, just like in a conventional aircraft. However, in the car mode, retracted tail results in a more compact size. 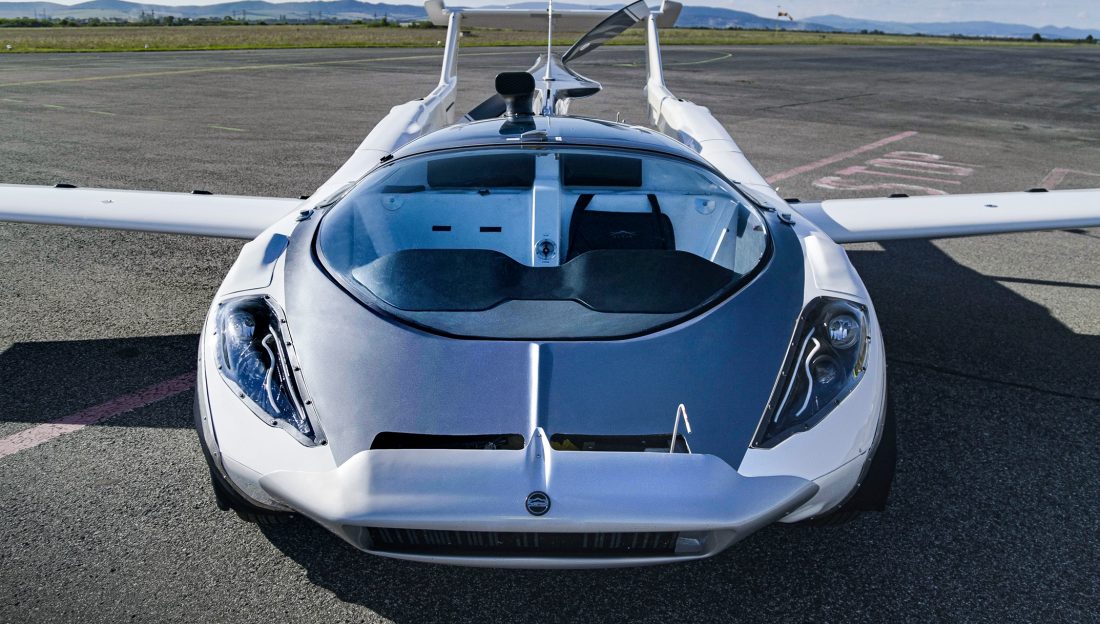 The AirCar Prototype 1 is equipped with a 160HP BMW engine with fixed-propeller and a ballistic parachute. Under the supervision of the Civil Aviation Authority, the AirCar has completed over 40 hours of test flights, including steep 45 degree turns and stability and maneuverability testing. AirCar Prototype 1 has flown at 8200 ft and reached a maximum cruising speed of 190km/h (103kt).

AirCar Prototype 2, the pre-production model, will be equipped with a 300HP engine and receive the EASA CS-23 aircraft certification with an M1 road permit. With its variable pitch propeller, the Prototype 2 is expected to have a cruise speed of 300km/h (162kt) and range of 1000km (621mi). 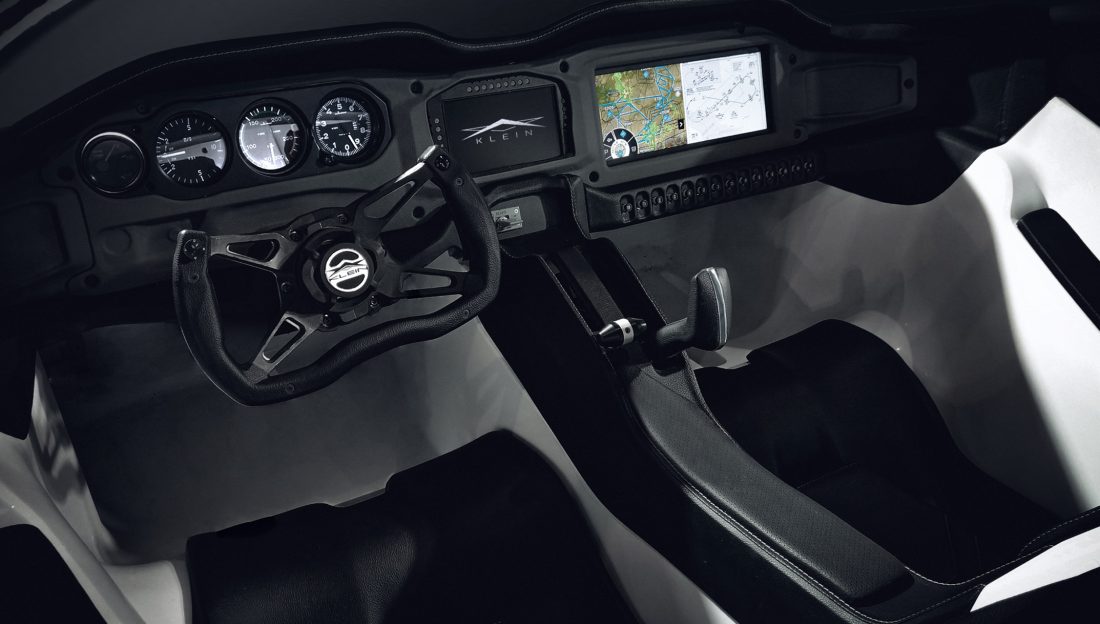 “This flight starts a new era of dual transportation vehicles. It opens a new category of transportation and returns the freedom originally attributed to cars back to the individual.” said Professor Klein after exiting the AirCar cockpit in Bratislava. “AirCar is no longer just a proof of concept; flying at 8,200ft at a speed of 100kt, it has turned science fiction into a reality,” added Anton Zajac, the co-founder of Klein Vision. 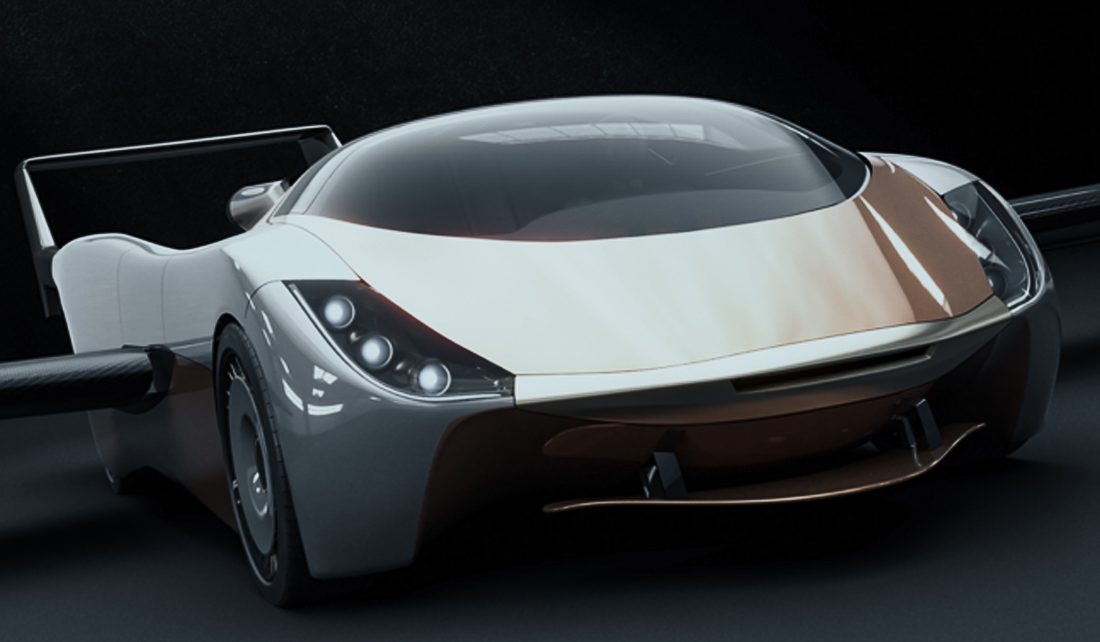 Klein AirCars are envisioned in a few models, namely a 2-seater, 4-seater, twin engine and amphibious versions. It was first conceived as a shape, evocating dynamic and attractive form predominantly built from an advanced composite material. In the car mode, the object generates downforce using spoiler and elevator pitch whereas in the aircraft mode the entire surface generates lift. Lift body concept includes future development for the spacious interior and for its many models. 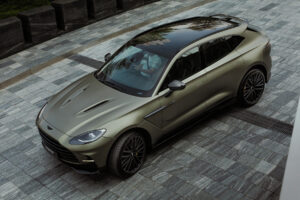 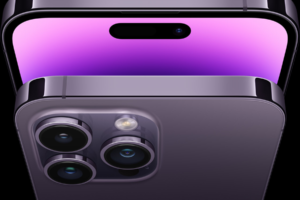 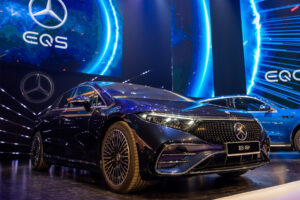 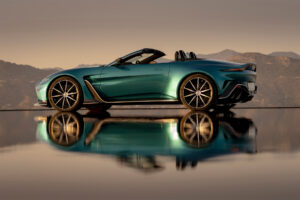 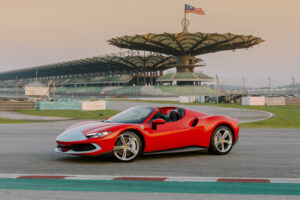