This year marks a particularly special one for Girard-Perregaux, as it celebrates the 230th anniversary of its founding. It is also the same year, in 1791, when William Gregor, an English clergyman discovered titanium – an element named after the Titans. And with the launch of the Laureato Absolute Ti 230, this new model pays homage to its incredible milestone, while uniting two great stories that has made what Girard-Perregaux is today.

To craft the new Laureato Absolute Ti 230, the watchmaker has gone with Grade 5 titanium, chosen for its particularly strong, corrosion resistant, lightweight, and hypoallergenic attributes that enrich the wearer’s experience. Another reason Grade 5 titanium was selected is because this metal can be polished, as can be seen on the Laureato Absolute Ti 230. The watch presents itself in a 44mm lightly sandblasted case that encompasses polished facets, providing a subtle contrast and a clean, striking gleam. 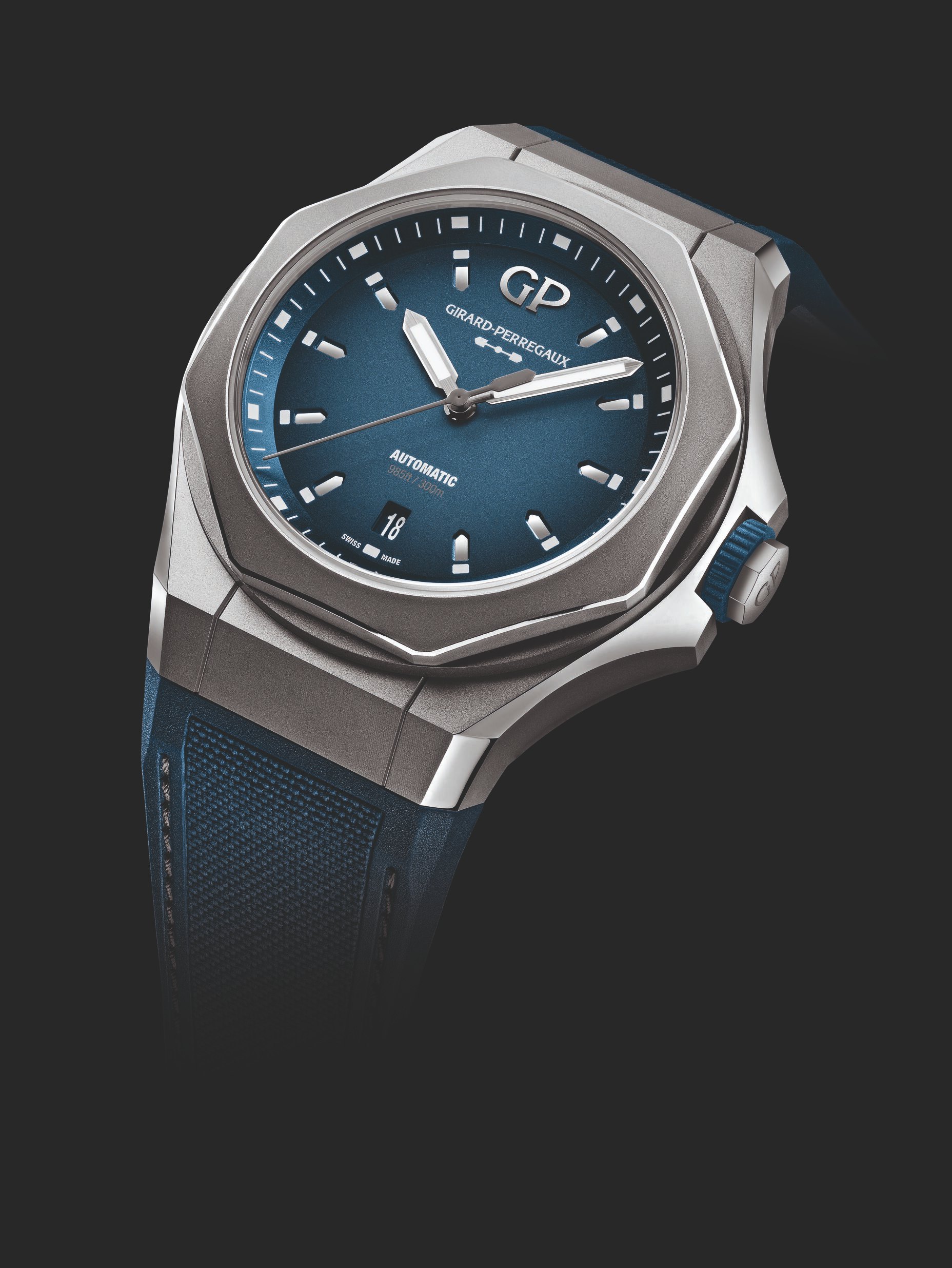 Available in blue or grey dials, the Maison, for the first time, offers a Laureato Absolute where the crown is encircled with a rubber ring that matches the hue of the rubber strap. The dial itself is of a sandwich-type construction, comprised of an upper layer, perforated with numerous openings, sat upon a lower layer. The apertures in the upper layer afford partial sight of the lower layer, presented in grey. This design approach results in the apertures forming recessed luminescent baton-type indexes, to play with depths in design while heightening the overall look of the dial.

At the heart of the Laureato Absolute Ti 230 beats the self-winding Manufacture movement, the Calibre GP03300-1060. It’s comprised of 218 components, with a power reserve of 46 hours. 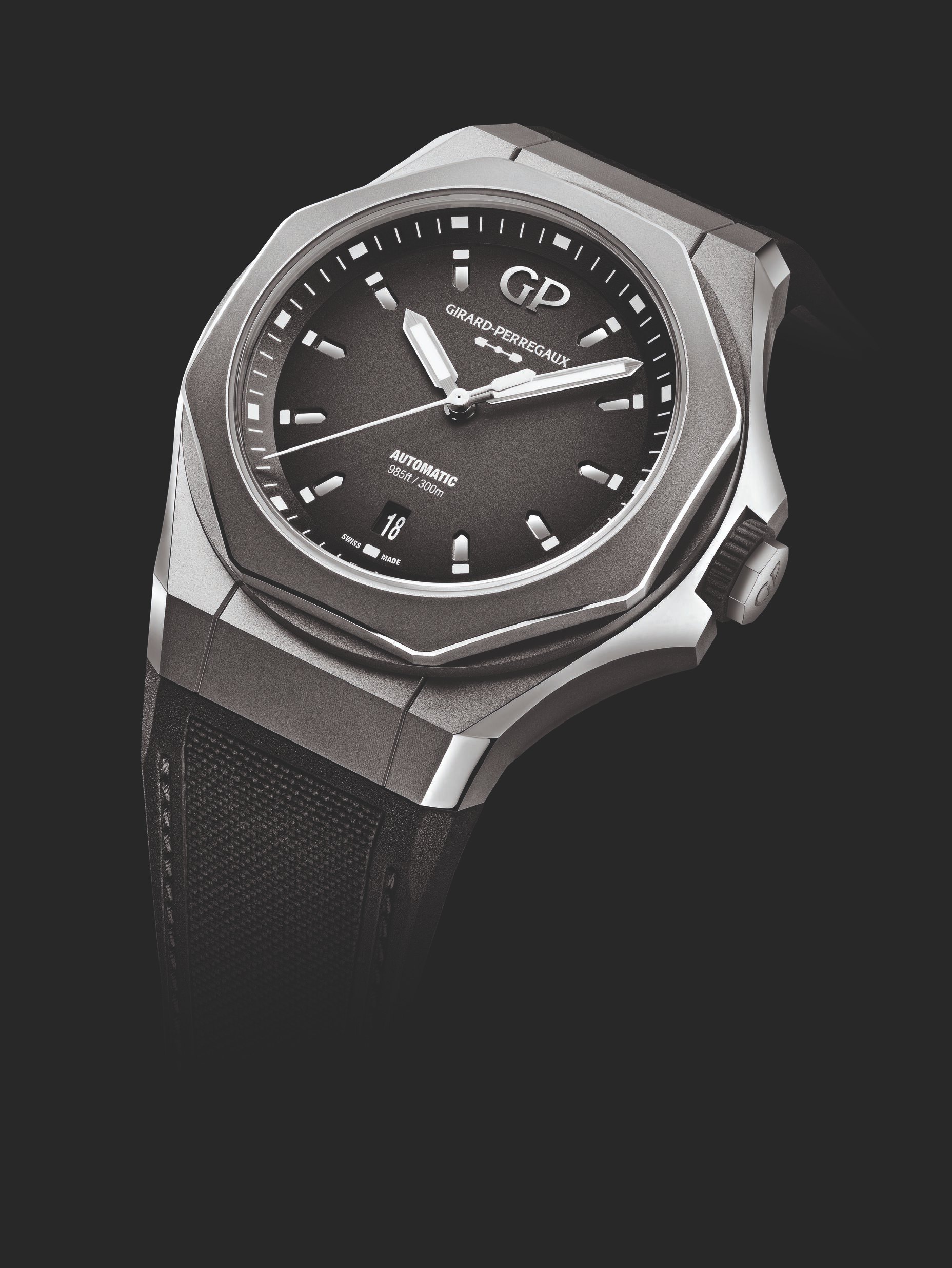 Finishing the watch it the integrated strap – a characteristic that can be found on the original model released in 1975. Fashioned out of GP Rubber Alloy, this time containing titanium, the features a fabric effect texture that’s enlivened with grey stitching. FKM rubber was selected specially by the watchmaker for its greater suppleness and resistance compared to conventional rubber. As another nod to titanium, the Manufacture chose to pair the strap with a titaniu folding clasp with a micro-adjustment system. 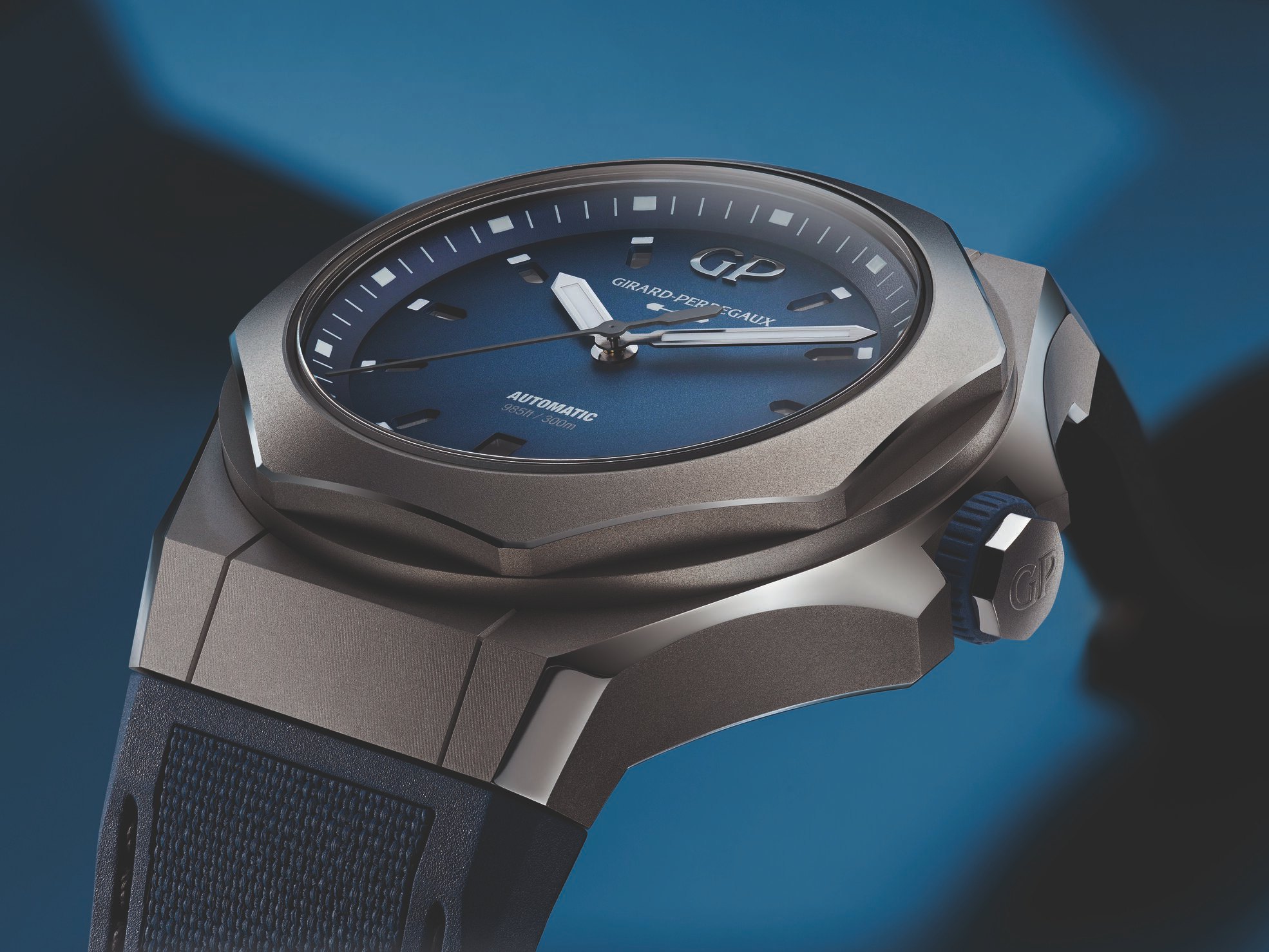 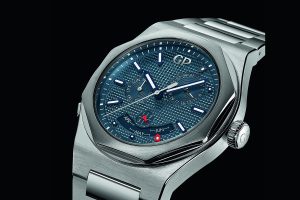 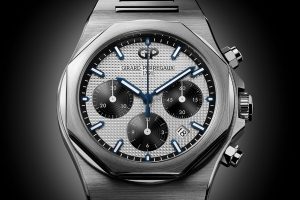 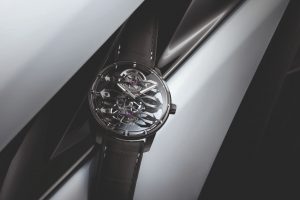 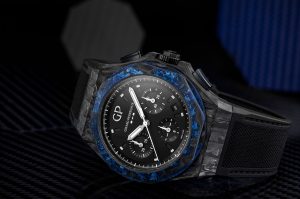