From arriving in flashy sports cars to parading in diamond-adorned gowns and jewellery, these stars sure know how to steal the spotlight.

It has taken 25 years for Hollywood to feature a film comprising an all-Asian and Asian-American cast, so there’s no way the premiere of Crazy Rich Asians was going to be anything short of grandiose.

Living up to the title of Kevin Kwan’s international bestseller, the cast shook the film’s red carpet (or rather, emerald for change) premiere at Hollywood’s TCL Chinese Theatre Tuesday night. From arriving in flashy sports cars to parading in diamond-adorned gowns and jewellery, these stars sure know how to steal the spotlight.

Is it a case of art imitating life or life imitating art? See for yourself below.

Constance Wu shows up in a Rolls Royce Ghost, dressed in a stunning Ralph and Russo couture gown with approximately 100 carats of Lorraine Schwartz diamonds. We call that an entrance.

“It is very emotional being here tonight. I can’t believe it,” said the Chinese-American actress who plays the lead character of Rachel Chu. “I’m a girl from Henrico, Virginia, whose grandparents were bamboo farmers. I didn’t know anyone in the entertainment industry when I first started. I was just a little girl who liked to sing. To be a part of this movie that gives Asian-American’s a voice is the privilege of a lifetime.”

Last night was nothing short of a dream come true… My wife was a vision ❤ Thankyou @Tomford for bringing back that old Hollywood charm, it was an honour. @livvlo 👗: @farahkhanofficial My⌚: @cartier Tank solo

Our own Malaysian heartthrob, Henry Golding suited up in an ethereal blue Tom Ford number with a Cartier Tank to complement. Also present in his support was wife and TV host Liv Lo in a feather-and-sequin Farah Khan frock; as well as his parents.

See also: #MrandMrsGolding: Henry Golding and Liv Lo on life after ‘I do’

Can’t even begin to explain how amazing it was to have my parents there on the carpet last night, made everything complete. My buddy @sign365 flew out last minute to complete our little gang 😎

“I’m proud that my role is normalizing faces and not categorizing Asians into certain stereotypes,” he said of his lead character Nick Young, Rachel’s ultra-rich and charismatic boyfriend. “Asian men are sexy, confident, and passionate—and three-dimensional. We want the opportunity to portray roles that reflect who we are in real life. Kevin and Jon (M. Chu) are making that happen.”

Tan Sri Michelle Yeoh – who has been switching between with her roles as Eleanour Young in Crazy Rich Asians and Captain Philippa Georgiou in Star Trek: Discovery – turned heads in an aubergine Armani Prive dress. Adding shine and glamour to her look were Bulgari jewellery and a Richard Mille watch.

“It’s like the dragon,” Yeoh said in a separate interview, referencing her character of Nick Young’s protective mother. “It was so charming to play that role, because she was like the queen mother. And you get to wear all these fabulous clothes and jewelry and hair — because she’s always impeccable.”

The only way to make an entrance.. #crazyrichasians #premiere #astrid #ferrari

We can all take some time to appreciate this gold sequinned Oscar de la Renta sheath dress on the gorgeous Gemma Chan (who plays fashionista Astrid in the film) – and against that sexy red Ferrari too.

More pics from last night…still processing everything in my brain. It’s been such an intense week with this amazing movie @crazyrichasians finally coming out and filming @nbcsuperstore at the same time. I’m excited, exhilarated and exhausted in the best possible way. I’m overwhelmed with emotion. I’m so glad I was able to share this whole experience with my wonderful mom, my amazing boyfriend @zekerchief and my incredible bestie @eyancandini. ❤❤❤

Filipino Nicos Santos has a bit of an upper hand when it comes to dressing up, given his background in fashion. “I used to work in retail,” he said while exuding style in a meridian blue Paul Smith getup. “Neiman’s, Dior, Jimmy Choo… after my shift, I would go do open mics.”

Last night’s #CrazyRichAsians Premiere: 🔥🔥🔥 We are even more pumped for August 15. Who’s with us?

What a way to build up the hype for Crazy Rich Asians, which opens in theatres on August 15, 2018! 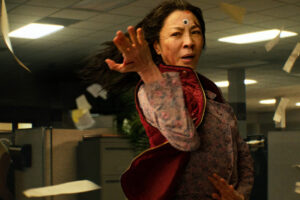 How Everything, Everywhere, All at Once enforces kindness over conflict 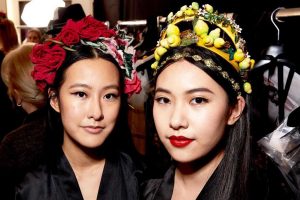 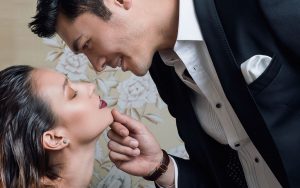 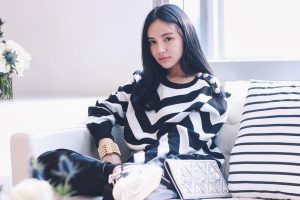 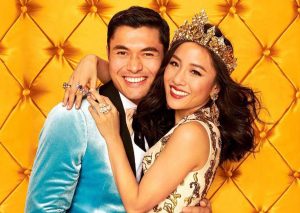