Harvested, brewed and bottled by a local artisan distilling family in Amatitán, it is a stellar tequila that had remained a private taste – until now.

For generations, the most discerning tequila appreciators of Amatitán, Mexico – the actual birthplace of tequila – have been closely guarding a secret.

Mexico’s most respected families and Los Bajos’ finest jimadors all sip on the El Tequila Privado, or translated to English, the Private Tequila. 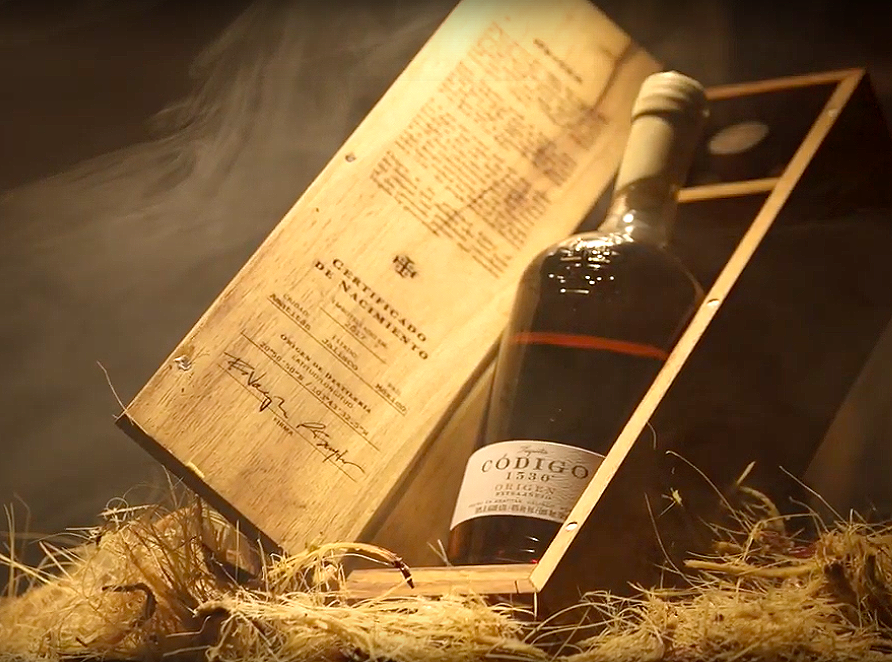 Crafted in Amatitán in the state of Jalisco, the prized tequila garnered the name because it existed purely to satisfy the discerning palates of its benefactors. It bows to no commercial pressure thus ensuring its excellence in taste and pureness in Mexican integrity. It has remained nameless and unlabelled – until now.

Meet the Código 1530, a label that seeks to bring this exquisite spirit to the world without veering from the centuries old codes and customs of Los Bajos. Harvested, brewed and bottled by a local artisan distilling family, it preserves its very codes for a stellar tequila made for all occasions and enjoyed in equally as varied ways. 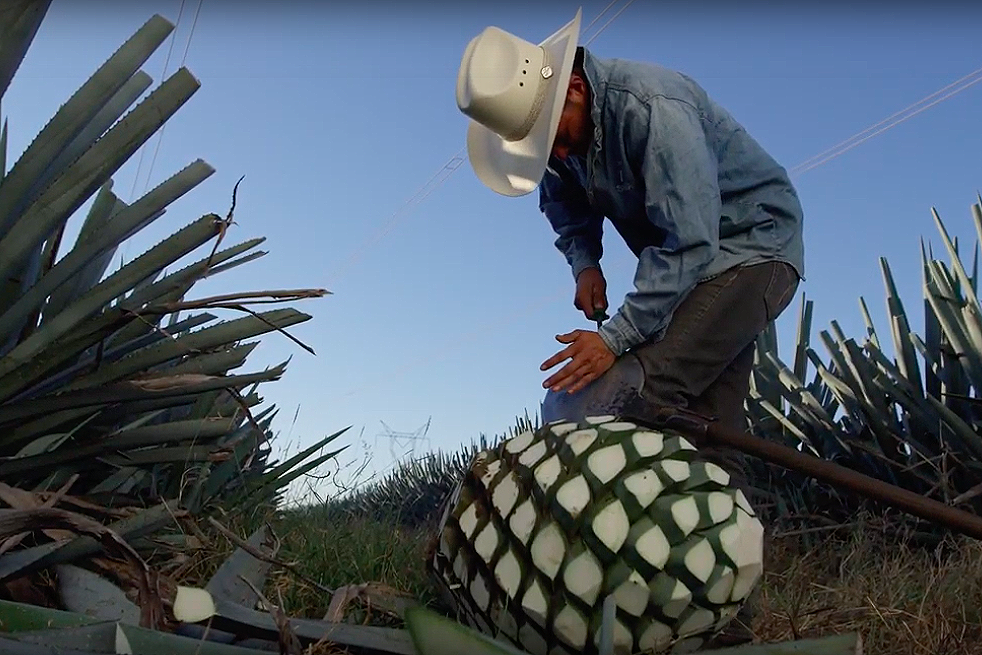 Every bottle of Código 1530 is a product of its 5 codes of production.

For starters, each bottle comes from its hand-built family distillery that to this day is family-owned and operated. The spirit itself is from fully matured agave, exclusively sourced from the best Blue Weber agaves from local farmers who have been growing nothing else but agaves all their lives. 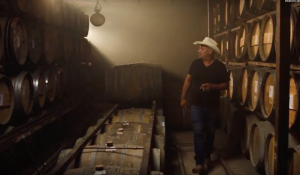 Each bottle also holds 2-3 times the amount of agave than any other label, on top of using the extraction on only the best juice from the first press of agave using the distiller’s proprietary chopper and mill. It is then perfected using a family recipe in a process perfected over five generations of the family.

The finishing touch is its ageing process, which has it aged to taste, instead of the commercial time. The baker’s yeast used in it is fermented for up to 7 days, using only distilled volcanic spring water. The ageing itself only takes place in award-winning cabernet sauvignon barrels from Napa Valley, California. 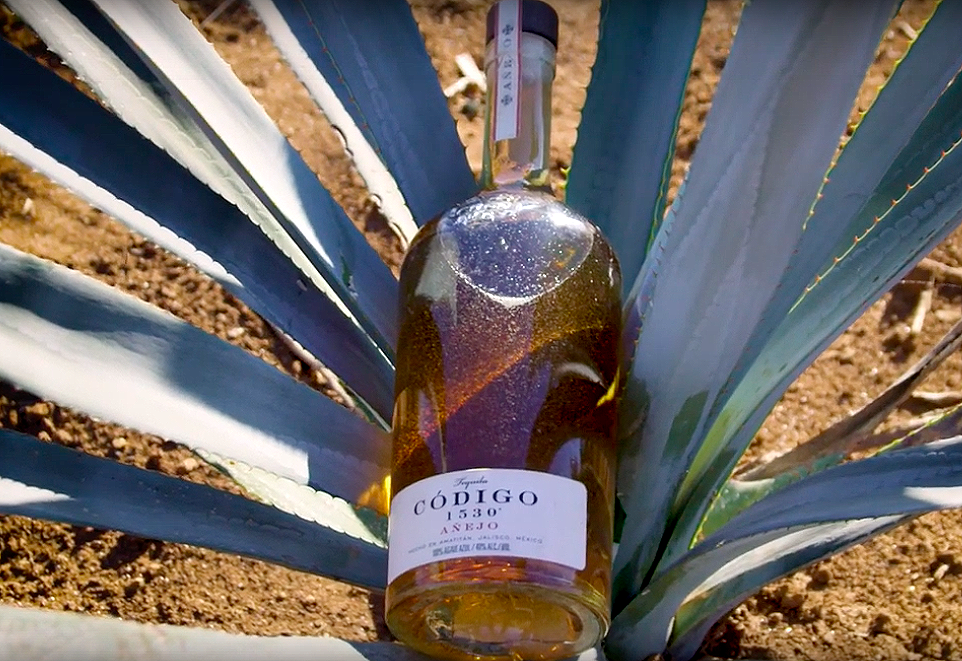 3 codes it lives by

From its making to its taste, each drop of Código 1530 is a personification of the three codes its brand and family live by.

It honours its heritage by means of the brand and name – it proudly bears the Jerusalem Cross as its symbol, which is also emblazoned on the state flag of Jalisco. The 1530 in its name is in reference to the founding year of Amatitan, which has long bore the title as the birthplace of tequila, hence its motto, “Donde Todo Comenzó” – “Where It All Began”.

It honours its community by being proudly made in Mexico by Mexicans. Everything on and in the bottle will always be made in Mexico, by the Mexican people. In fact, one of its secret ingredients that gives it its refined finish is one organic family baker’s yeast used in the fermentation process, found only in Amatitán. They are cultivated for generations by the hands of the local craftsmen, who continue to make the tequila by hand.

Last but not least, it honours the land by using only naturally filtered water that percolates down through the volcanic soil of Los Bajos. 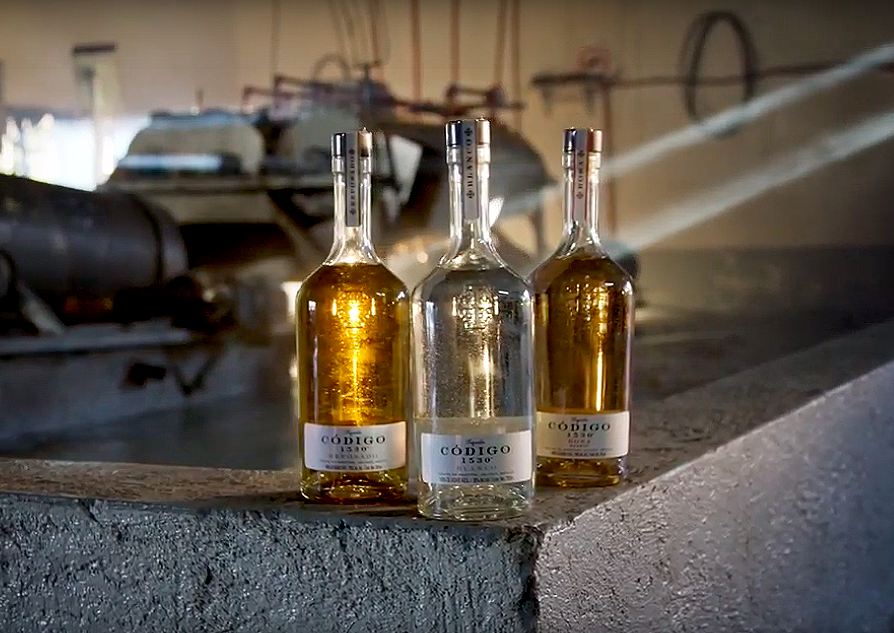 Código 1530 is a tequila of Mexico in spirit, from the people to the land. It is proudly made with zero additives, sweeteners, flavouring, colouring or chemicals, only perfect inputs of agave, water, yeast and time for the most selective tequila in the world.

Have a look at the full collection below: 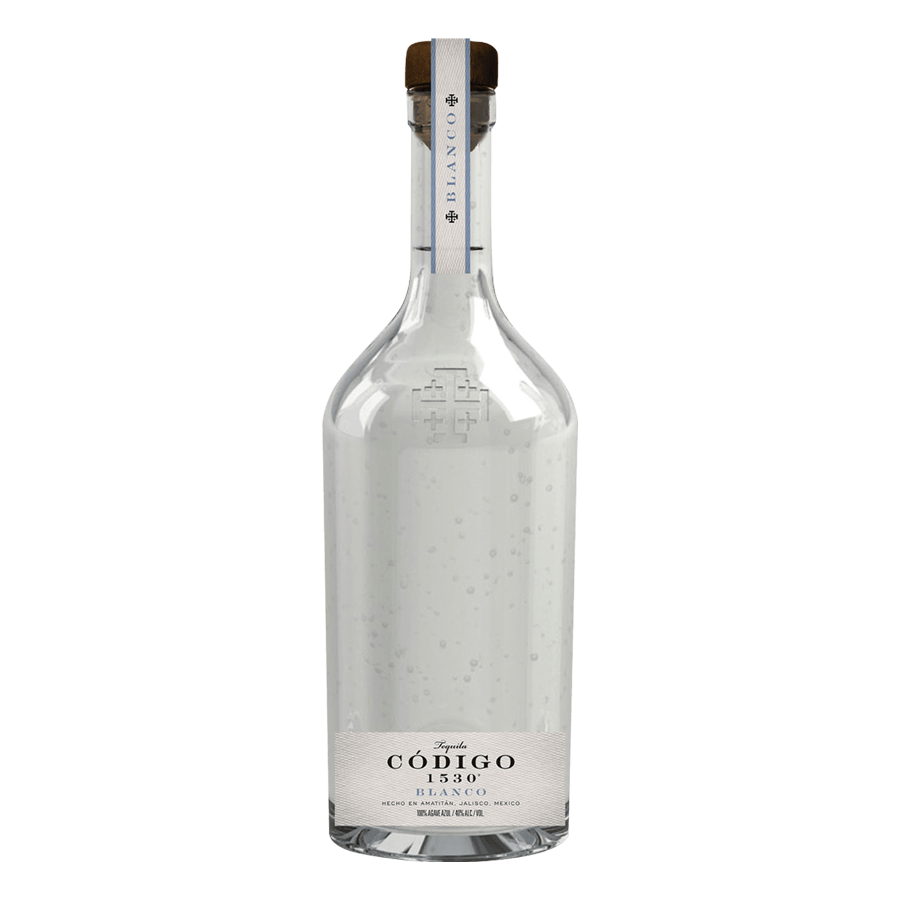 Código 1530 Blanco is the expression that best reflects the pure taste of the distiller's perfect inputs. It is made using only fully mature agave aged over 7 years, ensuring each agave’s Brix level (sugar content). It is unrested, never touching a barrel, so that the rich flavor of agave can be fully appreciated. The result is a tequila shining with an earthy, mineral character that balances the citrusy sweetness beautifully. 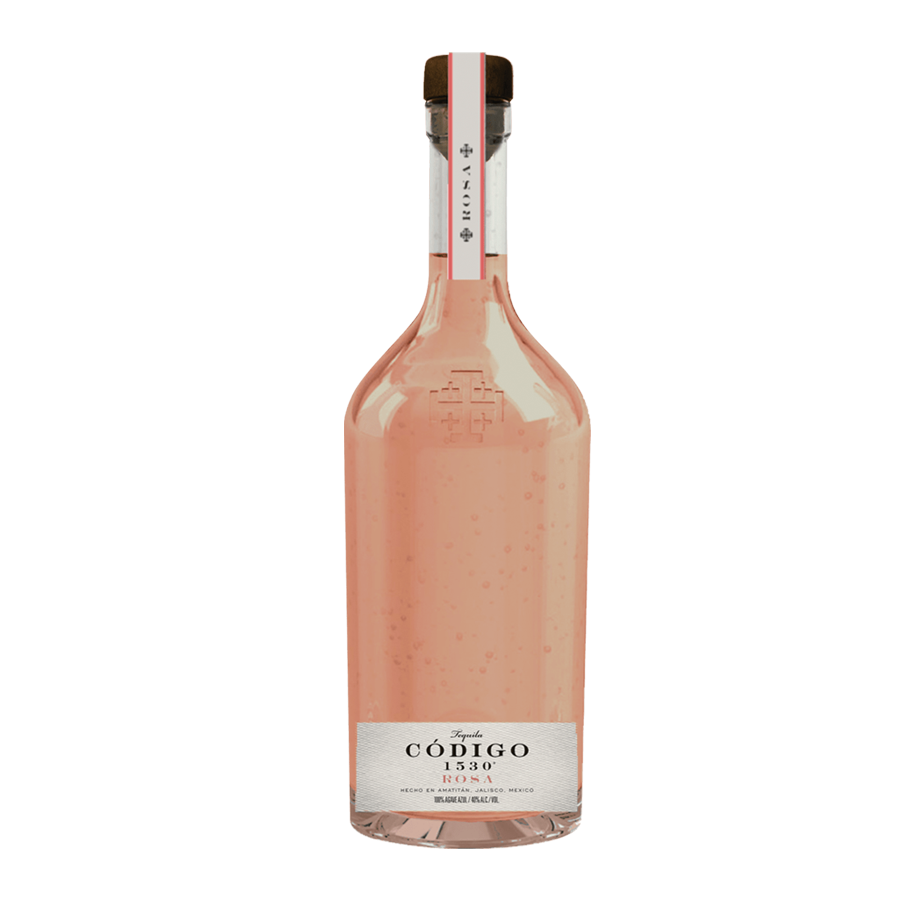 Código 1530 Rosa begins with the purity of the Blanco, then is rested for 1 month in uncharred Napa Cabernet French White Oak barrels. The result is a refined spirit with a natural color as beautiful as its taste. The Rosa has rested just long enough in our fine Cabernet barrels to enrich the natural agave juice, without overpowering its delicate floral notes. Codigo leaves its Rosa barrels uncharred, allowing the Cabernet to interact directly with the tequila imparting a subtle pink hue and light floral finish. This tequila leads with bright agave character and finishes with the soft floral notes of Cabernet. 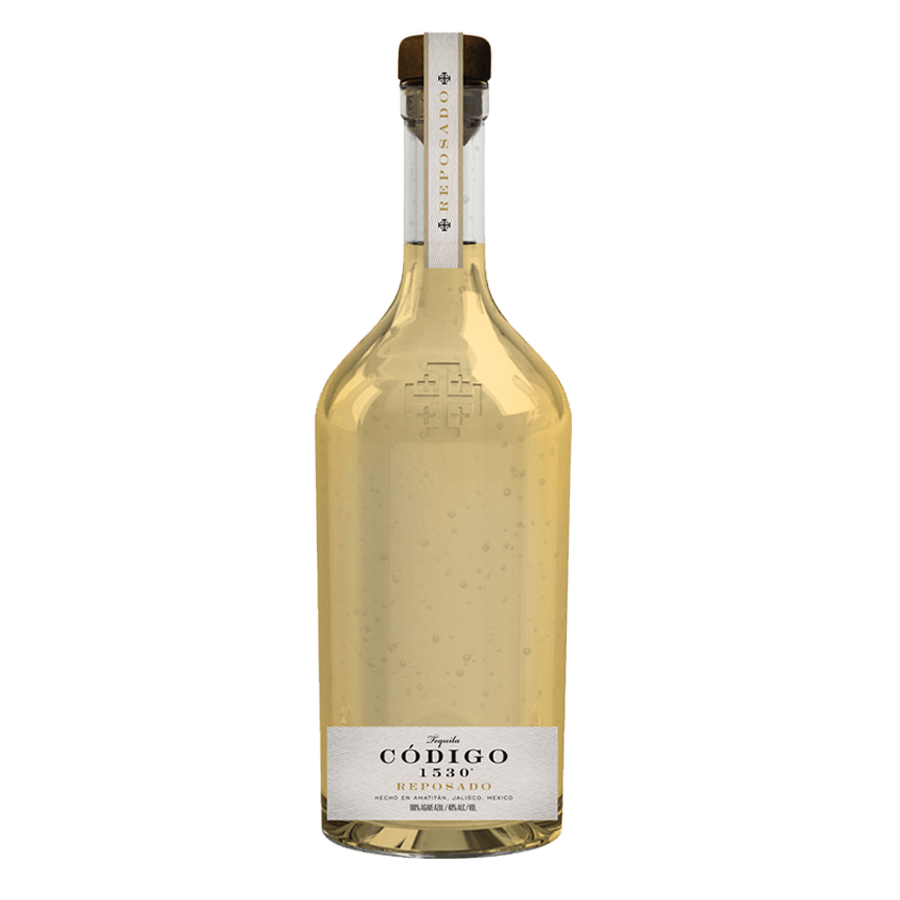 Código 1530 Reposado combines the purity of its Blanco and the elegance of our aging process. Aged for six months in the finest Napa Cabernet French White Oak barrels, Código 1530 Reposado embraces the agave-driven flavors of Los Bajos tequila, with subtle hints of many of the signature flavors found in whiskeys. Its ageing barrels are charred by hand on-site at the distiller's private distillery in Amatitán. The Reposado is aged to taste instead of time, adhering to a time-honoured family aging process, resulting in bright, sweet agave notes with the added complexity of vanilla, toasted caramel and subtle cocoa powder. 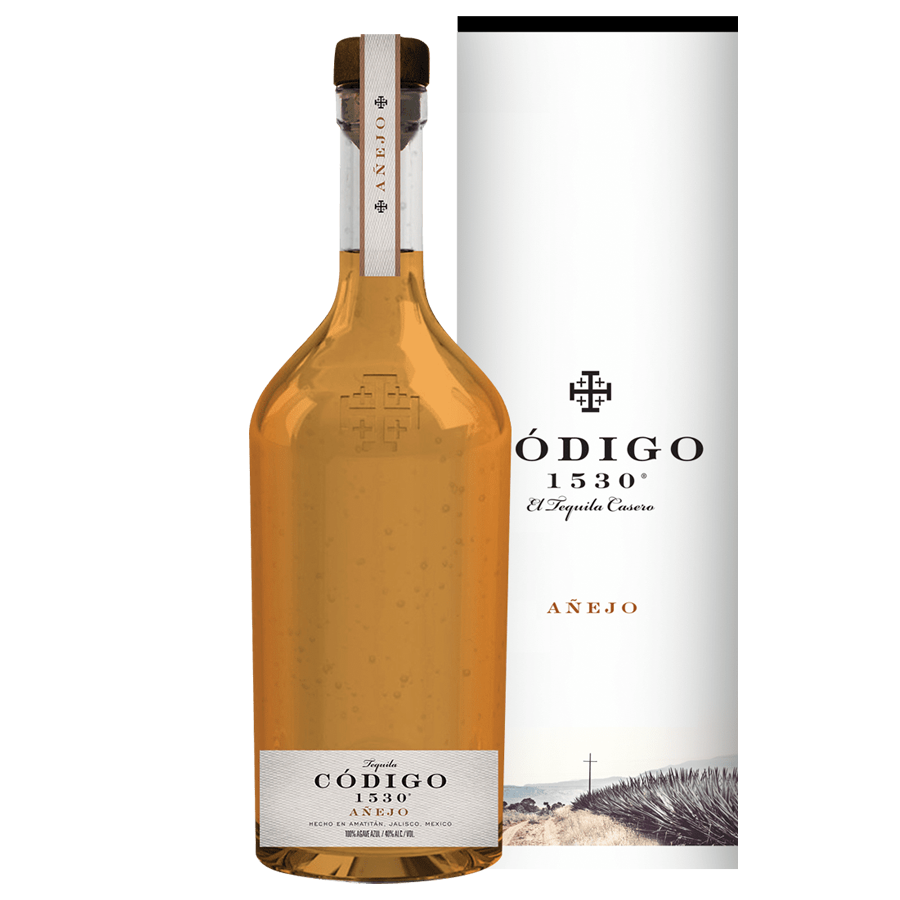 Lauded by Tequila experts as the finest Añejo tequila available, the Añejo is a private recipe refined over many generations by an artisan distilling family in Amatitán. It is aged for 18 months in the finest Napa Cabernet French White Oak barrels for flavours that are refined, elegant and expressive with hints of fruit, mingled with oak, touches of vanilla and a bit of spice. 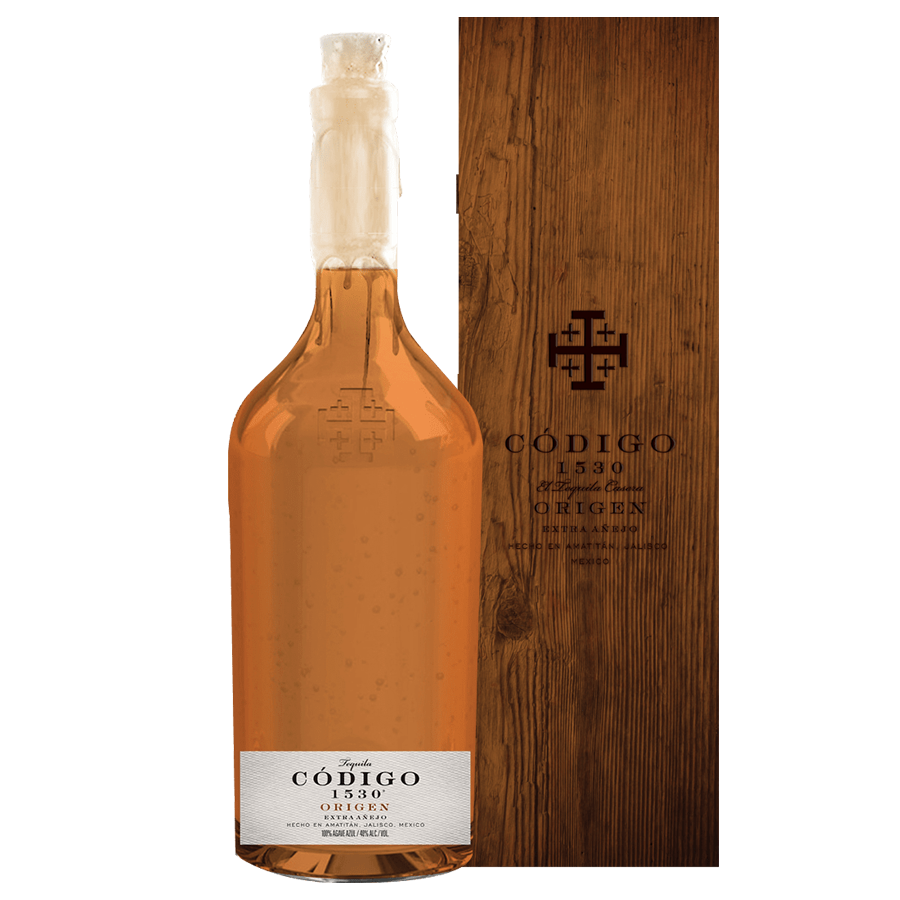 Código 1530 Origen is lauded by spirits experts as the most decadent Extra Añejo tequila available. Its complex flavour profile – crafted with great care over time – combines the refined palate of an aged tequila with many of the tasting notes typically found in aged whiskeys and fine cognacs. It is aged 6 years in the finest Napa Cabernet French White Oak barrels, making it one of the oldest and most refined Extra Añejos on the market. It is the legacy of of the distiller's private family recipe with aromas of spice, vanilla, caramel and sweet oak that lend to a robust palate teeming with flavors of dried fig and cinnamon. 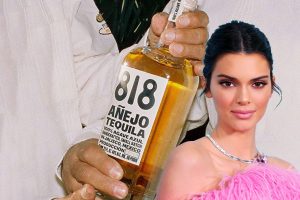 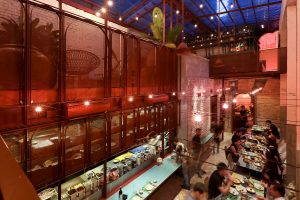 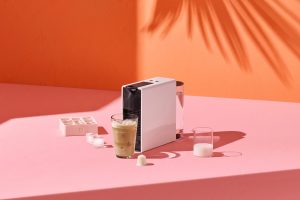 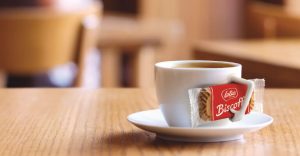 Why Lotus Biscoff has taken over our bakeries