Is it a new type of coffee? Does it have to be served cold? We speak with Ian Eu, co-founder of Pan & Tamper who debunks seven myths about cold brew.

If you’re a coffee addict or a regular café hopper, chances are you have probably tried or at the very least, seen a bottle of cold brew coffee.

You may have also heard several things about the drink, such as “cold brew must be served cold” or “cold brew is made from old coffee beans”, which may or may not have deterred you from trying the drink or making it your regular.

But are these rumours about cold brew really true or are they simply misconceptions about what could potentially be your favourite type of brew? We speak with Ian Eu, Co-founder and barista at Pan & Tamper to debunk seven myths about the drink.

This is an understandable misconception, since the drink is called “cold brew” after all. However, the term serves to differentiate it from the common brew (espresso), which requires heat in the brewing process, whereas cold brew does not. “You can actually start cold brew anywhere from room temperature and below, so it is not necessarily brewed in ice cold water,” Ian clarifies.

Like the first myth, this misconception is often derived from the name of the drink; yet it is usually but not necessarily the case for cold brew to be served cold. “You can actually drink cold brew at any temperature you wish. If you want to heat it up, that’s up to you,” Ian says. “The best selling point of cold brew is that it’s ready-made, so you can just grab it and go, then drink it whenever and however you want.” And that leads us to our next misconception.

Myth #3: Cold brew can only be drunk on its own

This could arguably be the greatest limitation to cold brew as we know it, so it’s a good thing that it’s false. “In actual fact, you can use cold brew for many things – cocktails, mocktails, cake, ice-cream – you can utilise cold brew for any of these and still bring out the flavour,” Ian tells. Of course, if you want to get the fullest taste and experience of cold brew, then you should probably drink it on its own, but that doesn’t mean there’s only one way to consume the drink.

According to Ian, cold brew is actually simple to make, albeit a long process. While espresso takes you maybe 30 seconds with a press of a button, a good cold brew takes about 48 hours to make. Thus, the reason you can’t get a cold brew from a cafe once it’s sold out is not because it’s difficult to make, it’s simply because the barista can’t manipulate time.

Myth #5: Cold brew is made from old beans

This belief is commonly held by those who’d find a way to use old coffee beans, but that will not justify the quality of cold brew you may get (which means you aren’t giving cold brew fair treatment). While cold brew may be more forgiving on the age of the bean, there is still a loss of character if the beans are kept for too long. “For bigger companies, they usually roast a big batch and then start brewing until the batch of beans finishes. By that time, we don’t know how fresh and consistent the beans are, so I personally would not recommend that,” Ian divulges.

So how old is too old, even for a cold brew? “Generally, the prime for a house blend is between 9 to 14 days after roasting. Cold brew, on the other hand, you’re looking to start brewing at two-and-a-half to three weeks after roasting,” he tells.

Now this is one thing many sources will tell you, even some baristas themselves. Well, you can probably trust baristas on their own home brews, but that’s not the standard for cold brews everywhere. The truth is, there’s a lot of factors that come into play, such as the type of coffee bean, roast level, brew time and coffee to water ratio. “Our cold brew has more of a tea-like experience. You can get heavy body cold brews in other places, but we keep our blends light here (at Pan & Tamper),” Ian shares.

Myth #7: Cold brew is a new type of coffee

Maybe, if this was the 1600s, when the Dutch reportedly introduced the cold brew process, or the 1950’s when its popularity peaked in America and Europe. But it clearly says 2017 on our calendar, so no, it’s not a new type of coffee and it’s definitely not only for millenials (as some allegations propose). Good news for everyone!

Now that these myths have been debunked, you may still ask, what’s a good reason for you to try cold brew?

“With cold brew, customers get a different experience of coffee. When you blend coffee through the espresso machine, all the flavours are compressed together so you may not be able to pick them up. For cold brew, the flavours are more spread out so it’s easier to pick up the notes,” Ian reasons.

Having tried cold brew for ourselves, we definitely agree with Ian and believe it’s worth giving the drink a try. 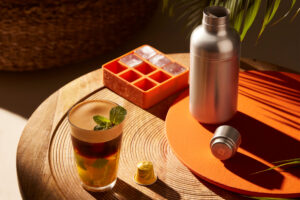 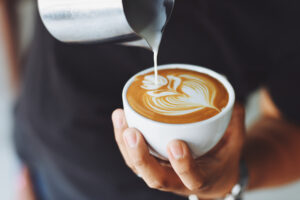 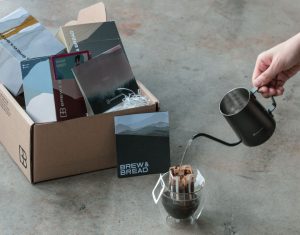 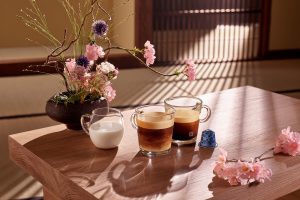 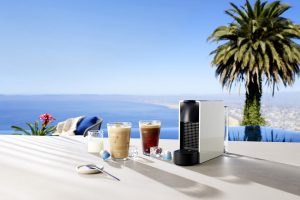