Ladies, don’t wear your stilettos in Greece; gentlemen, put on fitting swimwear before heading to France’s beaches and pools; and children, don’t build sandcastles in Italy.

Travelling to a new country can be one of the most exciting experiences in the world…until you suddenly find yourself in trouble with the local authorities for goodness knows what.

Briton tourist, Jamie Harron learnt that first-hand after an unfortunate incident in Dubai recently, where he ended up in jail from touching a man’s hip to avoid spilling his drink at a bar. Fortunately, he has since been released from a three-months sentence for public indecency by special order from the ruler of the emirate.

As ridiculous as his case (and many others) may sound, the fact remains that ignorance is no exception to crossing the law. Thus, here are some unusual laws and bans around the world to know before you travel, lest you face the same fate as Harron.

No feeding the pigeons in Venice and San Francisco 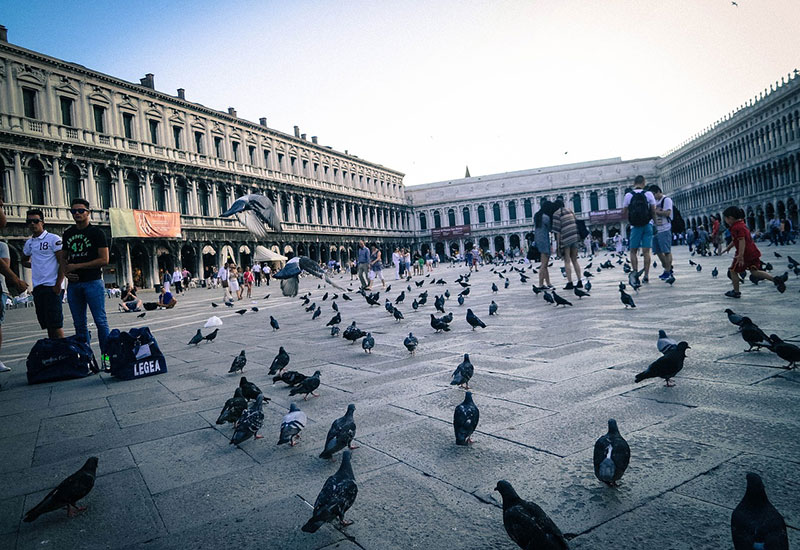 Unless you want a fine, refrain from feeding the pigeons in San Francisco or in Venice’s Piazza San Marco. Both cities have banned the act since the pigeon population has grown out of hand, causing damage to statues and requiring much cleanup.

Keep your hands to yourself in the United Arab Emirates

Yes, even if you’re married or engaged. Couples are not allowed to hug, kiss or even hold hands in public as these are considered acts of public indecency which can land you in jail, like Harron. Non-married couples are also not allowed to stay in the same hotel room, so do take note of that if you’re planning to visit the country with your significant other.

Don’t wear your stilettos in Greece 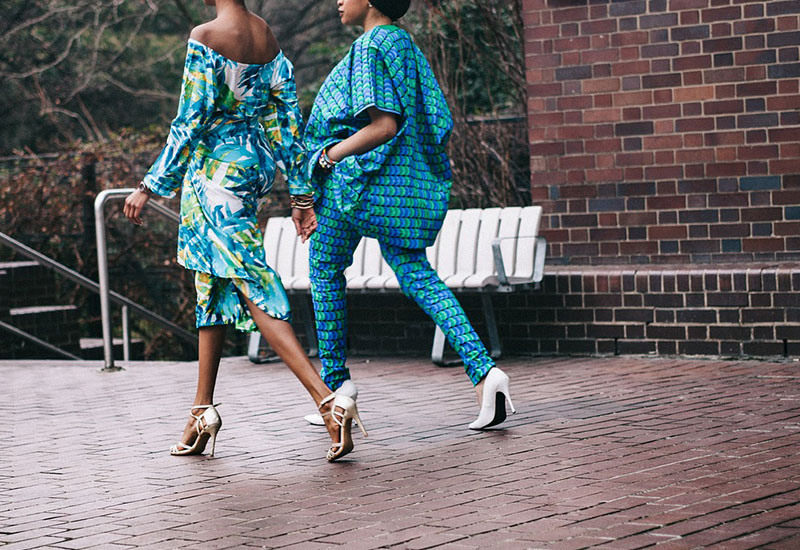 Did you know that the pressure you assert when walking with stiletto heels is equivalent to or more than that of a four-ton elephant standing on one foot? Yikes, no wonder Greece has banned heels around its landmarks and monuments to prevent damage and threat to preservation efforts.

Fuel up before driving on Germany’s Autobahn

In Germany, it’s illegal to run out of gas or pull over on the Autobahn, so make sure you fuel up before driving on the popular highway. But we guess that’s a reasonable ban for a no-speed-limit highway, right?

Wear proper shoes and glasses when driving in Spain

If you don’t have perfect vision and you’re planning to rent a car in Spain, do put them on before you drive to avoid a fine. Also, it’s illegal to wear slippers or flip flops when driving, so make sure you’re wearing shoes – even if you’re only heading to the beach.

Cover up before heading to the beach in Barcelona

You think only the driving laws are strict in Spain? Think again. It’s illegal to wear a bikini or swimsuit out in Barcelona, until and unless you are AT the beach, so make sure to cover up before you enter or leave the shore. 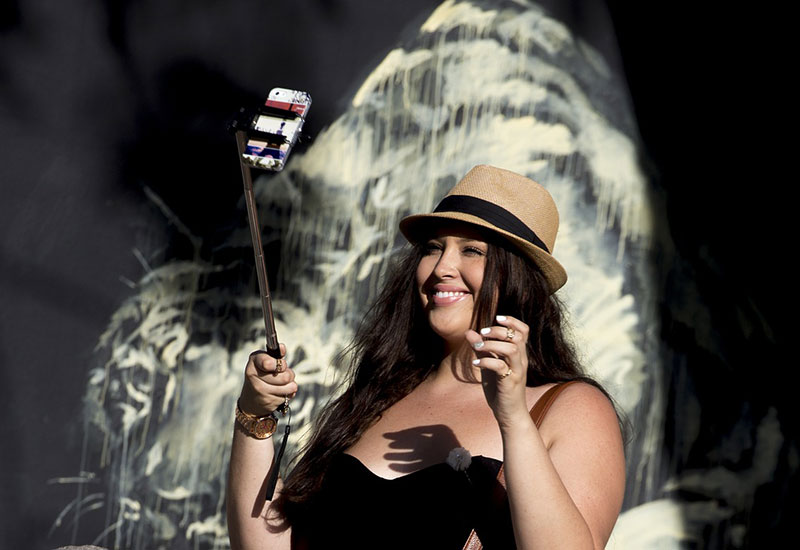 After cases of selfie sticks causing damage to art pieces, landmarks and other tourists, the government has banned the equipment at various public areas. Eating and drinking near these landmarks are also prohibited to curb litter problems around the city.

Always watch where you’re walking, especially in Thailand. Stepping on Thai currency – accidentally or not – is a serious criminal offence, punishable with up to 15 years of imprisonment. That’s how much they love and respect their king, so don’t take the baht lightly!

The camouflage pattern is specially reserved for the army in Barbados, so don’t wear the print when visiting RiRi’s homeland. Offenders may be fined.

Always keep your headlights on when driving in these countries

Here’s another peculiar driving rule – it’s mandatory to keep your headlights on when driving in Canada, Sweden, and Norway – even in the daytime. A few states in the US (like Alabama and California) also abide by this law; and failure to do so may result in a penalty.

Gentlemen, make sure you pack fitting swimwear when travelling to France. Otherwise, you may miss the opportunity to swim at the country’s beautiful beaches and public swimming pools as “loose swimwear” are not allowed there. You won’t necessarily get into trouble with the law, but you may end up disappointed when they forbid you from using the amenities. 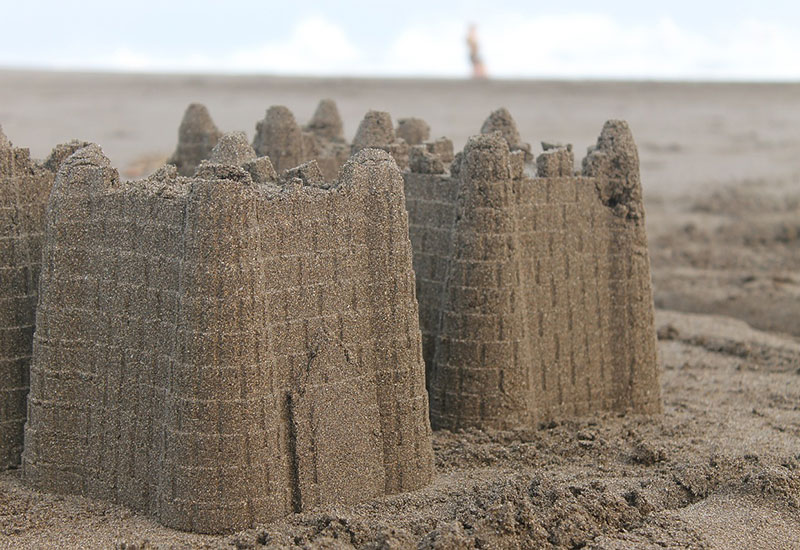 One might think something as innocent as building sandcastles would never be an issue anywhere, but apparently it is in Italy. In order to avoid any obstacle in case of an emergency at sea, and to keep sand sculptures from blocking the sea view for tourists, building sandcastles is a no-no at Italy’s beaches.

There are too many bans in North Korea to keep count, but this might be one of the most shocking ones of all (considering the reason behind it). Wearing blue jeans is against the law in the country as the article apparently symbolises “American Imperialism”.

No Kinder Surprise candy in the United States

Can’t live without chocolate? Well, there’s plenty available in the US, except Kinder Surprise. Banned for potentially being a hazard to kids, you’ll have to leave behind the popular egg-shaped chocolate treat before visiting the States. 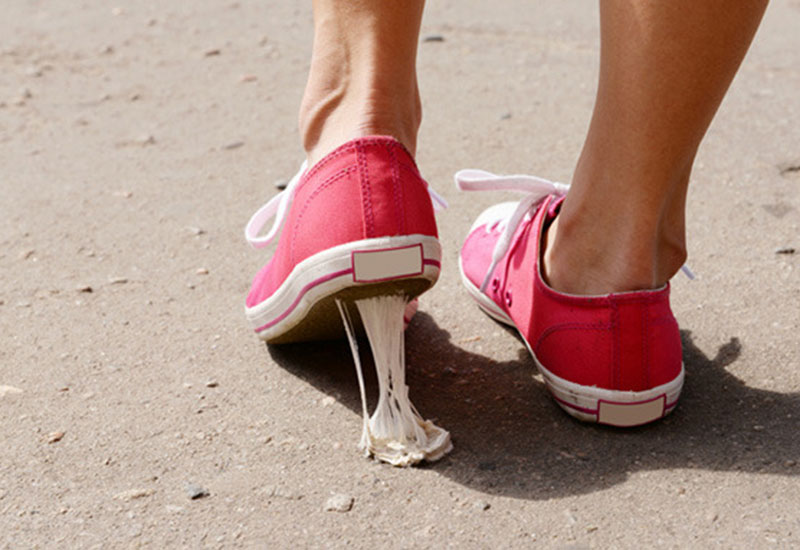 There’s many reasons why our Southern neighbour manages to keep its city clean, and this could be one of it. Since 1992, Singapore has banned gums (except for health-related purposes) due to excessive gum litter and damages to public transport. Importing or selling gum can earn you a hefty fine or worse, jail time. 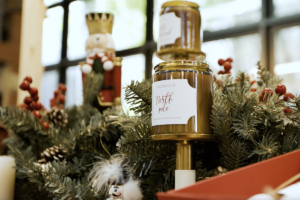 A Christmas market unlike any other at Sentul Depot 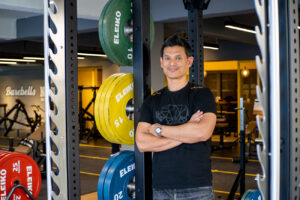 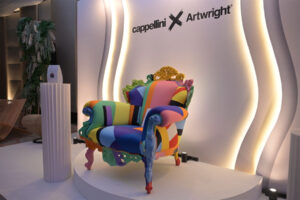 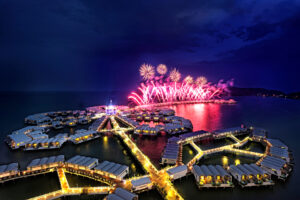 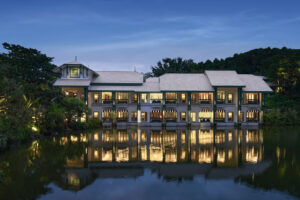